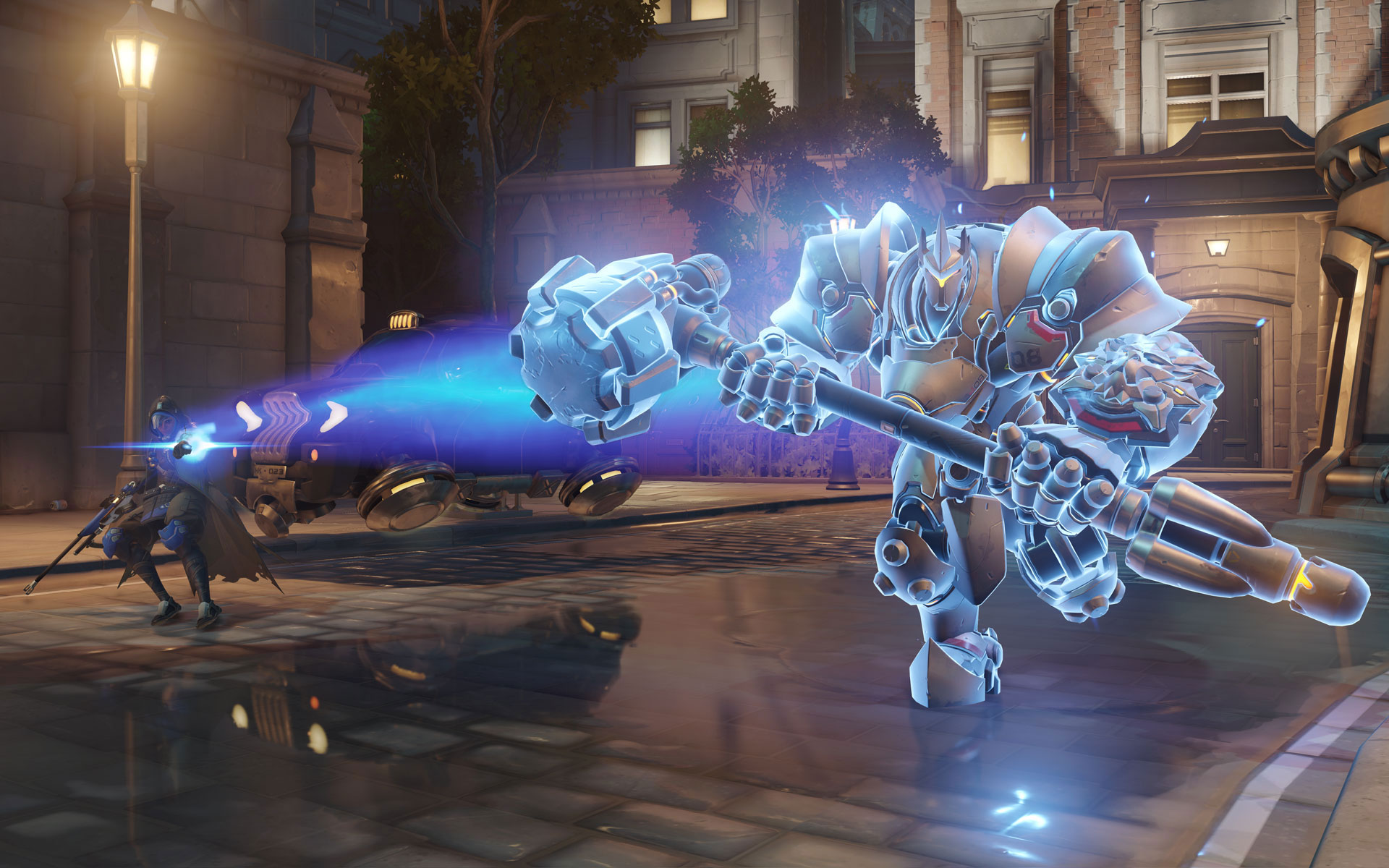 How’s this for an unconventional team comp? Reinhardt, Zarya, Winston, Roadhog, and D.Va—all supported by one Lucio.

The whole team pushes right into the right side hotel and forces FTD off the point and out of position. It works for two reasons: It’s a strategy that FTD would have never seen coming. With a push so forceful, there’s not nearly enough time for FTD to swap heroes to a more suitable composition. Likewise, the amount of health accumulated by MT1 is simply too great for FTD to be able to do enough damage, especially with a Junkrat and McCree DPS duo.

After capturing the point with one push, MT1 doesn’t drop the tank strategy entirely, but does opt to switch out one for another healer, which is a smart move. They’re too vulnerable with just a Lucio, especially now that FTD sees the composition.

And that’s when an Orisa comes into play. MT1’s Zarya player switches to Orisa as a way to preserve the Reinhardt shield coming around the corner with the payload.

A big Earthshatter from MT1 creates an opening for the team to push past the chokepoint and on an unstoppable course to the checkpoint, but it’s Orisa’s Halt! that knocks the Reinhardt out of position and allows the Earthshatter to land.

MT1’s victory on King’s Row brought the series against FTD to a 3-0 finish. FTD dropped to the tournament’s lower bracket, while MT1 moves on to the semifinals. On Sept. 23, MT1 will face OWPS leader Miraculous Youngster—and it’ll definitely be one to watch.