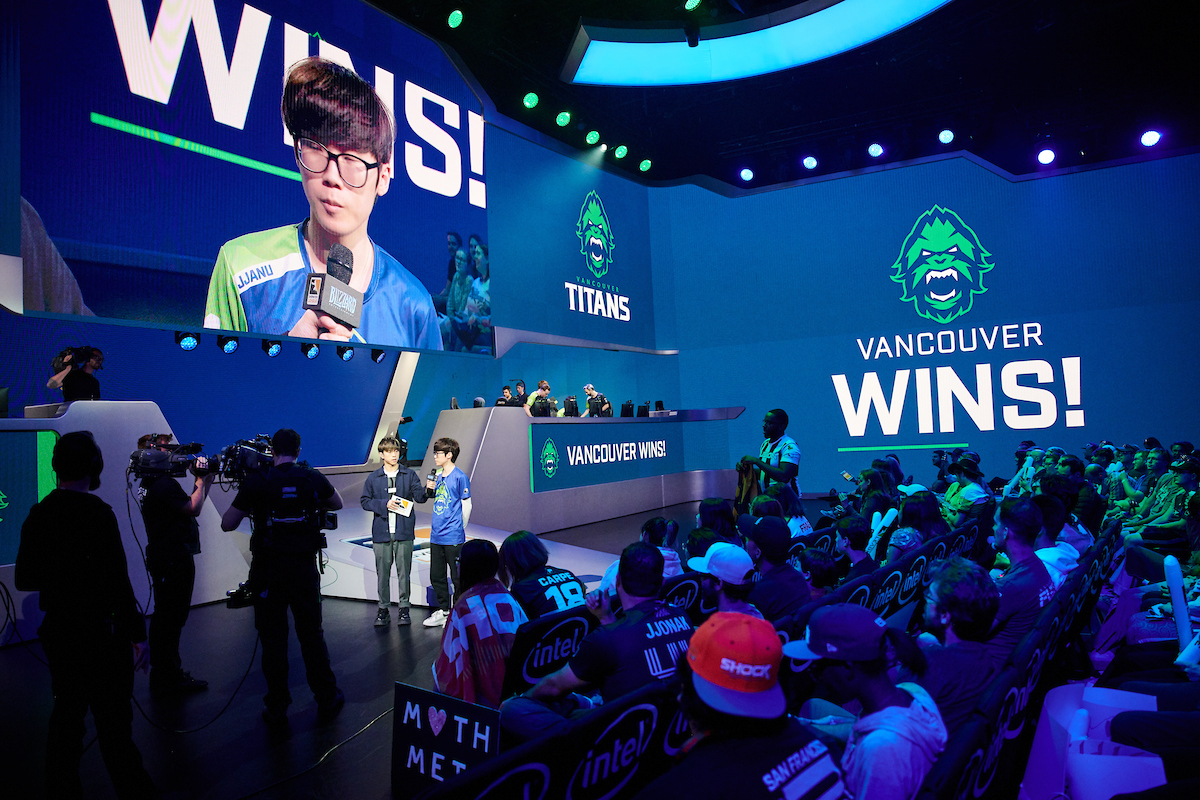 Only two weeks remain until the regular season of the Overwatch League is over. After that, six teams will instantly qualify for the season playoffs. Six more teams will battle it out in a play-in tournament for the remaining two playoff slots.

After week three of stage four, some teams already know their season playoff fates. Here’s an update on which teams are in the playoffs, which squads are out of contention, and what matches you should keep an eye on next week.

After a win against the London Spitfire and the Philadelphia Fusion this week, the Vancouver Titans have solidified themselves as the Pacific Division champions. Both division champions get the coveted first or second seed in the playoffs. Previously, the Titans were battling the San Francisco Shock to be the Pacific Division leader. Even after a few losses, the New York Excelsior have maintained their status as the Atlantic Division leaders and will take the second seed.

The San Francisco Shock are still the only other team who have guaranteed themselves a top six playoff spot with their record. The Los Angeles Gladiators, Hangzhou Spark, London Spitfire, and Seoul Dynasty have earned at least a top 12 finish thanks to recent wins. This means that they’re guaranteed to at least be in the play-in tournament once the season concludes.

Even though only four teams are mathematically eliminated, the odds don’t look good for a few squads below the 12th-place threshold, like the Boston Uprising. Despite a win this week, the Paris Eternal’s chances haven’t risen from the dismal 0.3 percent predicted by Overwatch League statisticians. With multiple losses this week, the Dallas Fuel have likely fallen to a similar level.

All eyes should be on games that involve the Guangzhou Charge, Shanghai Dragons, Philadelphia Fusion, Atlanta Reign, Chengdu Hunters, and Los Angeles Valiant. The Charge, Dragons, Fusion, Hunters, and Reign are fighting to maintain their precarious spots within the play-in tournament cutoff. The Valiant still have a chance to make the tournament if any of those teams, especially the Reign or Hunters, lose this week.

The Paris Eternal and Dallas Fuel have two games each this week. A loss in either game will knock them out of playoff contention. On the other side of the leaderboard, the Shanghai Dragons and Seoul Dynasty play each other on Aug. 15 at 9:30pm CT. A win from either team will nearly guarantee them a top six finish and an instant ticket to the season playoffs.

Week four of stage four begins on Aug. 15 at 6pm CT when the Boston Uprising take on the Florida Mayhem.