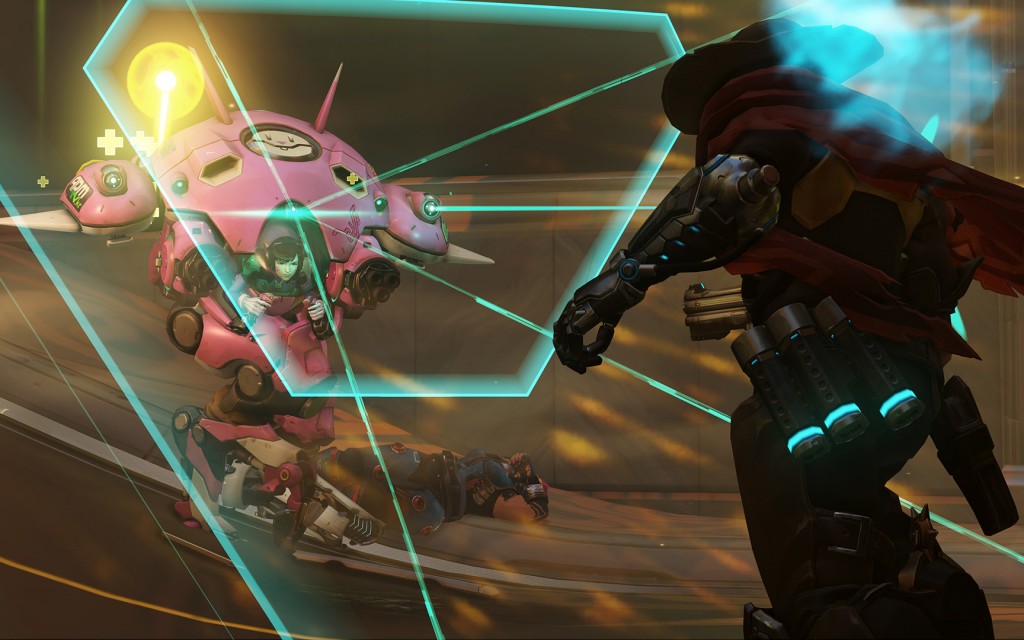 Down 200 HP of armor, D.Va has been a point of contention between Overwatch developers and players. But developer Blizzard is willing to come to some sort of middle ground—by adjusting D.Va’s defense matrix.

Introduced first on Overwatch’s public test region on Jan. 5 and to the live server on Jan. 24, D.Va’s nerf bumped her mech health up to 400 HP while decreasing her armor to 200 HP. Blizzard also decreased bullet damage from D.Va’s mech—from three to two—with the number of bullets per shot increased from eight to 11.

Nerfing D.Va’s armor made her much less tank-y. But for some, she was simply overpowered before: she had no weaknesses. In early January, Overwatch principal designer Geoff Goodman said Blizzard would keep an eye on D.Va’s balancing and would adjust as needed. Her armor, however, will remain untouched.

Goodman revealed new changes to D.Va in a forum post today, and it appears that Blizzard is sticking to its guns. It won’t bump up her armor, but it will fix her defense matrix. Blizzard’s next Overwatch patch will adjust D.Va’s defense matrix so as to disengage projectiles right as they’re shot out of a weapon, as long as D.Va’s defense matrix is close enough.

“Generally speaking, players won’t notice this effect, but it matters a lot in certain situations, such as blocking an ally from getting killed by a Roadhog hook combo,” Goodman said.

Live server D.Va isn’t able to block shots with her defense matrix until they’re “a very small distance” away from the weapon that shot them. Minimizing that distance to zero makes it possible for D.Va to potentially save her teammates from attacks like Roadhog’s hook.

Goodman also reminded players that D.Va’s defensive matrix should be able to block allies even if D.Va is behind them. “If you can find situations where this doesn’t work it would be great to hear, or even better, if you have a video showing it it would be helpful, since it would be considered a bug,” Goodman added.