New York Excelsior’s JJoNak is getting his own Zenyatta skin

The season one MVP will have his own skin to commemorate his achievement. 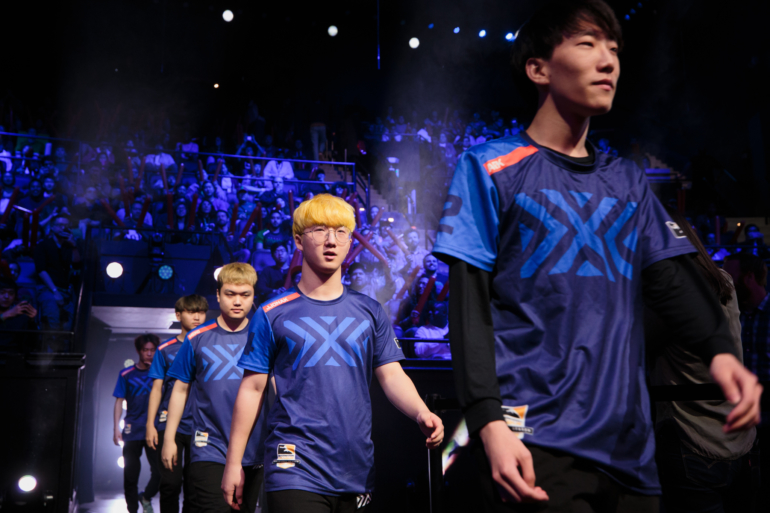 Blizzard is set to release a brand-new Overwatch skin in celebration of Bang “JJoNak” Sung-hyeon’s MVP award from last season. The New York Excelsior’s flashy support will be getting a fancy skin for his signature hero, Zenyatta.

Although Blizzard hasn’t shown the new cosmetic yet, the company released a teaser trailer for the skin, showing the reactions of both JJoNak and his teammates on the NYXL. It’s confirmed that the skin is octopus-themed—JJoNak’s teammate Jong-ryeol “Saebyeolbe” Park mentioned that “the orbs are octopuses.”

It’s possible that this new Zenyatta skin could have little water tanks that hold little octopuses in them. For people who don’t understand why JJoNak’s skin is octopus-themed, his nickname actually stands for the Korean phrase “jjomullak nakji,” which translates to “fumbling octopus.”

The rest of the team praised the skin and its design. Kim “Pine” Do-hyeon, for example, said that “it’s super cute” and really well done. The skin will even have JJoNak’s number on it, which makes sense because it’s a skin commemorating his achievements from the inaugural season of the Overwatch League.

This season, the New York Excelsior are doing pretty well, winning all three of their matches so far in stage three. They’ve only dropped three maps all stage, putting them in second place behind the Vancouver Titans. You can watch NYXL face off against the London Spitfire later today at 6pm CT.