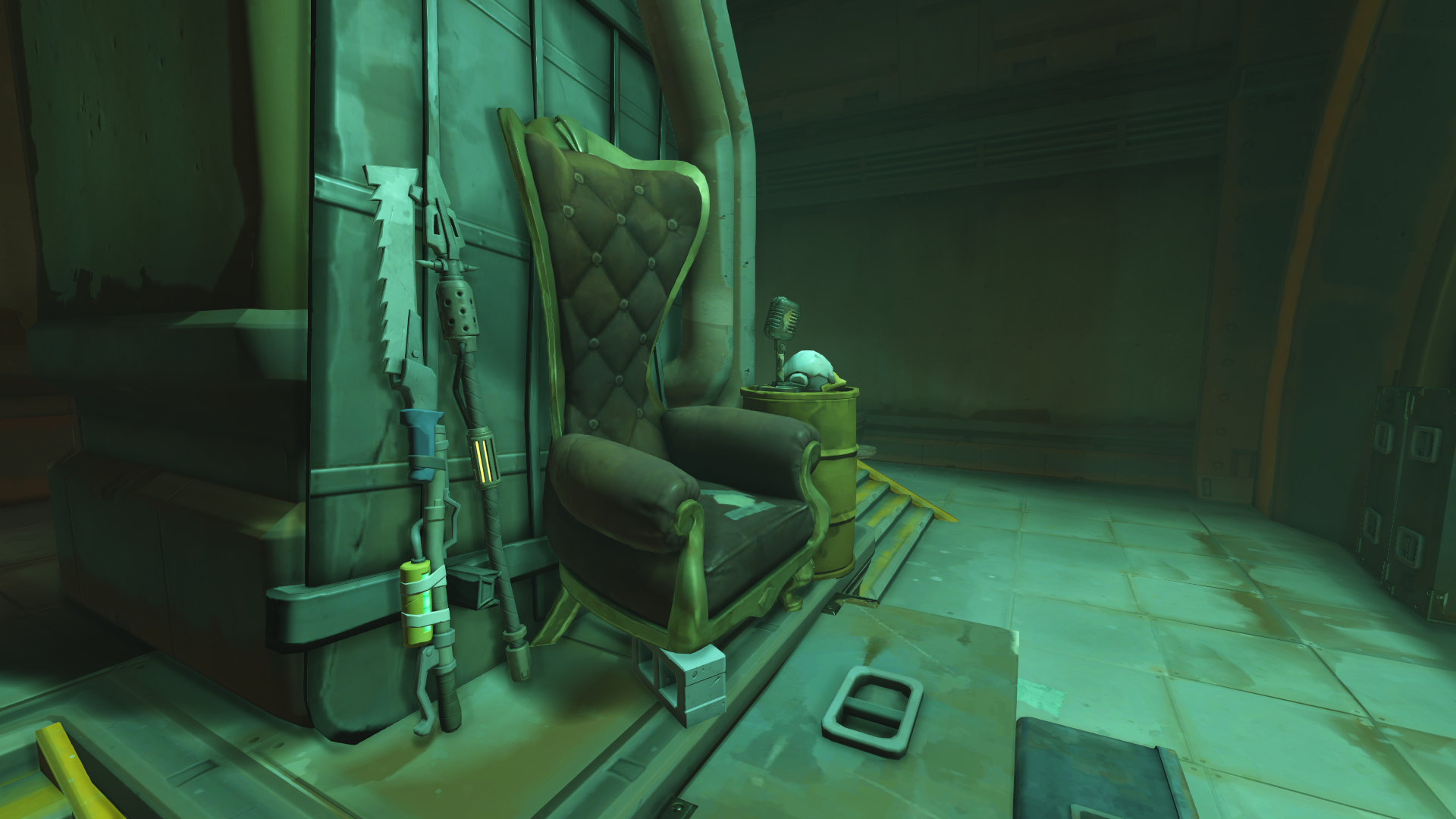 Less than a day after the Junkertown map was released to Overwatch’s PTR, a dedicated Overwatch fan has already created a Junkertown queen cosplay.

Cosplayer Hanari Solomon put together the look quickly, based off just one image pasted on the walls of Junkertown. It’s not the most intricate cosplay—she’s missing a few spikes—but the resemblance is hard to deny. Hanari Solomon definitely had a head start (she already had the haircut) but her dedication, craft, and speed is still impressive.

We don’t know much about the queen of Junkertown, except that she hates omnics and is a cutthroat leader. Many Overwatch fans are hoping we’ll see more of her in the future, maybe even as a playable character.

But for now, we’ve just got the picture and her disembodied voice. But for Hanari Solomon, that was enough. She’ll work over the next month to create a full look based on the image, according to her Patreon page.

This isn’t Hanari Solomon’s first Junker cosplay, either. She’s done two versions of Junkrat in the past, so she’s got a lot of experience in perfecting the Junkertown aesthetic.