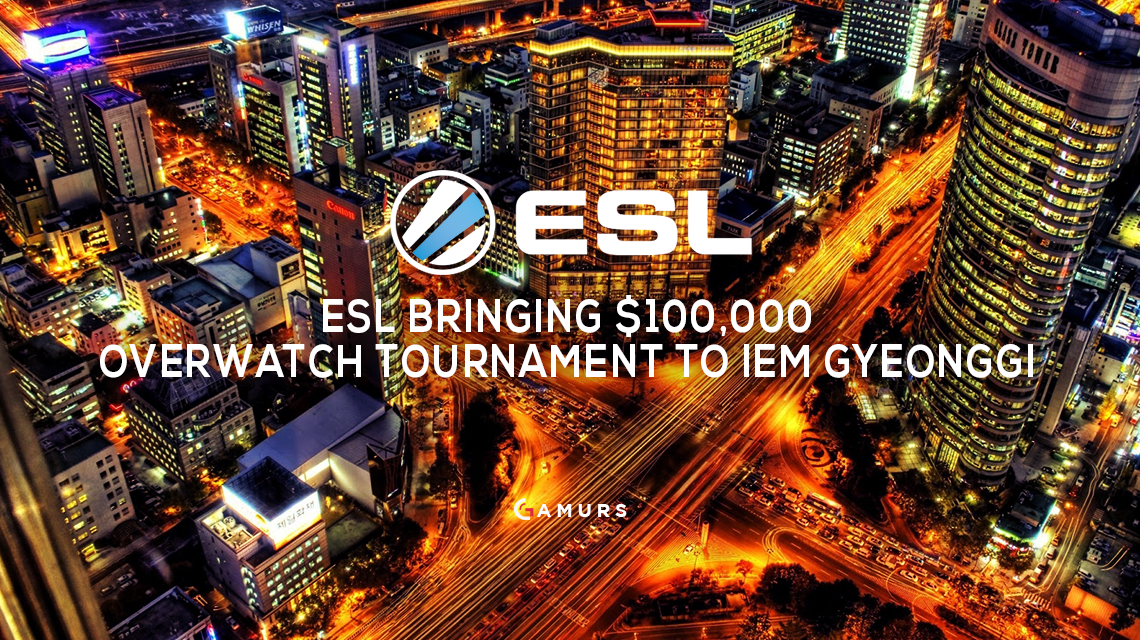 IEM Gyeonggi takes place Dec. 16 to 18, and will now feature a six-team Overwatch tournament with a prize pool of $100,000. Overwatch joins StarCraft II and League of Legends as the games to be played at the Goyang Sports Complex in South Korea, making it the first stadium event in Overwatch’s history. ESL will be producing the event.

Six @PlayOverwatch teams will battle on the main stage at #IEM Gyeonggi this December!

“South Korea is considered by many to be the birthplace of esports and we’re thrilled that IEM is returning to the country for the first time since Season 3 to close out 2016,” said Michal Blicharz, VP of pro gaming at ESL. “The addition of the Overwatch IEM Gyeonggi Invitational will make the last IEM event of the year a celebration of South Korea’s most popular gaming titles.”

Bringing Overwatch to a stadium in South Korea is the next big step in the game’s growth as an esport after releasing just seven months ago. It seems as though the future is very bright for the game as an esport.

“Overwatch is a fantastic source of esports competition and its popularity is exploding, which is why we’re thrilled to add the title to Intel Extreme Masters Gyeonggi,” said George Woo, esports marketing manager at Intel. “We look forward to showcasing Intel’s technology and innovative gaming products at the event as we continue to push the boundaries of interactive entertainment for our fans.”

The six teams to attend the event were not yet known at the time of the announcement.

Do you agree that Overwatch is 2016’s Game of the Year? Let us know in the comments below and follow @GAMURScom on Twitter for further esports coverage.