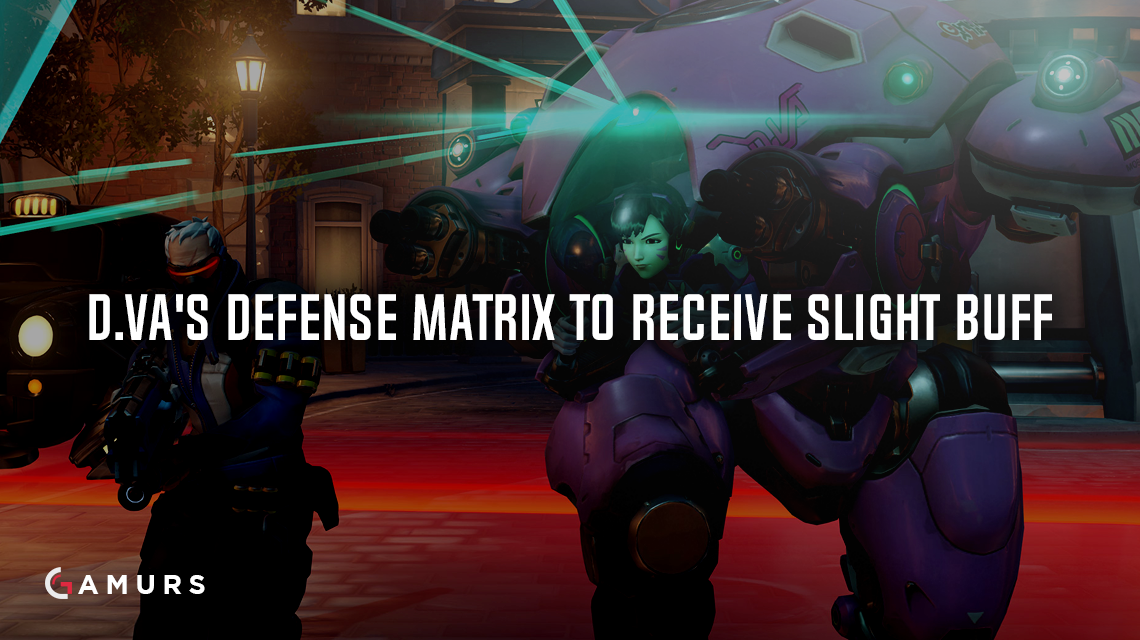 Rejoice, D.Va mains. It’s been a tough week since Overwatch‘s most recent update went live, in which the Korean mech pilot saw her armor halved in favor of general health. Overall, she’s a lot squishier, and her damage was slightly nerfed too. Blizzard knows, and will be rebalancing D.Va a tiny bit in a future patch.

Principal designer Geoff Goodman posted on the official forums, saying that D.Va’s Defense Matrix ability would be receiving a slight buff. He explained how it will work in direct response to people’s fears of D.Va being nerfed too hard.

“[T]here is a change coming to defense matrix next patch that you guys might be interested in,” said Goodman. “Currently on live, defense matrix wont block shots until they are a very small distance away from the muzzle of the gun that shot them. Generally speaking players wont notice this effect, but it matters a lot in certain situations, such as blocking an ally from getting killed by a roadhog hook combo.”

“Next patch, the plan is to remove this minimum distance so the projectiles are killed directly out of the muzzle,” he continued. “This means it should be possible to save an ally from a Roadhog hook by covering them with your defense matrix, which doesn’t work on live right now.”

It’s a small buff, but should help D.Va be in line with other tanks and her ability to fully protect allies. She’s been tough to find a balance in over the past few months, but here’s hoping that this small change could help keep her alive in the meta and not completely dead.

Do you think D.Va was over-nerfed in the recent patch? Let us know in the comments below and follow @GAMURScom on Twitter for further esports coverage.