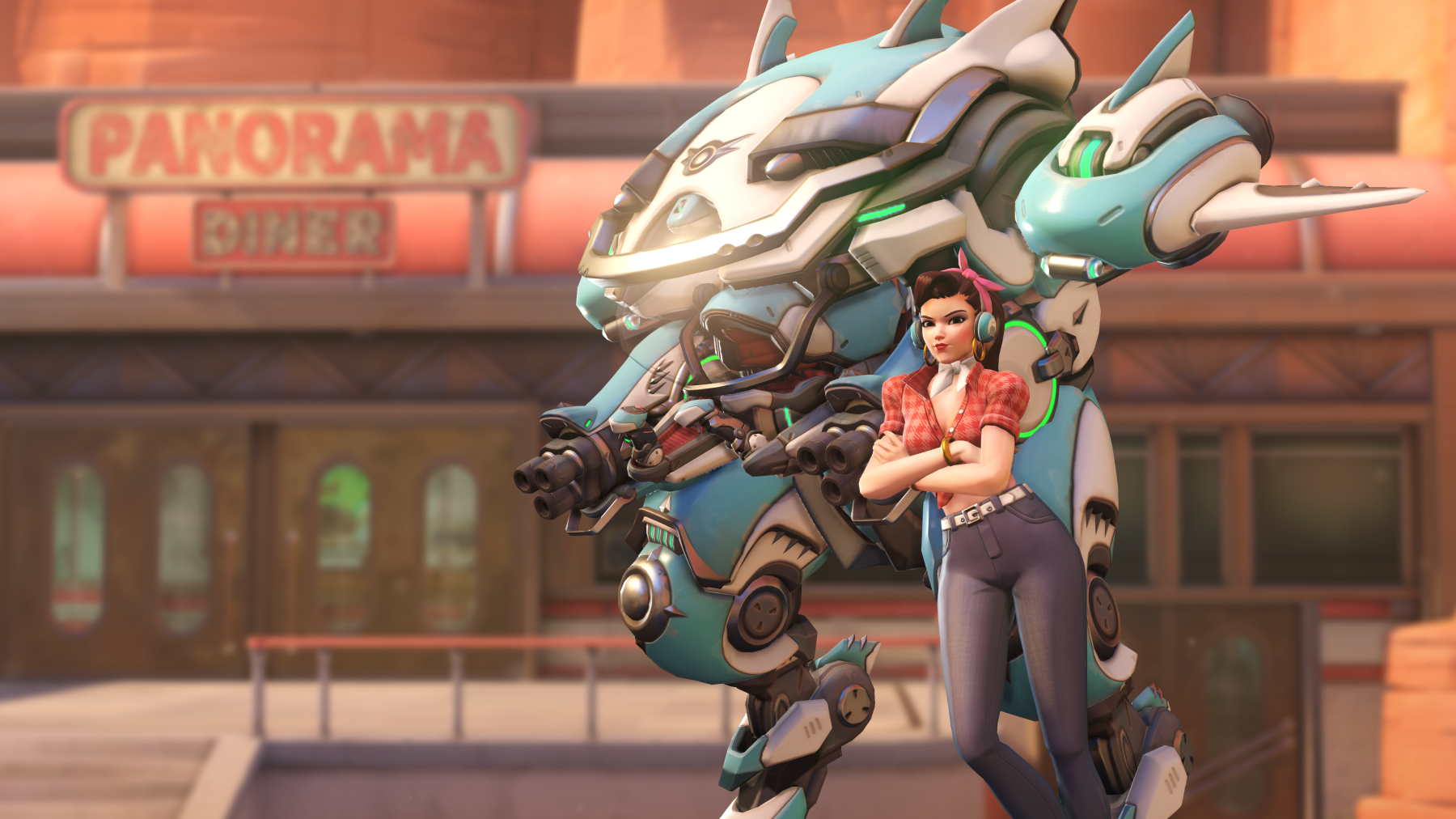 Since Overwatch’s 2016 release, D.Va has reigned as one of the game’s most popular heroes. A former professional gamer, D.Va retired from the esports life to pick up a high-tech mech and defend her country from omnic onslaughts. She’s one of many strong female characters in the Overwatch universe and has drawn in many players with her unapologetic confidence and positive spirit.

Her skins are also some of the most interesting in the game. Whether you want your mech sleek and modern or decked out in neon paint, D.Va’s skin options have something for everyone. Here are a few of the best choices for every gold budget.

This patriotic skin is the best budget skin at 250 gold, available when the Summer Games or Anniversary event rolls around. D.Va’s mech is outfitted in sleek blue and her white pilot suit includes numerous nods to her homeland of South Korea. Many Overwatch heroes have a skin that reflects their home country’s flag, but Taegeukgi is one of the most well-designed. Considering D.Va risked her life to fight for and defend her country, the skin is both striking and important for her lore.

Of the D.Va skins that are available year-round, this is one of the best Legendary options. The mech, designed to resemble a June bug’s sparkling shell, is eye-catching and beautiful. As a bonus, it’s less likely to garner unwanted enemy attention in the way its bright yellow counterpart skin, B.Va, will. D.Va’s pilot suit is also more interesting in this skin, covered in sparkling gold and matte blue that matches the mech.

If you’re more into grunge than glitter, Junker is another great option in the Legendary category. D.Va’s normal clean, chrome aesthetic is thrown out the window as both she and her mech don the rusty neutrals of Junkertown. Her high-tech mech looks like something that was built from a scrap heap, but it could also destroy the competition. Ask Wrecking Ball if he wants to have a mech fight and see how it goes.

One of D.Va’s most clever skins, Cruiser transforms her from a modern fighter pilot to a retro car enthusiast. D.Va herself dons a pair of high-rise jeans, a bandana headband, and red flats to complete the 1960s look. Her mech gets decked out in light blue and chrome, bringing it as close to a diner-worthy convertible as it can get. It’s a cheeky look that includes alternate lines like a “hey, Daddy-O” greeting.

Overwatch designers could have fully pandered to the crowd that demanded they put D.Va in a swimsuit by slapping her into a bikini and calling it a day, but thankfully they went above and beyond. This Legendary skin, available during the Summer Games event, gives D.Va a functional, fun swimsuit that looks appropriate for serious jet ski races. Her mech is decked out in light blue and white with a Hawaiian plumeria print. Does it double as a boat? There’s only one way to find out.

Black Cat is by far one of the most popular D.Va skins. This Legendary skin is not only intricately designed and beautiful, but it’s also absolutely perfect for reliving your Hot Topic mall goth era. D.Va dons a blonde wig with a pseudo-Lolita dress and diamond pattern tights while her mech gets a matte black paint job. The pink cat ears on the mech aren’t aerodynamic, but none of that physics stuff matters when you look this cute.

Carrying on the tradition of professional gamers slapping sponsor graphics on everything they touch, this extremely rare skin throws D.Va into the land of Nano Cola. It was only available during the 2018 D.Va Nano Cola Challenge event and will remain exclusive unless the game brings it back at a later date. It’s one of D.Va’s brightest skins; both her mech and her pilot suit are covered in Nano Cola’s iconic lime green and light blue. The pink detailing and big lettering match D.Va’s aesthetic, though, so we’re guessing she’ll keep this sponsor for a while.