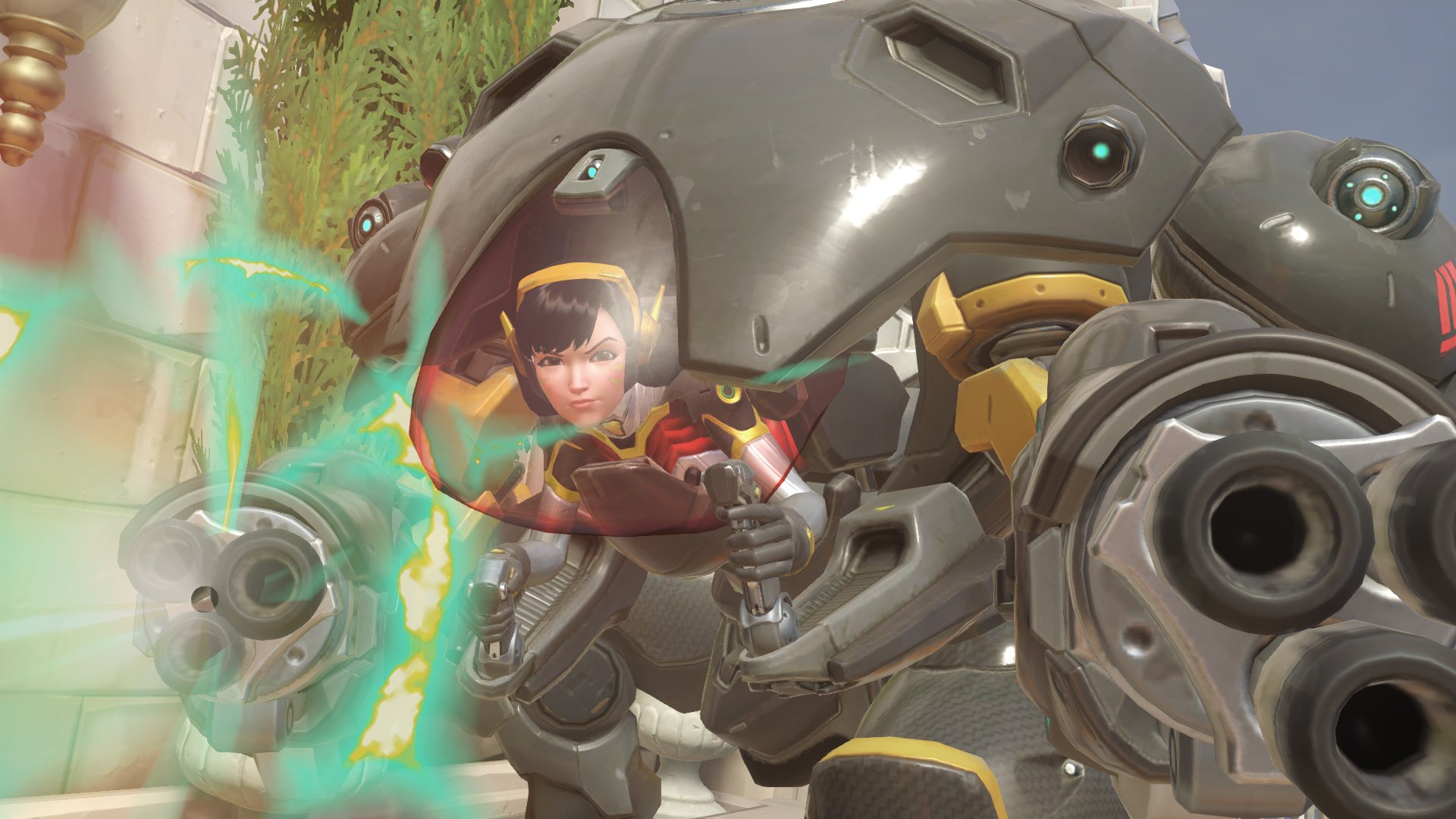 The Overwatch developer is tweaking the South Korean progamer again on the Overwatch PTR. In the latest PTR update, Blizzard nerfed her Micro Missiles ability just a bit, reducing the damage done by 25 percent. That change was good for D.Va’s balance overall, according to Overwatch principal designer Geoff Goodman, as her missiles were “a bit too strong” at their previous values.

Related: D.Va’s Micro Missiles are live on the Overwatch PTR

Still, she needs a boost in another area. Blizzard will update the PTR to give D.Va a bit of her Defense Matrix time back. Once the new PTR patch hits—maybe today, according to Goodman—the regeneration rate will be increased by 25 percent. “This lets her generally use Defense Matrix more often, while still keeping the new two second cap on a single use,” Goodman said.

D.Va can still use her Micro Missiles when flying, shooting her Fusion Cannons, and using the Defense Matrix.

“Ideally, she still feels a lot less oppressive to fight against but gains more flexibility in how often she can use [Defense Matrix] for both keeping herself alive as well as her teammates,” Goodman said.

Many players found D.Va’s Defense Matrix ability limiting to play with and against. The ability’s power to shut down ultimates and protect her team forced her into a defensive role, where she spent most of her time with Defense Matrix up. Blizzard wants D.Va players to be able to choose how they play her, instead of being forced into one role. The new adjustments make D.Va viable as an aggressive tank, but she’s still pretty dang good on defense, too.

Goodman urged players to try out the PTR changes and to provide feedback on how it feels to play with and against D.Va. The developer is paying attention to feedback from the community.