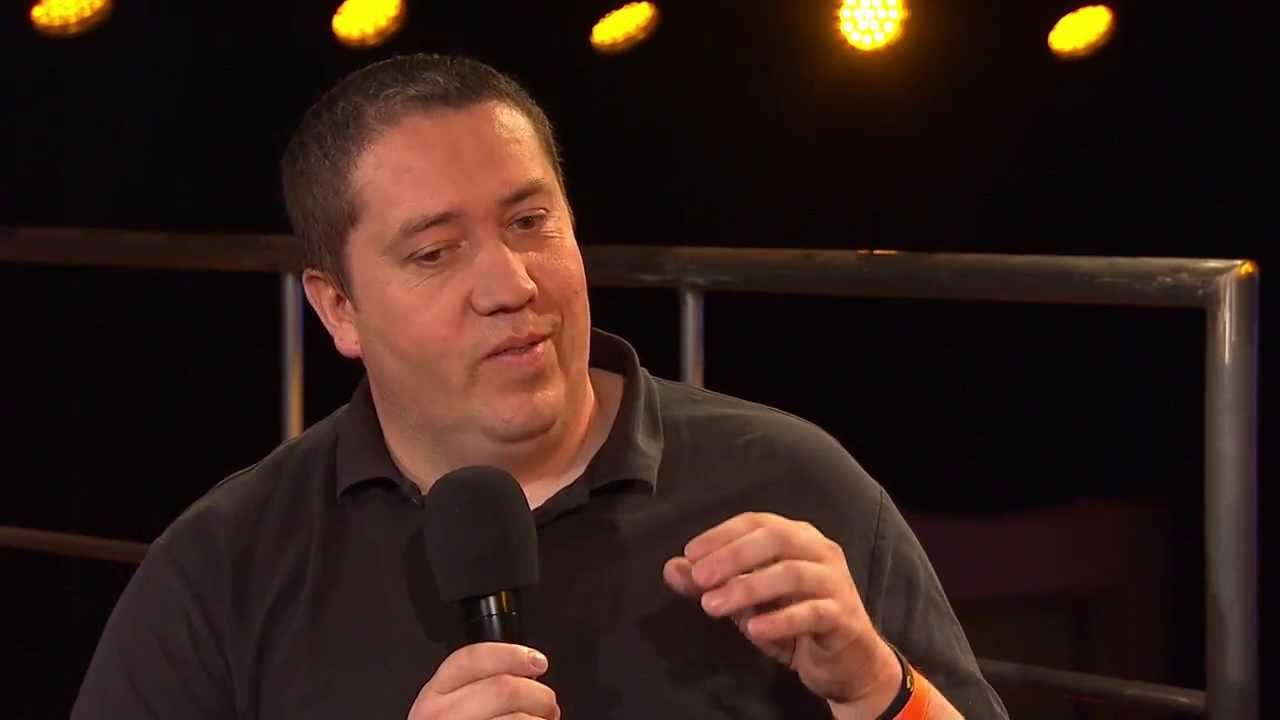 With well over a decade ofexistence, hundreds of players, and a ton of trophies Dignitas hasbecome one of the biggest eSports organisations in the world, butthat means they can never afford to stand still, and must always beon the lookout for their next move. The driving force behind TeamDignitas has always been Michael “ODEE” O’Dell,current Managing Director and member of the original Team DignitasBattlefield squad. He is the one making all the key decisions,deciding which teams to sign, which games to focus on and makingsure the company stays afloat.

In order to find out what we canexpect to see from Dignitas in the coming months we sat down withODEE at the CEVO Gfinity Season 9 LAN finals, where hisCounter-Strike team finished in joint 5th/6th.

“I’m really pleased withthe CS team,” said ODEE. “We put the two new players inat the end of last year and it takes time to gel. They have madesome mistakes along the way and had a couple of complete cock ups,like at the Copenhagen Games for example. That went horribly wrong,but I have always said that you have to learn to lose in eSportsbefore you start winning. But they are going to be one of the topthree teams at some point in the next year, I have no doubt aboutthat. The oldest player is Mathias “MSL” Lauridsen and he is 21, sothey have a lot of time to get really really good but I don’t thinkit will take that long before they are up there.”

Of course Dignitas isn’tjust a CS organisation, they have teams across eSports with ODEEgoing as far to say, “I couldn’t imagine Dignitas just havingone team of five players, that would just be pretty boring.”One of the organization’s most successful squads over recent monthshas been their Heroes of the Storm team, who recently claimed theEuropean Championship. While the HotS scene is still growing ODEEbelieves that it has the potential to challenge both League andDota in the MOBA sphere.

“I think [HotS] couldchallenge Dota and LoL for that top spot, and I’m sure fans ofthose games will disagree with me. But If you look back at bothLeague and Dota right at the beginning, even right at the first fewyears of those games they were pretty small. And then all of asudden it exploded. For me personally, Heroes I like because thereis something happening all the time, so you spawn and after 10seconds there is a kill, in some of the games you have to wait like20 minutes until there is a kill.”

Signing a team in any eSport atthe beginning of it’s life is always a risk, as the scenecould fail entirely. But ODEE noted that the chance of HotS’failure was never a concern for him. He just saw the game andwanted to be involved.

“I’m a big fan of Blizzardand what they are doing at the minute with their eSports program.When we saw what they were doing with the game 18 months ago wedecided that was one that we were going to go for. We were luckythat we found some British players at last that are actually goodenough to put a team together and win a European championship. Soonto next worlds, we just have to get past theKoreans.”

With HotS well on its way tobeing  a top eSport, Blizzard is now trying to get theirupcoming Shooter, Overwatch, to a flying start. With the open betahaving just concluded and the full launch set for May 24, manypeople are already looking forward to the eSports potential ofOverwatch, and ODEE is one of them.

“As Overwatch was beingannounced I text[ed] my FPS guys and said, ‘get the teamready lads, we are back’. We are certainly looking atOverwatch, we have been looking at the scene, we know the playersin the scene, we sort of have plans for it so hopefully we will beinvolved with that sooner rather than later.”

Unfortunately for Dignitas,their League of Legends position is not as bright as their othertitles. After a storied history as a founding member of the NorthAmerican LCS, the Dignitas squad was relegated just a few weeksago, with many of the players having since left the organisation.Some fans speculated that with all the venture capital money thatwas invested in other NA LCS teams was a large factor inDignitas’ poor season, but ODEE said this was not the case.In fact, the Dignitas squad wasn’t really sure why theperformed so badly.

“It’s the first timewe have ever had a team that has failed that actually doesn’t knowwhat happened. Normally in a team that is losing they start arguingand then they start blaming someone, but that didn’t actuallyhappen at all. The coaching staff, didn’t get it. In practises wewere doing okay, but when it came to sitting in the studio it justwent horribly wrong. The money and the salaries did jump for sure,to silly levels in some cases. But no, we were able to compete morethan happily with the squad that we had initially. Having to getrid of [Lennart “SmittyJ” Warkus] was an issue and that didn’t helpus at all but yeah, it’s too late now.”

One of the biggest missing gamesfrom the Dignitas roster is Dota 2. Despite being involved a fewyears ago the organisation has never signed another team, but withLeague of Legends now seemingly out of the picture or at least alesser money sink could the time be right for Dignitas to return tothe Dota world and pick up another team?

“We are still interestedin getting a Dota team, but probably not anytime soon, probably notbefore this International. But you never know, things in eSportsmove so fast. Since this time last year all the sports teams inAmerica have started waking up and knocking on the doors of eSportsteams and we have spoken to a couple already. So millions ofdollars are coming into eSports teams now, the budgets are goingup, there’s a salary bubble that comes with that investment. So VCfunded teams and sports teams are used to spending a lot of money.Can I get a Dota team before TI? If someone drops a lot of money onmy lap right now then yes, maybe, but probably not until the end ofthe year I would think at this point.”

League of Legends may offer amore secure and reliable income stream for the organisations, butthe attraction of the $18million prize pools for The Internationalare more than enough to draw in many teams -l even a top 6 finishcan grant more winnings than many squads in other games make in ayear. Back in 2012 and 2013, during the days of the Dignitas Dotateam, The International wasn’t as big as it is now. Butsurely dropping the team must have irritated ODEE, especiallyseeing what it could have been a part of.

“It’s annoyingbecause three of the International winners from last year playedfor me a couple of years ago. We got hit by the post TI shuffle, itbroke up and they all went elsewhere and then we ended up with ateam that wasn’t particularly good on paper, and it was like do wewant to spend this kind of money and what will we get back inreturn. But at the time we didn’t see The International goingberserk with donations from fans, you just can’t foresee thesethings. So you make mistakes going along, but right now we want toget League of Legends back and I want to get Dota back, that wouldbe good.”

For a team like Dignitas, it isimpossible to stand still Teams come and go on a regular basis andcompete at more LAN events than any one Managing Director couldreasonably attend. So from the man whose job it is to keep track ofall the teams and what they are up to, we wanted to know just whatthe future will hold for Dignitas.

“We have got such a busyschedule with CS:GO, HotS and our Smite team are doing really wellat the moment and we are scouting to see where we go next. We areplanning what we are going to do with League and how we are goingto get back into the LCS sooner rather than later and plus there islots of people out there that are looking to invest in teams at themoment. So if any of them want to come and speak to me, then pleasedo because having some big finance to compete against the bigsports teams and the VC funded teams would beuseful”

And with that our time with ODEEwas over. Just what the exact future holds for Dignitas will onlybecome clear with time, but with Overwatch and Dota both clearly inODEE’s sights and rebuilding in League of Legends a priority,it will surely be a busy few months for the UK organisation. Withventure capital funding flowing into the eSports world it couldcertainly have a big impact on Dignitas, whether they receive someof that money or if they stay totally independant. One thing,however, that we can almost be sure of is that with the experienceand management of the people like ODEE, we will be seeing theDignitas name around eSports for a long time to come.