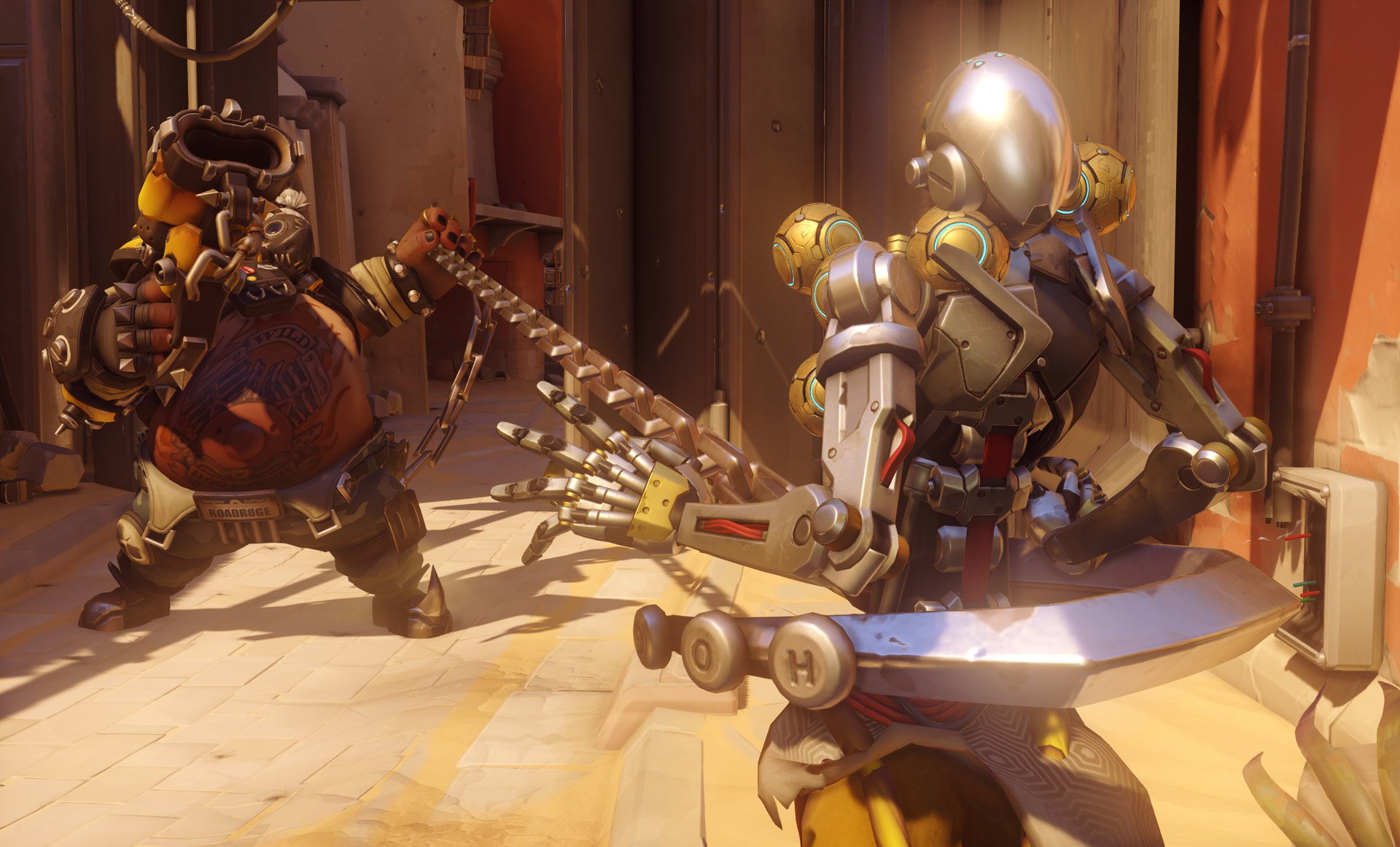 They’d done it. As the B-team of Kongdoo, Uncia didn’t have the same type of hype around them that Panthera had in the first season of OGN Overwatch APEX. They smashed NRG in groups, however, and found themselves up 1-0 against one the tournament favorites, Lunatic-Hai.

The second map, Numbani, was turning out to be a close one. Lunatic-Hai mounted a strong defense in the final section off the back of Kim “Esca” In-Jae’s Nano-Boosted Solider 76, and Uncia’s chances to complete the map looked slim. Then, Kim “Birdring” Ji-hyuk reminded us how potent his Roadhog was.

Through a masterfully executed combination of hooks, alternate-fire, and his ultimate, Birdring killed each member of Lunatic-Hai once, as he led the charge that ultimately closed out the map in Uncia’s favor.

Despite being listed as a tank, Roadhog has always been used by pros like Birdring as an offensive tool. Roadhog disappeared from the competitive scene for several months, but recent meta shifts, particularly in the support role, have allowed for his resurgence in play, once again as a powerful offensive force.

State of the supports

Currently, the most prolific supports in professional play on Patch 1.16 are Zenyatta and Mercy, especially in the APAC premiere, according to Winston’s Lab, but also in APEX Challenger. Roadhog works well with, and against, this particular support duo.

While Roadhog could one-shot targets freely in the past, Blizzard stepped in and nerfed his damage. Currently, a hook, fire, and melee combo does up to 210 damage without headshots. But on smaller targets, occasionally a handful of pellets from his gun will miss and allow the target to escape. With Zenyatta aiding Roadhog, however, the damage boost from Discord Orb ensures he can one-shot weaker targets and allows for very significant damage to tanks.

Zenyatta, on the other hand, can struggle against the enemy Roadhog—he’s an easy target to be hooked, especially without Lucio boosting the Zenyatta’s move-speed. Roadhog also has crucial tools to work around Zenyatta’s ultimate, Transcendence.

Teams generally utilize the high healing rate of Transcendence to force their way through a chokepoint into a more favorable position. Roadhog can potentially pick a target out, and allow his allies to find a kill despite the healing. Furthermore, Roadhog can use his own ultimate, Whole Hog, to push the enemy team away from their destination. Because Whole Hog affects such a wide area, it’s more potent than Winston’s Primal Rage at disrupting the whole enemy team. As such, it’s a unique tool that Roadhog possesses.

While Zenyatta is strong, he hasn’t received anywhere close to the levels of abuse that Mercy has. Since her rework, the community has lamented over Mercy’s new kit. Luckily, Roadhog has emerged as a soft-counter to Mercy and her low cooldown Resurrect.

Given the power of Resurrect, a 30-second cooldown is indeed a short one. The ability to, potentially, bring back a 500-health Winston so frequently is invaluable. Roadhog can utilize his hook and burst damage to eliminate a given target. If successful, he can force the Resurrect out of the enemy Mercy onto a less than ideal target.

In the following 30 seconds while Resurrect is unavailable, Roadhog still has three chances to find another kill given the eight-second cooldown on his hook. This means Roadhog can often find follow-up kills that actually stick.

Roadhog, however, pairs relatively well with Mercy. Much like Zenyatta, Mercy’s damage boost can ensure one-shots, although this is less common because Mercy is often using her boost on a DPS hero. Roadhog’s ability to heal himself is beneficial, as Mercy generally isn’t focused on him.

While damage-boosting Roadhog may not be Mercy’s ideal play, using Resurrect on her allied Roadhog is a powerful option. Bringing back such a high-health character who has damage reduction built into a self-healing ability means he can likely survive in order to continue the fight. This means Resurrect brings back an offensive tool that doesn’t run the risk of dying as easily as a 200-health hero, ensuring the ability gains value.

The best defense is a strong offense

The most notable deviation from past metas in Roadhog’s use is that he’s being piloted by tank players rather than DPS players. These compositions effectively work as triple DPS, allowing teams like Seven to have dominant attack phases.

If Bon Spirit Gaming ever took an open engage, the close range damage of Roadhog and Tracer would rip them apart, while Widowmaker picks players off one at a time. With this composition and some aggressive play, Seven took both points of Temple of Anubis in just over three and a half minutes.

This composition, however, wasn’t as aggressive as one Envision ran in their match against the Flash Wolves, when they exchanged Winston for D.Va. After her rework, D.Va does a huge amount of damage with her Micro Missiles and can function as a damage source as well.

Envision weren’t the only team to use the pairing of D.Va and Roadhog. They’re becoming a more common frontline, and it’s a strange duo. D.Va lost much of her defensive utility, and Roadhog has none, leaving a team composition running this pair as its only tanks with almost no conventional tools to protect their backline.

With no shields and little damage absorption, these teams are forced to simply kill anyone who approaches. Luckily, with their overwhelming damage, that’s a viable option. It does mean, however, that if a fight begins to go sour, it can quickly snowball against the high damage composition because they can’t block incoming damage. But when it goes well, they can quickly smash any opposition.

Roadhog seems to be a natural fit in this support duo, and slots perfectly into the new high-damage compositions. These synergies, combined with his high fight impact due to his hook, mean that we can expect to continue seeing Roadhog play from some of the best in the world.