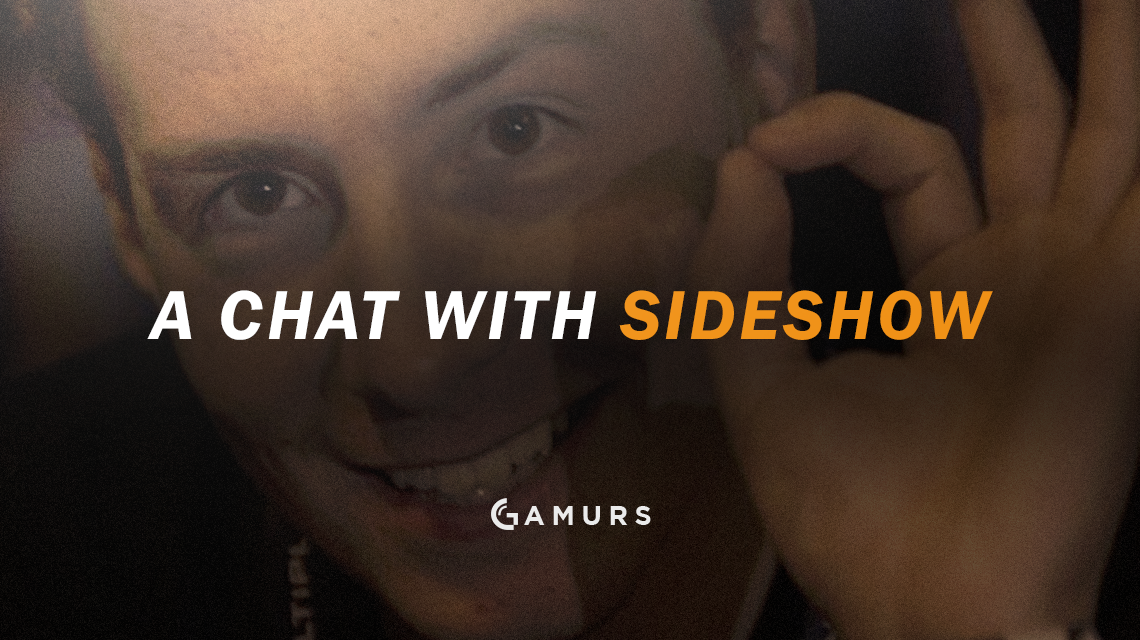 Three and a half months ago when he left the Team Fortress 2 (TF2) scene, it caused an outcry in that community. Fans bemoaned over Sideshow’s exit, saying that Valve should hire him as a TF2 community representative. Some fans jokingly teased his Soldier play, but everyone expressed sorrow at a fan favorite caster leaving the scene. At the time, he cited personal and financial reasons for why he had to withdraw from casting TF2.

But now he’s back. As many TF2 players did, Sideshow migrated games and finds himself in Overwatch. Recently casting the IBuyPower Invitational and now regularly writing excellent analytical content, Sideshow is making his comeback.

Go ahead and introduce yourself.

Sideshow: My name is Sideshow. I was previously involved heavily in the TF2 scene. I was a caster, tournament organizer, writer, stuff like that. And now I’m doing similar things in Overwatch, but much more heavily on the writing side at the moment. And I’m really enjoying it, it’s a really fun scene to be involved with right now.

How long were you in the TF2 scene? I’m coming into Overwatch without a TF2 background, so you’ll have to give me some history lessons.

Sideshow: There wasn’t an entry route into it. There was just a new game and it seemed like a cool thing. I just figured I would transition the skills that I’ve learned whilst in the TF2 scene to Overwatch. Much more potential for it to actually be recognized or useful, or a career path in any sense of the word.

Do you have ambitions of becoming a caster full time?

Sideshow: Yeah, that would be sick. I could be putting in so much more work in terms of casting smaller tournaments. But at the moment, I’m really enjoying writing. I think I’ll do a little bit of both and see where it all goes. I had a lot of success casting in TF2, but it was a smaller scene where the personality gets through a lot more. And there isn’t such a demand for technical skill. I’ll carry on casting and see if I can find opportunities within Overwatch. But it’s a difficult landscape to break into.

Overwatch as an esport is gaining a lot of criticism especially from League of Legends fans, which is ironic because League used to be treated that way. What do you think about the future of Overwatch?

Sideshow: Well I think it’s definitely going to take off. The game in a sense wouldn’t last anywhere near as long without the competitive side of it and Blizzard acknowledge that and they are pushing it super hard. Like basically every tournament you see is a Blizzard tournament, they just have different people running it for them. It’s a huge marketing thing for them. They know they have to push the competitive side. The people who think it’s too casual will eventually come around to it, or they’ll find their own esport that they enjoy.

Who is your favorite hero to play?

Sideshow: I don’t really have one. I don’t play the game that often. It’s not that I don’t enjoy the game, but I appreciate it as a competitive game far more than I appreciate playing it. I enjoy the storylines of teams. I enjoy seeing the best possible players because when I look at my screen and sit down [to play] I ain’t seeing the best possible players.

Now onto the more serious stuff. Do you think NRG was invited to the OGN Apex league over Fnatic or Cloud9 because of Seagull and his ability to attract fans?

Sideshow: I don’t think you have to be too much of a cynic to say that it was almost definitely because Seagull has so many fans. But at the same time, they are one of the top NA teams. They have their ups and downs but they have been there since the beginning. The only team really from NA that would be a standout over them, well there are two, EnVy and Fnatic, who are definitely better than NRG as well. But at the same time, it’s an invite system, so it’s up to [OGN] who gets invited.

You mentioned it before that if EnVy was in EU, they would be a top team there and I think it’s hard to argue that NA is stronger overall than EU. Because so many players on EnVy are European, do you think they would benefit from relocating to Europe?

Sideshow: I was thinking of doing a piece on this actually. I think the issue is that there are so many factors that go into teams moving that it has to be a hypothetical. They wouldn’t have a team house if they moved to Europe. But I think if you could just have them come to Europe and boot camp with the European teams. Would they benefit from that? Yeah, I think so. But I don’t think that would then transform them into a better team. I don’t think they shot themselves in the foot by moving to NA. I think they would still be about the same level.

This question went through my head watching the Overwatch Open and seeing the differences in the Reaper play between the NA and EU sides of the bracket and how much more effective the EU Reaper players were. Do you think there is a specific style difference between regions?

Sideshow: When I think back to the NA side of the bracket, they were playing far less with Mei, but still playing with the Nano Boost on the Reaper. One of the reasons Buds was so successful was because [Fnatic] was coordinating so well. Buds had the Nano Boost, Speed Boost, [Zarya] bubble, and [Death] Blossom. And he would be launching himself into a group of 200 health players, because [NA] was playing with more DPS heroes and just chew through them.

The other Reapers were just off. The NA Reapers timing was off. It wasn’t a playstyle thing, just the teams were not syncing the abilities together as well. Their execution wasn’t as clean.

EnVyUs wasn’t playing as much Reaper as the other teams at the OW Open. I’ve criticized them for this. I’m of the opinion their tank and support players are plenty flexible, and Taimou as well. Talespin, of course, was an excellent Pharah, but seems to have struggled adapting after she fell out of the meta. Do you think that Talespin could be holding nV back?

Sideshow: Taimou is still one of the best DPS players in his role. His McCree is incredible, and his Roadhog was unreal. When he pulls out the Reaper, it’s ok. The team DPS wise, as a duo, doesn’t cover as many heroes. Most teams like to have one player who plays hitscan, like Reaper, Tracer and McCree, and one player who plays Genji, Pharah, or stuff like that.

Talespin this tournament [OW Open] didn’t have any picks he could shine on. He disappeared and left the bulk of the damage and the bulk of the kills to Taimou. It might just change when there is a new patch, but in order for their team to be a better DPS duo, it falls on Talespin to pick up Reaper or Roadhog. If Taimou needs to play Roadhog or Mei to get instapicks for their team, they need a solid DPS there as well. So I do think it falls on Talespin to massively improve his Reaper or Genji play.

I think Taimou is in a good place, but it’s up to Talespin to start increasing his repertoire a bit.

This interview was recorded on Oct. 6 and was heavily edited down from over two and a half hours of talking for content and clarity. I’d like to thank Sideshow for taking the time to sit down with me.

You can follow his work @SideshowGaming, and his stream at twitch.tv/sideshow