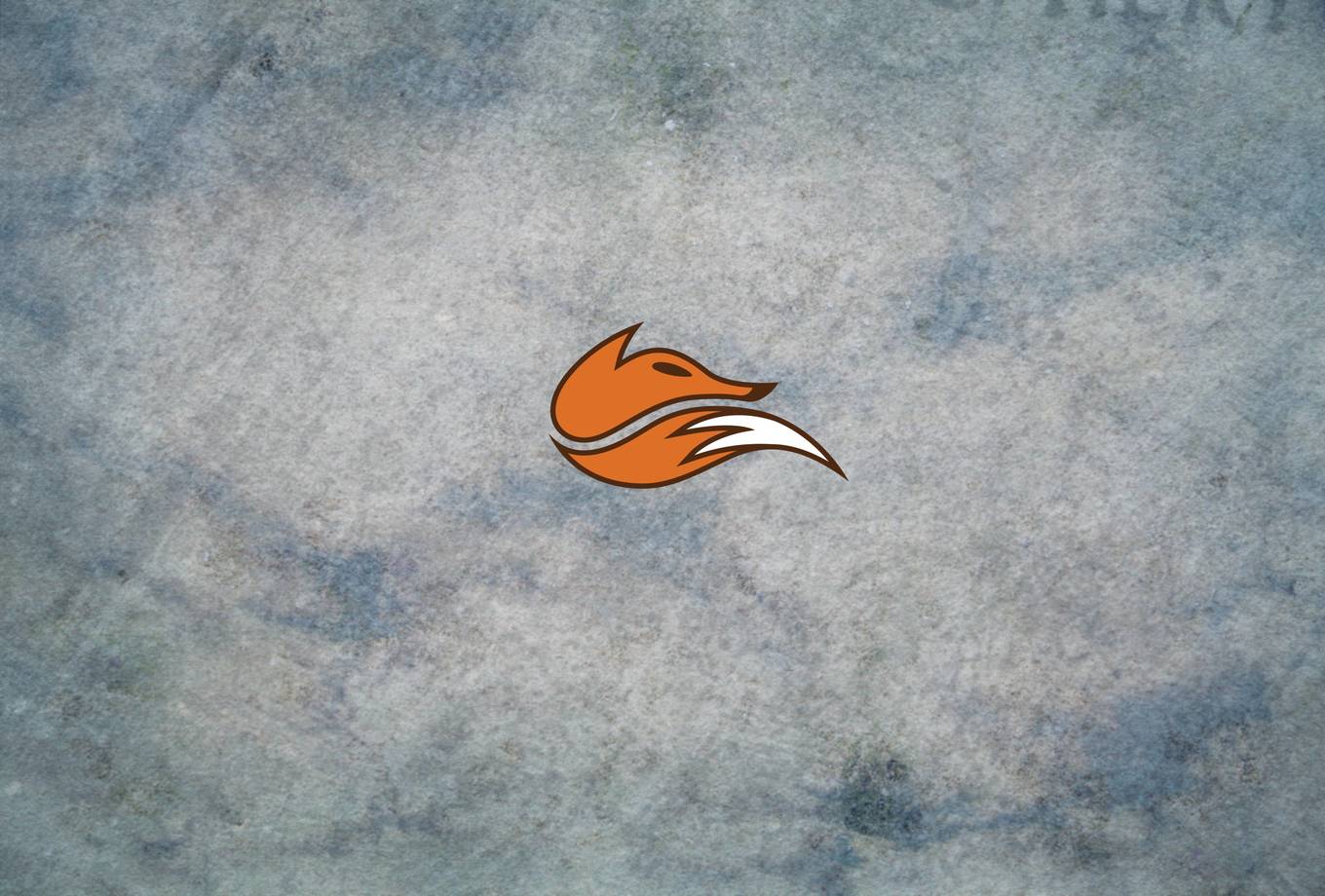 Lolesports have been slowly releasing some sort of attempt at a ‘Top 20 Players at Worlds’ list, despite disagreeing on nearly every choice so far I decided that instead of making my own Top 20 Best players, I would do something that would cause even more debate and fan outrage. The 15 Worst players at this year’s Worlds.

Note: I excluded BKT and PaiN as I don’t watch IWC, I also excluded Huhi since he has never played jungle professionally.

Hojin is the clear weakness on an otherwise rather talent KOO Tigers team. He lacks the playmaking ability you would expect of a jungler on a Top 3 team in Korea and struggles to get his lanes ahead. His redeeming feature is his experience on the team and his synergy with Kang “GorillA” Beom-hyeon in deep warding the enemy jungle. Most would agree, however, that GorillA does most of the positive work and playmaking from this duo, Hojin’s play is solid but uninspiring and not even towards the upper level of a poor jungle pool at the World Championship.

Despite an impressive performance at MSI where many fans rated him as one of the better mids in the world, Westdoor’s performance has been average throughout the summer split of LMS. Although ahq e-Sports Club qualified as the #1 seed out of LMS it was not off the back of Westdoor, but rather impressive carry performances from AN. Westdoor has an awkward champion pool, his team is forced to ban Azir while he tends towards Ahri and Kassadin, which might not stand up to the likes of Rookie, Febiven and Incarnati0n in Group B.

Origen impressed many viewers and analysts when they took two games from the previously 21-0 Fnatic in the EULCS finals, but this was not due to the performance of xPeke. Much like Westdoor he has a poor champion pool, he depends on picks like Vladimir, Varus and even Kog’Maw while showing poor performances on the likes of Twisted Fate and Azir (see game 5 vs Fnatic). xPeke has been uninspiring for the majority of summer being carried by arguably EU’s strongest jungle/botlane combo with impressive performances from sOAZ from time to time, this will have to change in a group containing teams like LGD and KT.

Kitties is the worst player on Invictus Gaming. Together with Ge “Kid” Yan they are a burden which the rest of their team has to carry, Kitties does not have exception vision control or playmaking ability and is one of the weaker supports in his region, he is the main worry for iG heading into their group with Fnatic and ahq. If either of the teams in this group can exploit the weak bot lane of iG, in particular Kitties, it could be the key to taking down the Chinese giant.

Counter Logic Gaming took down TSM in convincing fashion at Madison Square Gardens however Pobelter did not seem to have a particularly impressive impact. Viktor was handed to CLG all 3 games of the series and Pobelter did his fair share of waveclearing and allowing Doublelift to carry, that was about it.

There was rarely a time throughout the split in the NALCS where Pobelter would crush his lane in a Bjergsen-esque manner and facing up against players like Maple of the Flash Wolves, this could be a problem. Pobelter is by no means awful but, just like xPeke, he is uninspiring and in a mid lane talent pool as fantastic as the one at Season 5 Worlds, he will be a concern.

Despite being a huge upgrade on Nicolas “Gleeb” Haddad, previous TSM support, as well as a large part of TSM’s success up until the summer split, Lustboy has heavily underperformed as of late. His vision control and early roaming has been underwhelming and he has lacked the playmaking of even his North American counterparts, I don’t expect him to be close to the level of Piccaboo, PYL or Mithy in Group D.

Loulex’s playoff performance was average at best. He looked comfortable against a poor Giants Gaming team and the same goes for his series against the Unicorns of Love however when he faced up against Origen it was an entirely different story. Loulex was easily outjungled by Amazing and fed for the majority of game 1, his Lee Sin was very up and down and he was all around outclassed. H2k find themselves in a group with Clearlove, in  my opinion the best jungler in the world, and Bengi who is also having a good few months. Loulex is a clear liability for H2k and will be the main reason they will fail to win a game against either SKT or EDG.

Dyrus seemed to be having an upswing after his solid performance against Gravity in the NALCS summer playoffs quarter finals but immediately after showed his weaknesses. He was stuck on tanks for the following 7 games and did not stand out other than one good TP play against Team Liquid. He was thoroughly destroyed by Zionspartan in the finals and even his Nautilus ultimates were poor, in a group with the strongest top lane competition in the tournament I expect Dyrus to be well and truly outmatched.

Hai is constantly praised for his shotcalling and leadership ability but his individual play is rarely examined. His champion pool is poor, playing picks like Amumu, Shyvana and Kha’Zix in key games due to a lack of proficiency on meta champs like Evelynn and I expect this to be easily exposed even by junglers like ReignOver and Mountain who aren’t touted as the absolute strongest in the tournament. When iG face C9 I can only recommend that any C9 fans and jungle pathing enthusiasts close their eyes while Kakao does his thing.

Number 6 on this list is the controversial AD carry of Team SoloMid, Wildturtle. His summer split performance was frankly terrible, he looked like a bottom half NALCS ADC and was nearly replaced by KEITHMCBRIEF. He finds himself constantly out of position and down large cs numbers in lane and his chances against Arrow, Niels and Imp are laughable. I fully expect that he will be massacred by all three of his lane opponents and one strong reason that TSM may not win a game at this year’s worlds.

Lemonnation is, in my opinion, the worst non-wildcard support at Worlds and hardly better than paiN gaming’s Dioud. His champion pool is questionable, often tending towards Karma and Morgana if Braum is taken, as well as having below average vision control and synergy with a farm heavy jungler in Hai I fully expect him to be exploited by the likes of Yellowstar and Greentea in the group stage. He may not be the worst player on his team but that isn’t exactly saying much in comparison to the rest of the support talent at Worlds.

Santorin has never been a standout carry jungler like Rush but his impact in TSM’s games has been less and less throughout the season. He returned to his IEM San Jose form during the finals against CLG and was non-existent against a hardly dominant Xmithie. I expect him to be irrelevant against both Origen’s Amazing and KT’s Score and not much better against LGD’s TBQ.

Balls has become something of a meme as of late following “criticism” by Jatt which was blown entirely out of proportion. In fact getting promoted back to Diamond 1 in Korea was one of Balls’ more notable achievements this summer. With picks like Maokai falling slightly out of meta due to nerfs and Balls’ complete reliance on Rumble, the Season 5 World championship does not look like a forgiving place for him. Heading into Worlds in a carry top meta against Huni, Zzitai and Ziv seems like a living nightmare for Balls and C9, I’m interested to see how bad it really is.

Steak has been a constant weak link for the team formerly known as the yoe Flash Wolves (now just Flash Wolves). His champion pool is almost exclusively Maokai, with a few games on Hecarim, Irelia and Rumble. This in of itself poses a problem, I don’t think many of these champions will be top picks other than maybe Rumble and Steak has not shown any signs of adapting quickly. His one saving grace is that he doesn’t die much and doesn’t need much money, but that’s about it. I expect good things from the Flash Wolves but none of these good things will come from Steak.

The only non-Wildcard player worse than Steak at the Season 5 League of Legends World Championship is his team’s AD carry, NL. He is a poor laner, bad teamfighter and all around glaring weakness of the Flash Wolves. Like Steak he has a bad champion pool and is carried hard in a majority of games in particular by their standout support SwordArT. Despite having two of the worst players at the tournament I think Flash Wolves will do well, but it will not be due to the contributions of NeverLoses or Steak.

Special thanks to Xander (twitter.com/goomihooo) for providing stats and opinions on LMS players.