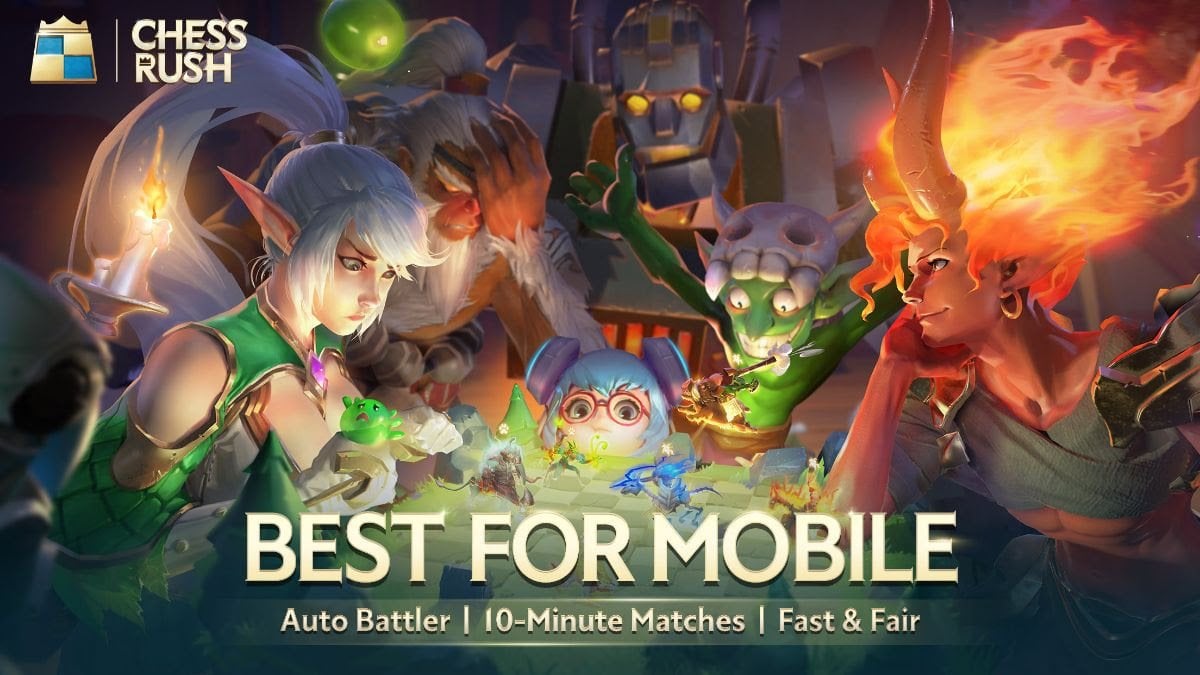 Chinese games giant Tencent is making its play in the in the autobattler genre with Chess Rush, a mobile title that will release on Android and iOS in “just a few days”.

Autobattlers are a new genre gaining immense popularity thanks to some titles from major publishers. Valve’s Dota Underlords and Riot’s Teamfight Tactics are both playable on multiple platforms and are racking up a huge playerbase.

Tencent already has multiple hit titles on mobile such as PUBG Mobile and Arena of Valor (the global version of Kings of Glory). It will be exciting to see how this new autobattler game plays on handheld devices.

Chess Rush will feature over 50 heroes who will battle it out in the eight-by-eight board. Every match will consist of eight players and defeating your seven opponents grants you victory.

The strategy/card-based game will also have a co-op mode which will allow players to invite their friends to fight against other teams from around the world.

Initial photos of the game have promised that Chess Rush will not have pay-to-win elements and strategy will be the only thing that will matter for your victory. Global servers will also be available on release which will provide a smooth gameplay experience from the start.

Chess Rush will have two modes: Classic and Turbo. It remains to be seen what these game modes exactly are, as more details have still not been released. The gameplay will be fast and will feature short, 10-minute matches. You can keep up with the game’s news on its Twitter and Facebook profiles.