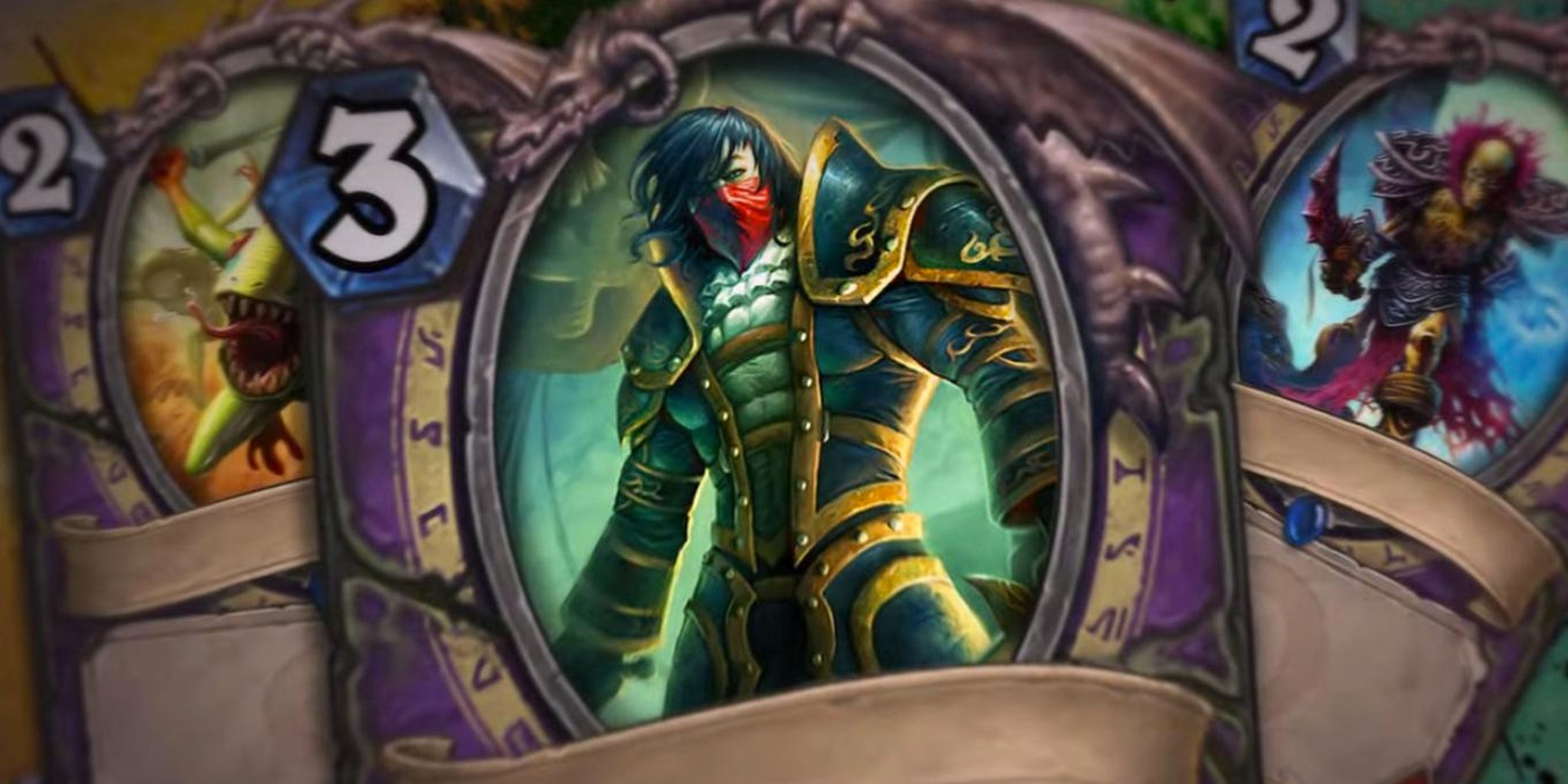 Last summer, Shin “Seraph” Woo-yeong joined CLG with the community expectation of becoming the next star player. Nevertheless, the former Najin White Shield sub had an opportunity to make a name for himself in North America. At the time, Seraph was known for his unorthodox carry style in solo queue, playing champions like AD Nidalee and Kassadin in the top lane. Unfortunately, however, Seraph could not live up to the hype surrounding him as the carry top laner was left on an island by his team to play utility tops and tanks, such as Lulu and Maokai. Furthermore communication problems made matters worse for the team, which contributed to a tumultuous regular split. Seraph was alienated.

Before the split even ended, CLG went on an emergency boot camp in Korea to prepare for playoffs, but the trip could not relieve the affliction within the squad. The team environment was permanently damaged and, once again, the problems manifested on stage.

CLG failed to qualify for Worlds after being knocked out in the first round of playoffs into relegations. Furthermore, the team was painfully close to demotion after a close 3-2 series versus Curse Academy, where the team somehow managed to pull themselves together to come back from a 2-0 deficit. For the organization, a calamity was avoided, but for Seraph, this tragic experience was just the beginning.

Unsurprisingly, CLG opted not to re-sign Seraph for the 2015 season. However, this offered Seraph the chance to create his own team. One where he would be comfortable in, but, more importantly, one that would give way to his carry oriented play style. This team came to be known as Team Dragon Knights (TDK).

The rest of the roster was filled out with former Complexity jungler Kez, Korean midlaner and ADC NaraKyle and LouisxGeeGee, and Korean-born NA player KonKwon. With this lineup, TDK qualified for the Spring North American Challenger Series (NACS). Soon after, NA solo queue player Smoothie replaced KonKwon. Following the roster change, TDK endured a successful run in challenger finishing 2nd in both the regular split and in the playoffs (losing 1-3 to Enemy Esports in the final). During this time, Seraph was given free reign to play the game the way he wanted – whether by picking a lane bully like Kennen to snowball off of a first blood or split pushing with his favorite champion AD Nidalee to backdoor the enemy base.

Finishing 2nd place in the NACS playoffs meant TDK had the opportunity to qualify into the LCS through the promotion tournament. Their opponent would be Winterfox. However, leading up to the fateful encounter, TDK’s midlaner NaraKyle announced his departure from TDK after growing weary of the competitive scene. Fortunately, the team already had a more than suitable replacement in veteran midlaner Alex Ich – who agreed to play for the team in the promotion tournament. With the former Gambit player, TDK swiftly dispatched the fractured Winterfox team and qualified for the LCS.

Following Alex Ich’s return to Renegades, TDK picked up WE’s benched Korean midlaner Ninja, and dropped LouisxGeeGee for former CJ Entus Blaze star Emperor in the ADC role. No one knew exactly what to think of TDK’s new additions. Ninja failed to perform in the LPL, while Emperor was not the player he once was in the OGN. Could the team avoid a relegation spot?

For Seraph, this was, once again, an opportunity to play on the big stage – and to prove his critics wrong. However, as this bright chapter came to a close, no one could have foreseen the misfortune that awaited Seraph and his Dragon Knights at the turn of the page.

Due to visa delays, Ninja, Emperor, and Smoothie were unable to join the roster for the start of the split. The team endured a three game loss streak before Smoothie could join up with the roster. However, a terrible mishap occurred when U.S. embassies around the world were undergoing technical issues that prevented visa issuance. Ninja and Emperor remained in Korea with no estimated date on their arrival. Thus, TDK were stuck in an awkward circumstance of having to use unsatisfactory subs for several weeks until the visa system resolved itself.

Seraph continued playing his carry style top laners, dealing the most damage per minute out of any top laner in the LCS and even dealing almost as much damage as his midlaner and ADC (unheard of in a control mage meta). Unfortunately, Seraph’s efforts to carry his weakened team had no effect as TDK suffered a devastating 9 game loss streak. During this run, on average, TDK was down in gold by the 15-minute mark (-334 gold) and were unable to get more than 3 turrets per game. Ultimately, opponents took advantage of TDK’s lack of synergy and experience to snowball leads into the mid- and late-game.

The vicious tides subsided momentarily as Ninja and Emperor finally joined the team for day 2 of week 5. However, the team was already on a daunting path toward auto-relegation.

In shocking fashion, TDK’s first game with Ninja and Emperor ended in a dominating win over Dignitas – who at the time were at the top of the standings with a 7-2 record. Viewers began wondering if this team, dead last in the standings at the time, could escape relegations with a winning streak. Hype was building up. Could this new revived TDK… be good?

The excitement was short lived as the team succumbed to another woeful loss streak despite many close games versus top teams like Team SoloMid, Counter Logic Gaming, and Team Impulse. It was not until the final week of LCS that the team managed to grab two wins from both Cloud9 and Team Gravity (two teams that were fighting for higher spots). However, at that point TDK had already secured the 10th place spot, and auto-relegation was guaranteed.

Once again, Seraph was defeated by circumstances beyond his control. Would the situation have been different if TDK had not suffered visa delays? How strong was this team really?

TDK’s overall record this past split was 3-15, but a sufficient analysis requires a contextual breakdown of the team by splitting them into two teams: the TDK before Ninja and Emperor, and the one after after their arrival.

The Ninja-Emperor TDK improved its win rate to 33.3% compared to the 0% in their first 9 games. Those 3 wins alone put the team behind 9th place NME by only 1 win. Win rate, however, does not tell us much. The stats become more interesting as we dig deeper.

TDK considerably improved their early game by managing to go from -334 gold down at 15 minutes to almost even with Ninja and Emperor on the team. On top of that Post-Ninja/Emperor TDK had a stronger mid-game as they were able to secure more turrets (5.8) per game (average game time between the two TDK iterations remained relatively the same, so it did not affect this statistic). Additionally, the Ninja-Emperor TDK was able to match their opponents in strength much better comparatively. The stat that indicates this best is Gold Spent Percentage Differential (GSPD).

GSPD is the difference in gold the two teams have spent by the end of the game. This statistic is aimed to measure a team’s overall comparative strength by the end game. The statistic does not take into account everything that can impact a team’s strength (e.g. dragon buffs), but it is one reliable indicator we can attempt to measure a team’s comparative strength. GSPD is also highly correlated with league standing (for more on GSPD, click here).

If given more time, could TDK have further improved? The numbers would suggest so, but the team could have still suffered from poor mid- and late-game decision-making. However, I believe the general consensus from experts and the community is that TDK’s 10th place finish is a cruel misrepresentation of the team’s overall strength.

Seraph’s first appearance in the LCS saw his experience marred by environmental issues and a mistrust of his ability to play his carry style. His return to the LCS with TDK allowed him to fulfill a carry role, but the team was weakened by bureaucratic difficulties for half the split, which heavily affected the team’s standing.

With the team relegated from the LCS, TDK have assured the spot in the NACS spring spit, but the future of its players is currently unknown as every member will be a free agent after Worlds. Smoothie is a highly regarded support, and more than one LCS and challenger team may want to acquire his services, while rumors suggest that both Ninja and Emperor may want to pursue other opportunities after such a difficult experience.

As for Seraph, it is unlikely that any LCS or LCK team will be looking to add the top laner to their lineup. Thus, the Korean player may be forced to prove himself one more time by participating through the spring challenger series. However, requalification is not a sure thing with many strong lineups rumored to take part in the NACS next year. Ultimately, Seraph’s efforts have been unrewarded.

While many fantasize of a life in esports, this harsh competitive world can quickly turn a dream into a reoccurring nightmare. Yet, many still possess the drive to continue.  Will there be a twist in Seraph’s, so far, tragic tale?

Is it worth the risk to continue?