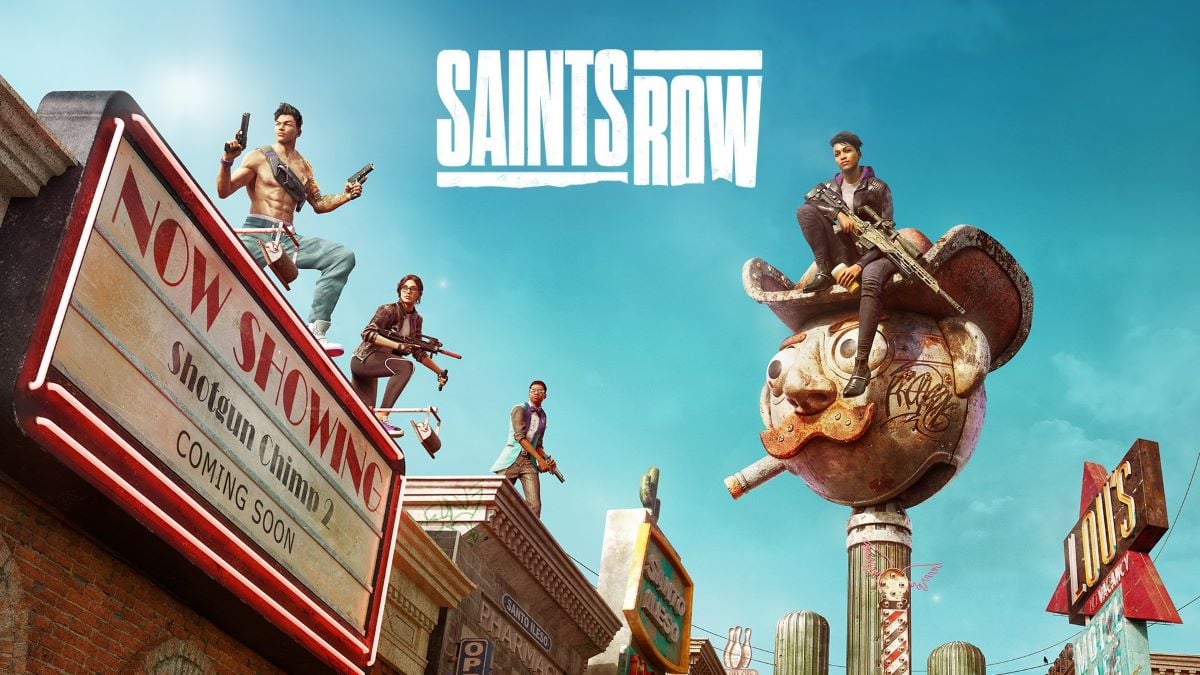 On Aug. 29, it will be the 16-year anniversary since the release of the first Saints Row in 2006. In that time, The Saints have gone on to become a famous name in gaming, with five different games before the release of 2022’s Saints Row. Developer Volition has managed to accrue a cult following of players who are eager to play the boss of a criminal empire.

With a 16-year history of working on these games, it makes sense that Volition has the knowledge and expertise to truly craft a unique world for players. Just from the trailer, it’s apparent how beautiful the game is, showing off the gorgeous and detailed world the game calls home, Santo Ileso. Playing the game and seeing the details proves that it is a truly visually mesmerizing game.

Considering that 2022’s Saints Row has three games and a remaster to live up to, it takes some big swings that usually work pretty well. Throughout the game, the player will uncover a world that’s attempting to be the grounded side of the Saints Row series, making sure that its silliness is fair and sensible in the world.

Where in Saints Row IV the player was a character with more powers than Superman, Saints Row 2022 sees the player struggle up from humble beginnings to become the leader of the top gang in Santo Ileso. The road there, however, will take a lot of time and dedication to activities that can either be hit or miss in terms of fun.

The allies and enemies feel unique

At the start of Saints Row, the player is just a humble employee at the Marshall security corporation, hunting an infamous killer through the desert. In this early mission, you can already get a feel for the game’s general wackiness as the player clings to the side of a V-Tol while the driver attempts to shake them off. It’s a pretty cool sequence that doesn’t require tons of button-mashing like previous entries.

Once through this mission, the player will load into the open world for the first time as they and the other main characters of the game, Eli, Neenah, and Kevin, need to find a way to make their rent. To make ends meet, they figure out a way to get some quick cash the less-than-legal way. Soon after, players are introduced to the three main factions in the game outside of the Saints.

Marshall is a typical private defense company, offering its guns and soldiers to anyone with enough money. Los Panteros is a gang that welcomed Neenah after she came to America from Guatemala with her dream car. The Idols are Kevin’s friends and throw some of the biggest parties in Santo Ileso. Each of these gangs looks and behaves uniquely, but even then they begin to blur together.

These enemies are sometimes filled with so much personality that they’ll randomly do actions in battle that make you question their mechanics. For instance, the Idols, obsessed with their own image, will constantly take pictures with other Idols or dead bodies in the room while you’re fighting. It’s so funny to be fighting one Idol while a group of three has gotten together for a quick selfie in the background.

The writing is great. The Ventures and Side Hustles vary

After the world is established and all the characters are known, the game’s story really takes off. Players will undergo team-building exercises, innumerable firefights, and maybe even some LARP-ing along the way. While the subject matter felt interesting and new each time, it felt like a lot of the missions promised different things but actually ended up just being more firefights.

As an example, karaoke is mentioned multiple times in the game, from the beginning to the end. With the abundance of icons on the map, however, not one of them allows the player to hang out with their buds and belt some show tunes. While time and resources are surely hard to come by in game development, it does kind of feel like you’re being led on throughout the game about different activities you never actually get to do.

Games have been creating little minigames that break up the time between shooting at people, but not here. Don’t worry though, because you’ll have more than enough objectives on the map that ask you to drive some sort of different vehicle or object from point A to point B. No matter how fun the driving is, it feels tedious to drive back and forth to the same places on the map.

Some other activities include driving the individual streets of Santo Ileso, slowly uncovering secrets in Golden Dumpsters, or learning more about the city at different historical monuments. These are pretty cool at first, but they don’t stay on the map permanently. You’ve got to grab them when you see them on your minimap or search again some other time.

Driving around the map is really enjoyable, as the vehicles in Saints Row‘s open world feel so fluid and responsive. It hasn’t been this fun to drift in and out of traffic since Grand Theft Auto V was released nine years ago. Cars also respond dynamically to being crushed, like when a larger vehicle only runs over the hood, only that part of the vehicle will flatten, and it’s awesome.

One of the main ways that players will make money is to invest in Criminal Ventures that will earn them cash passively while they play the game. As the player builds more businesses, that account will grow at a faster rate, allowing the player to save up for more businesses. While this is interesting while you’re still in the main story, it feels like a grind in the late game to get the final Ventures.

The Ventures themselves are a little different, ranging from the classic Insurance Fraud minigame to working as a tow-truck driver for different objects around Santo Ileso. As the player completes these Ventures, they’ll unlock new rewards and cosmetics. This is actually a really fun system, if a bit grindy, and is slightly reminiscent of running criminal businesses in GTA Online.

There’s a lot to love in Saints Row, as it manages to faithfully recreate a beloved series for a new generation. The writing feels current and doesn’t rely on any mean-spirited caricatures to make its jokes land. Instead, the game just uses clever timing and gameplay mechanics to tell a story that is funny, if a little predictable at times.

It’s not all positive though. Parts of the game can become boring when the player has to do the same task 14 times for a Venture. What makes it worse is the occasional visual or physics bug that sends your car flying off a bridge or into the ocean, leaving you to restart from all the way across the map. While these are few, encountering one of them is enough to make you want to quit.

Overall, Saints Row will be a lot of fun for new and old players who are curious about what this new series will look like. While it does seem to be relying on the grinding nature of its past, the story and comedy are presented in a much better way. Throughout the game, there will be many opportunities for laughs and frustration, but it all adds up to be a really good time.