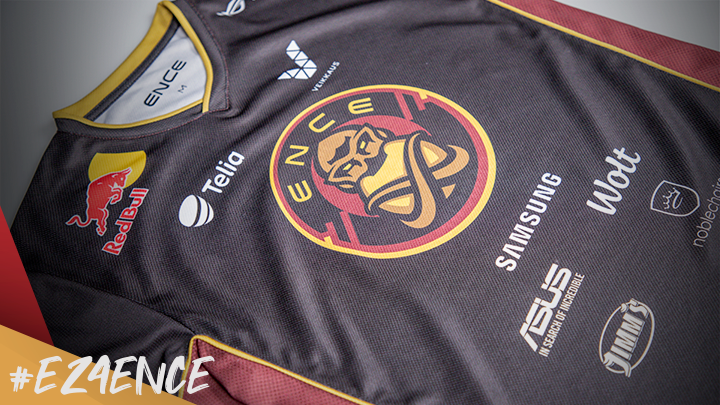 ENCE and Red Bull have expanded their partnership to a branded level, the organization announced today.

Red Bull will be one of the sponsors on ENCE’s new team jersey alongside other brands like Samsung and ASUS.

ENCE and Red Bull have had a partnership since January. The initial announcement saw immediate success on social media due to Aleksi “allu” Jalli’s viral video about Red Bull. He was playing for NiP in 2015 and asked in the middle of a tournament “are those Red Bulls only for the commercials or can you actually drink it?” ENCE made a funny video to announce the partnership in January.

Joona Leppänen, ENCE’s marketing director, said that the organization is delighted to sport Red Bull’s logo on their team jersey.

“We take pride in having the opportunity to work with such a great brand who loves creating cool things for the fans to experience,” Leppänen said.

Red Bull has been strongly involved in esports for years, sponsoring tournaments and teams across multiple games. The energy drink company was founded in 1987.

ENCE will debut its new team jersey at the StarLadder Berlin Major on Aug. 28.