In a game with a meta that’s constantly shifting, the ability to adapt from patch-to-patch has become one of the most important skills in a professional League of Legends player’s repertoire. The role that has arguably seen the most variation with regard to the meta (at the competitive level) is the top lane. Just over the past season and a half, we’ve gone from the hypertank meta of Dr. Mundo, Renekton, and Shyvana in early Season 4 (with Trundle soon thrown in as the hypertank-killer) to the tank-nerfed meta featuring the resurgence of Jax and Kayle with some Lulu sprinkled in; then, we had the AP-heavy meta starring Ryze (RIPeronis), Lulu, Kayle, and even some Rumble – if your name is Balls, of course.

The only Top-Laners Played in S4: 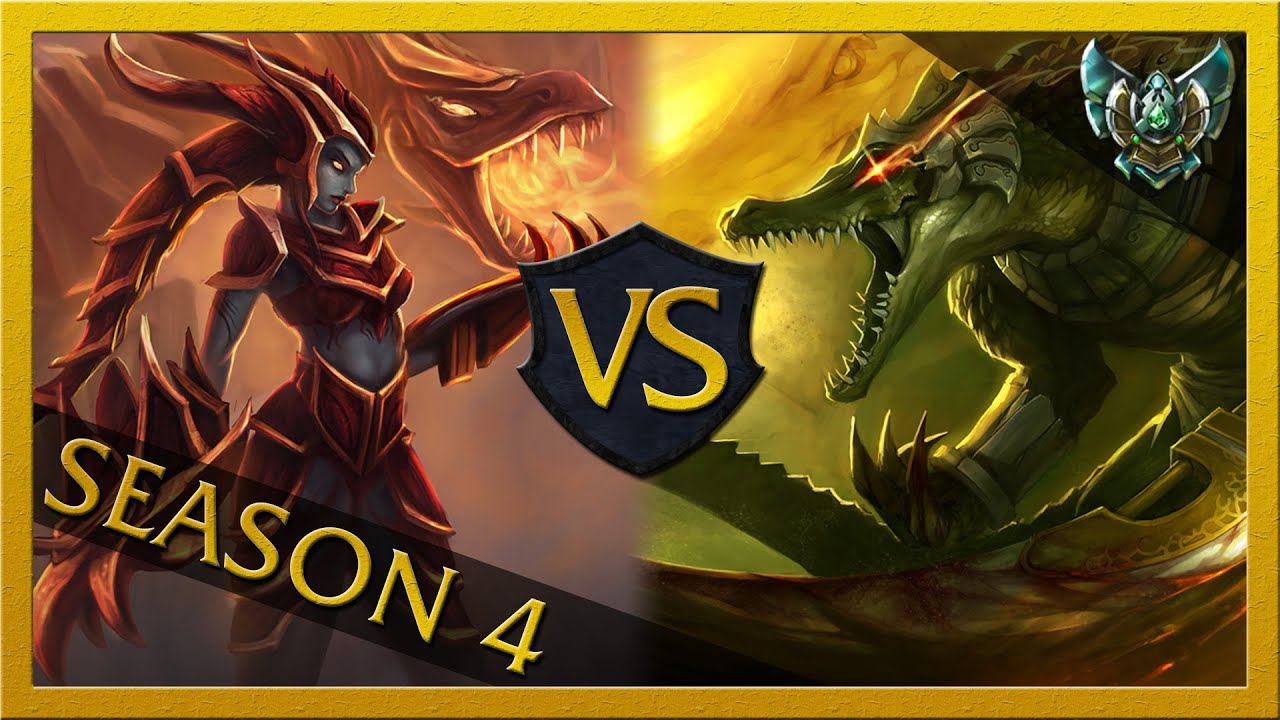 Finally, patch 4.12 hit, and it brought along several champion reworks and buffs, bringing Maokai, Nidalee and Alistar to the top of the list. During this time, the top-lane summoner spell meta went from chiefly running flash/ignite to flash/teleport, then back to ignite, then teleport again after some buffs to the spell.

Now, in Season 5, the top lane meta is as diverse as it’s ever been; we see tanks like Maokai and Sion being played alongside mages like Rumble and Kennen, and hybrid carries like Irelia and Gnar being played, along with newer picks like Morgana, Lissandra and Hecarim. Some teams swap their ADC and/or support to the top lane, and some teams don’t. Strategic diversity is certainly at an all-time high in the top lane (although the jungle is a different story).

With constant change in the top lane, the players consistently mentioned as the best in the LCS have remained, well, consistent. Balls and Dyrus are the most common names, both renowned for their ability to adapt to the meta. ZionSpartan is a popular name as well, often referred to as a “carry” top-laner  – someone who can play more than just tanks, who can routinely carry their team to victory from a role often considered as less important than the others. If you watch the North American LCS, then you’ll hear CaliTrlolz, of Team 8, often referred to as a carry top laner. Then we have the exciting imports – SKT T1’s Impact, Samsung Blue’s Gamsu, and Helios’ brother Avalon.  The forgotten name, though, on the list of NA’s best top laners is Team Liquid’s Quas. Quas is still a relative newcomer to the NA LCS, having joined Team Curse prior to Season 4. Now in his third split with the team (rebranded as Team Liquid), he is finally reaching his stride. After an unremarkable rookie split during which Curse finished #ForeverFourth, Quas stepped his game up for the Season 4 Summer split. He has shown the ability to play tanks, mages, utility tops and also more carry-oriented champions. He has also proven that he can excel in lane swaps – no easy feat. In his first two splits, he mainly stuck to the meta, playing a lot of Renekton, Mundo, Lulu and Jax. In the S4 Summer split, he only played eight champions, all of which were higher-priority meta picks, and he amassed an incredible 4.58 total KDA, highest of all top laners.

Now, over halfway through the Season 5 Spring split, Quas has played a total of ten different champions. For comparison’s sake Balls has played seven champions, Dyrus seven, ZionSpartan eight, and the other “carry” top laner CaliTrlolz has played nine. Quas has played TEN! His KDA was in third at 3.32, behind Balls’ 3.83 and ZionSpartan’s 4.95(!) KDA prior to this week, but after two very rough games on Kennen it has dropped to 2.78. His skill on tanks is still not as refined as it could be, but the best part about Quas’ game is his incredible champion diversity. He has played Gnar to moderate success (although he has recently fallen out of the meta) along with Irelia, but he’s played top Morgana, Kennen, Fizz, Lissandra and even Swain, although his Swain performance was one of his worst of the split. Team Liquid is currently sitting in a tie for fifth place, but Quas has been an important part of their success, while the case can also certainly be made that much of their failure is a result of a lack of team synergy with Piglet. This isn’t to say that all the blame should rest on Piglet’s shoulders, but the team is 2-6 with Piglet, 5-1 with KEITHMCBRIEF.

Here is a week-by-week breakdown of Quas’ performances:

Quas has performed very well for the majority of the split, and in the games where he’s had the least impact, the team has lost. They haven’t performed well with Piglet – whether that’s due to a lack of synergy, succumbing to pressure, or any other possible factors, the one truth that I think you can take from this analysis is that Team Liquid performs best when Quas gets off to an early lead. Perhaps IWDominate feels extra pressure to get his bot lane fed when Piglet is playing, so he camps his lane a bit harder. When Keith plays, the pressure is off, and the team allows Quas, FeniX, or Keith to carry, which seems to be far more successful. Based on the stats, it stands to reason that the team will perform better as a whole if IWD puts a bit more focus on getting Quas ahead early, and relying on his key teleports and teamfighting prowess to get the rest of the team ahead.

It is rather late in the split, but it’s not over just yet; with games left against C9, Coast, Winterfox and Dignitas, Team Liquid’s fate is far from sealed – they have plenty of extra time to analyze their games and practice until the LCS resumes play. If they are able to come to the same conclusions about their top laner, then it’s much more probable that we see a strong ending to the split.