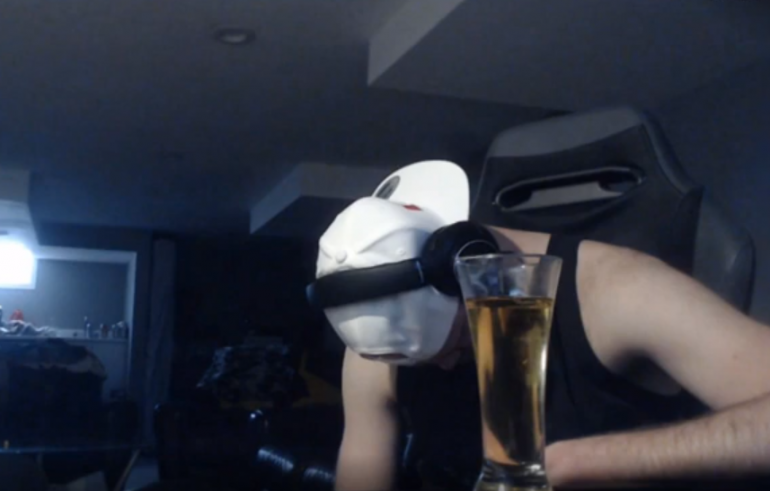 Spacestation Gaming’s Lyndon “LyndonFPS” Lauder has received an indefinite ban from Twitch after he passed out drunk while live on stream earlier this week.

The pro Apex Legends player fell asleep in his desk chair with a tall glass of alcohol in front of him while almost 500 viewers joined the stream as word spread about what was happening. The stream was ended by Twitch upon suspending him. Until now, the extent of his punishment was unknown.

Searching Lyndon’s name on YouTube will bring up compilations of him yelling, rage quitting, breaking keyboards, and drinking. In one compilation posted by Lyndon on May 12, a clip of him opening a beer with the caption “20th Beer Of The Day” is included.

All clips and VODs showing Lyndon’s infamous stream have since been removed from Twitch. A popular clip from r/LivestreamFail of someone witnessing Lyndon’s suspension live has since been reposted.