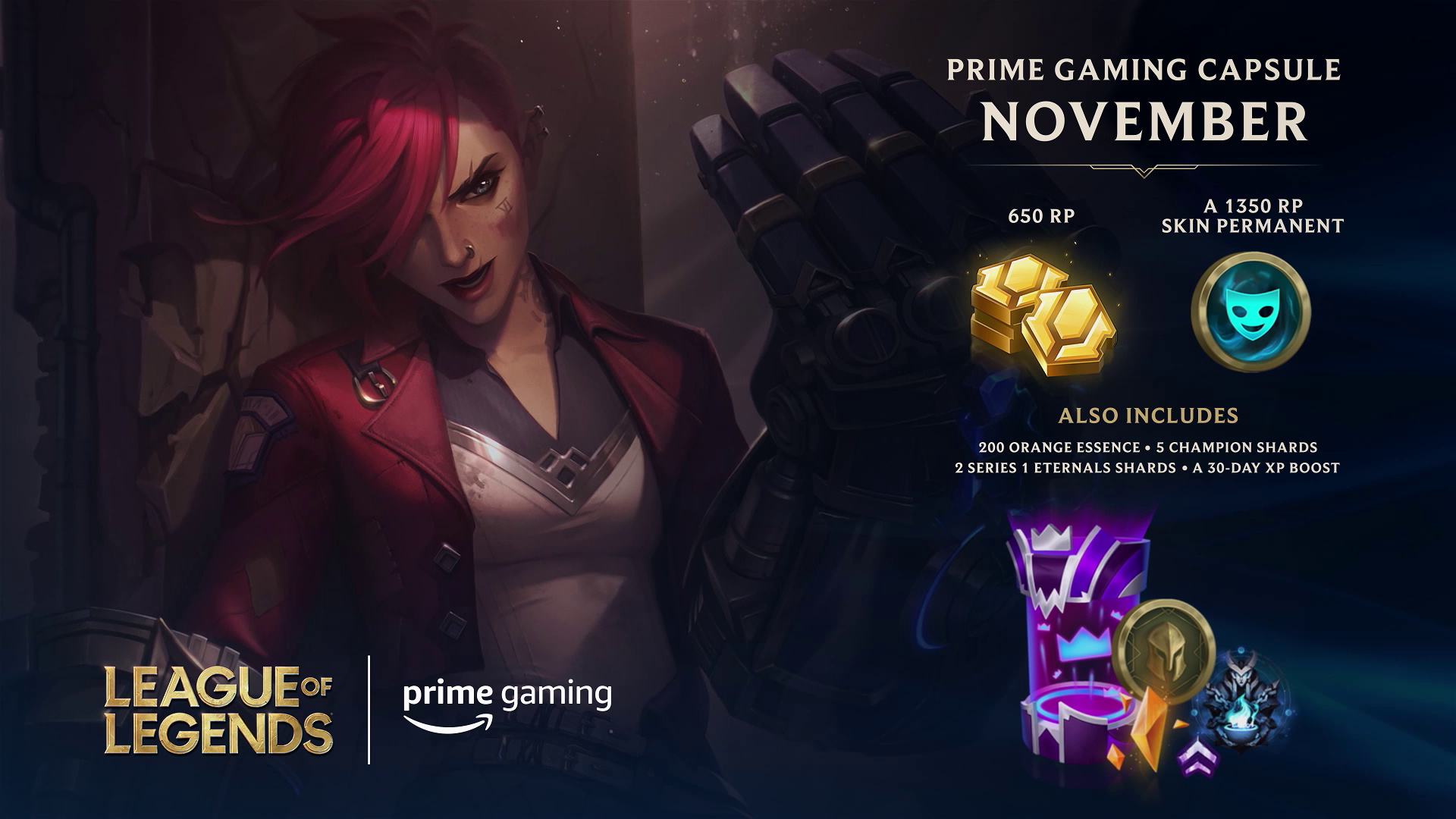 While Amazon’s Prime Gaming has worked with Riot Games since 2018, a new partnership is bringing players access to high-value, exclusive content. Prime Gaming will also be an official sponsor for Riot esports.

Amazon Prime subscribers will gain access to tons of new cosmetics and loot through their Prime memberships, the company announced today. Players will be able to unlock exclusive content for all Riot titles, including League of Legends, VALORANT, Wild Rift, and Legends of Runeterra.

Prime Gaming, formerly known as Twitch Prime, is platform agnostic. This means that gamers can access Prime Gaming content on all platforms and devices, such as PC, mobile, and console.

Starting today, all Prime members will be able to unlock the League of Legends Prime Gaming Capsule. This includes 650 Riot Points, a 1,350 RP skin, five Champion Shards, 200 Orange Essence, two sets of Series 1 Eternals, and a 30-day XP boost. League esports fans will also be able to collect a custom esports emote during the global events in 2022.

Larry Plotnick, the GM of Prime Gaming, is excited about the partnership with Riot.

“We’ve been working with Riot for a while now, but this collaboration raises the value bar for customers to ensure Riot’s games are even better with Amazon Prime,” Plotnick said. “We’re looking forward to featuring additional content for Prime Gaming members in the coming months.”

Jung Suh, the director of business operations for Prime Gaming, is also thrilled to see this partnership come to fruition. He revealed that since he started at Amazon five years ago, he’s seen Prime Gaming rewards increase from one item a month to over 580 items a month for Prime members.

Suh told Dot Esports he’s most excited about the esports component of the partnership with Riot and believes it will provide a lot of value for fans of Riot titles.