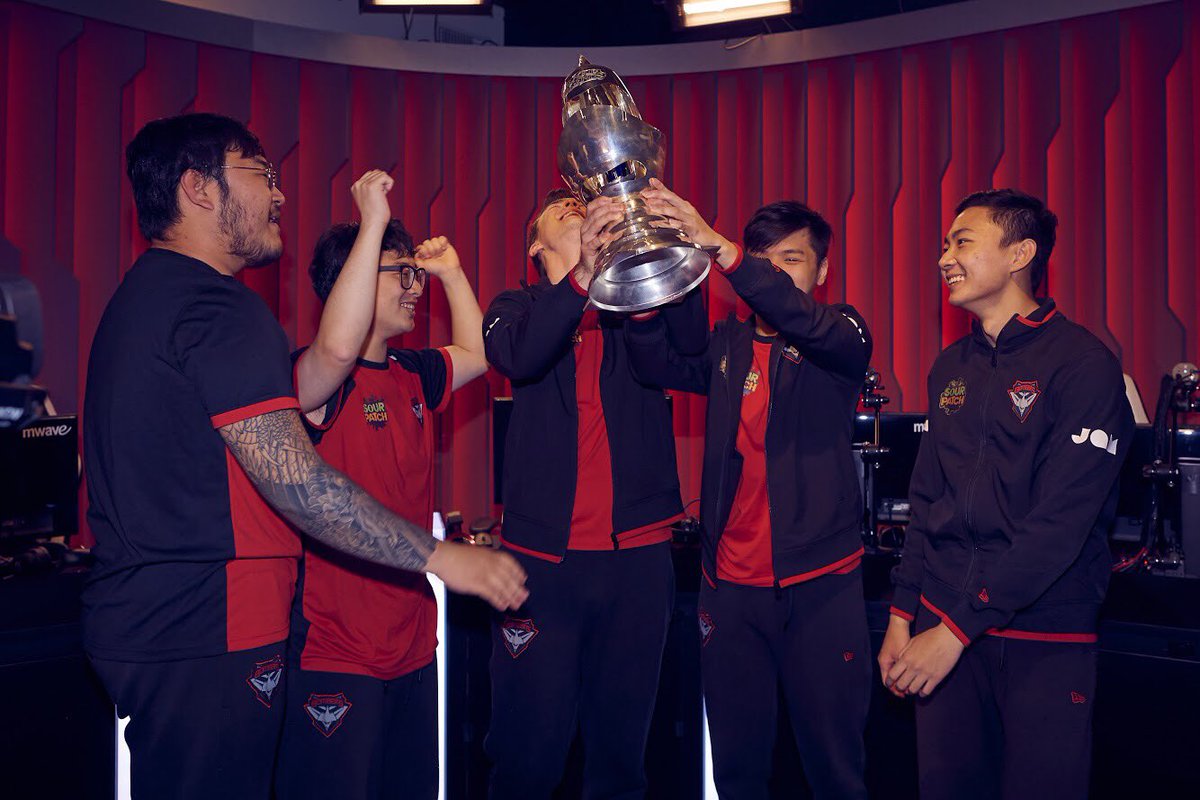 The Bombers made their mark on the OPL landscape in the first split of 2019, claiming their first OPL title and breaking the Dire Wolves’ four-split winning streak.

But with roster changes galore happening in the offseason, the rankings have been shaken up before the OPL returns this weekend. Check out our power rankings below as we break down the best and the worst teams from the land down under.

Legacy were underwhelming in split one. With an emphasis on developing for split two, the slew of roster changes coming through has left them scrounging at the bottom of our power rankings.

While they have some hope with Mark “Praedyth” Lewis taking home a most improved award at the end of the last split after role-swapping from top to bot, Legacy are generally outclassed in terms of skill in most lanes. Legacy will need all the tricks they can get to avoid a last-place finish this split.

There’s a chance Gravitas can break into the top five after barely missing out in split one. But things are looking grim as the rest of the competition seems to have broken new ground with great pickups, while Gravitas are putting faith in their split one team.

Gravitas have a bit more name value and experience compared to the Legacy squad, but they look well behind the rest of the OPL. If Jackson “Pabu” Pavone can bring an all-star top lane performance in split two and the rest of their lanes step up, Gravitas might surprise us all. But don’t hold your breath.

Avant had a solid split one this year. With innovative team comps and mostly solid gameplay all around, they managed to snag third in the regular season. Their rotation jungle experiment, however, didn’t work, and they have instead decided to part ways with both Ryan “Swathe” Gibbons and Lachlan “Sybol” Civil to bring in Korean rookie Park “Miru” Mi-reu.

Picked straight from Korean solo queue with no competitive experience, Miru will be looking to leave the same impression Choi “BalKhan” Hyun-jin made on the Bombers in split one this year. But as much as this pick up could pay off massively for Avant, the other changes that teams above them have made result in them sliding down the ladder.

The Dire Wolves were more like the Dire Pups in split one. They put too much faith in young talent who weren’t ready for the OPL and they paid for it with a 1-20 record. For the first time in the organization’s history, Dire Wolves is importing talent to try and break back into finals contention.

Oh “Raise” Ji-hwan and Eun “Totoro” Jong-seop join the wolf pack from the LMS and LCK respectively, while Lo “Siuman” Pak Man and Robert “Katsurii” Gouv have been promoted from the OCS.

This new roster has a lot of potential, but it’ll take some time for it to come to fruition. By the end of the split, though, keep an eye out for the Dire Wolves because they’ll be on the hunt.

Order’s run in split one can only be described as a miracle. After scraping into the gauntlet over Gravitas, they took down Mammoth, Avant, and the Chiefs on their way to the grand finals, where they eventually fell to the Bombers. While there were concerns about this roster, especially surrounding the bot side of Ronan “Dream” Swingler and Jayke Paulsen, they both performed above expectations in the finals.

Now, Order’s top side has to prove they can still hit the same highs as they did during their heyday. James “Tally” Schute, Sam “Spookz” Broadley, and Simon “Swiffer” Papamarkos are all legends of Oceanic League and can carry their teams to victory.

New jungler Paris “Souli” Sitzoukis will also have a lot to prove if he gets a start. If Order can get on a run like they did in the gauntlet, they have a real chance to break into the top three for good.

Mammoth had a disappointing split one by their standards. With three OPL champions in Stephen “Triple” Li, Calvin “k1ng” Truong, and Mitchell “Destiny” Shaw, and two rising stars in Leo “Babip” Romer and Kim “Topoon” Ji-hoon, they were expected to at least place in the top three. But they came in fifth.

Now, taking one of Oceania’s best top lane talents in Ibrahim “Fudge” Allami, Mammoth have another shot of climbing the OPL mountain with a star-studded roster. Mammoth need to have a good performance in split two or heads will be rolling in the offseason.

The Bombers finally cracked the code in split one and claimed their first title. It took an overhaul of their entire squad and a bit of importing to make it work, but they did it. They’ve been forced into a rebuild after just one split, however, with BalKhan departing for the TCL and bot laner Victor “FBI” Huang joining Golden Guardians Academy.

To replace them, the Bombers promoted ex-mid laner Carlo “Looch” La Civita to the bot lane, while bringing Korean jungler Jeong “Wilder” Jin-woo from the LJL. Keeping a Korean in the jungle means that the Bombers will still have the most threatening top side in the region, but it’ll be up to Looch and captain Jake “Rogue” Sharwood to find some synergy in the bot lane to go back-to-back in 2019.

After being so close so many times, this split almost seems like the Chiefs’ to lose. With no changes being made between splits and a heart-breaking third-place finish in split one, the Chiefs will be hungry for redemption. Bill “Eyla” Nyugen stood his ground in his first OPL split, cementing his place as one of the region’s best supports.

The Chiefs will need a mindset change around finals to take home the title at Melbourne Esports Open in September. The Chiefs have found themselves so close to greatness but always crumbled on the biggest stages. Some of the best talent in Australia as now spent a split together. If they can hold out the onslaught of teams finding their groove late in the split, they’ll be going to their first Worlds.

The OPL starts on June 7.