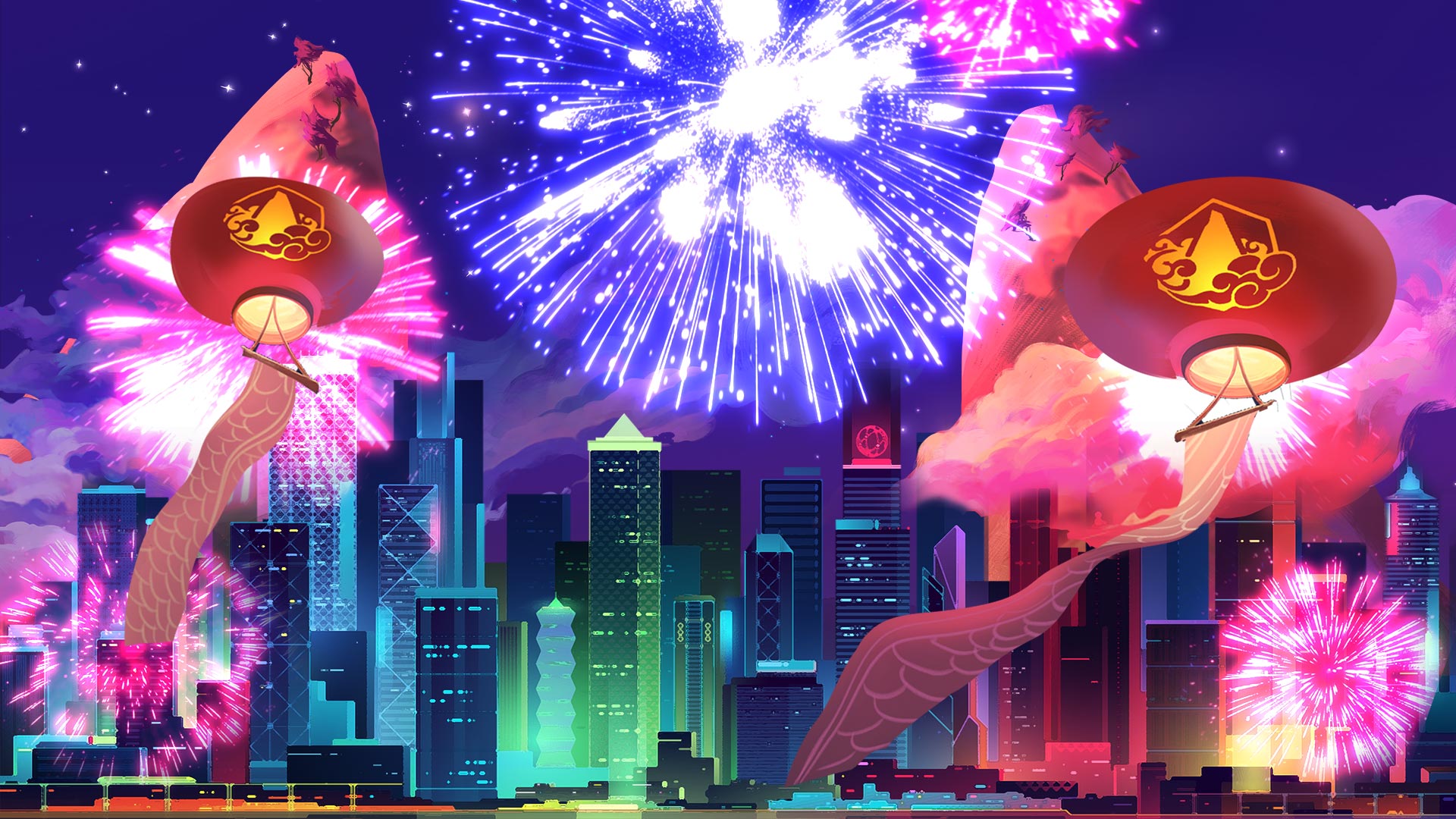 It’s common in Australian culture to endearingly refer to your mates using hypocoristic versions of their given name. It’s the spirit of traditional Aussie larrikinism that you apply these silently agreed-upon nicknaming conventions that turn a Sharon into a Shazza or a Barry into a Bazza. It’s the Aussie twang that makes it.

That’s how Teamfight Tactics player Razza got his alias. But after qualifying for the TFT Fates World Championship late last month, he’s earned a new nickname from his community: OCE’s Chosen.

The name derives from the TFT Set Four unique Chosen mechanic that allows for one of your team’s units to become particularly strong and usually helps to carry your team to victory. In this sense, the nickname fits perfectly. Oceania was afforded only one invitation to the Fates Championship on April 7, despite being one of the largest regions in regard to its player base size. And Razza has been tasked with carrying that entire region on his back alone.

But it’s not an impossible task. It’s the tale of so many classic underdog stories, one in which the overlooked protagonist triumphs through consistent dedication and cleverness. And luckily for this protagonist, these traits seem to have existed within Razza since the very beginning of his journey.

An early adopter of the game, Razza has been playing TFT since its beta. Razza says he was never any good at games like CS:GO and believes there’s no way he could compete with the infinite generation of 16-year-old prodigies that rule those types of games now that he’s older. Instead, he played a lot of poker, Hearthstone, and Magic: The Gathering. It’s not surprising that a more cerebral game like TFT could come more naturally to him.

In late 2019, Razza jumped straight in to the game’s first iteration of a ranked mode, applying that innate cleverness and strong work ethic he had found success with in other games. Before long, he found himself toward the top end of players in the region, finishing Set One with the rank of Grandmaster. But Razza said it wasn’t until Set Three that the Oceania region—and subsequently himself—really began learning the nuances and intricacies of the game that set the ladder players apart from the pros.

Set Three was his first time hitting Challenger, but Set Four is the set he’ll really leave his mark on.

Razza built his success in this set off of the back of his unique flexibility, even in the most constrictive of metas. At points, he’s been a self-described “one-trick,” playing just one composition over and over, trying to force its success. But he’s never been a slave to the meta.

His early adoption of the Keeper composition aided in his rise to the top of the Oceanic scene. Around the time the first qualifying events for Fates Worlds began, all of the players at the height of the scene thought they had the meta solved. But being the clever player he is, Razza found a direct counter to most of the best units in the game.

“You can just pick a meta comp and one-trick it to GM, but if you find a counter before everyone else does then it’s infinite LP, like 500 LP in a day if you find a good counter to the meta,” Razza told Dot Esports. “It’s hard to find the perfect counter to a meta, but it’s worth it if you can.”

The real challenge ahead of Razza, however, was taking his talents and applying them to a tournament setting.

For TFT players, the crowning jewel of the competitive circuit is the World Championship held for every set. It’s their Super Bowl. And much like the Super Bowl, there’s an entire season of preliminary events and matches that decide the participating finalists.

In Razza’s case, this was the Oceanic TFT Fates Regional Series. The series ran over many months in early 2021 and, since it was an open event, had thousands of entrants from different skill levels trying their hand at taking home the gold.

There were just three ways players could qualify for the Regional Final in March, the event that would directly qualify them for the World Championship: Players could qualify via weekly ladder snapshots, placements during qualifying events, or by winning one of the open qualifiers. Being the consistent player he is, Razza easily earned his spot in the Regional Finals with a number of impressive showings during the qualifying events.

In the Regional Finals, which ultimately crowned Razza as the best in the region, he placed in the top-four in five of the six lobbies played. On top of that, two of those top-four placements were firsts. This kind of consistency has become synonymous with Razza and it’s always been a strong part of his gaming style.

Competitive TFT is a game unlike many other esports in that it’s not team-based. Many players can also be successful while having opposing outlooks and opinions on how the game ought to be approached. Much like a painting can be easily recognized as the work of a certain artist based on a certain way of brushstroke, a TFT player can be recognized by their board structure, economy management, and decision-making.

For Razza, the signature to his playstyle is his consistently clever decision-making skills. But as with art, influence and inspiration are what primarily define a signature style.

Razza attributes some of his recent success and signature playstyle to North American players MismatchedSocks and Bertasaurus. “I watch a lot of Socks and Bert,” Razza said. “Their playstyles are probably the most similar to mine, which is that they play a lot more for top-four than they do for first.”

With the dust now settled on his qualifying performance, Razza has to prepare for Worlds, a tournament bigger than anything he’s played in before. And he’ll have to face off against his TFT idol, MismatchedSocks, who qualified from the North American events.

In preparation, he’s been playing lobby matches against top-tier North American players on their servers to get used to the ping. “It’s also a better server with better lobbies,” Razza said. “Also, a higher population means faster queues too.”

Although he hasn’t had any time to play on other servers, he’s made sure to do his homework on the playstyles of different regions going into the event. He considers Korean and Chinese TFT to be “more aggressive,” saying that “their boards are stronger at level six but weaker at level eight because they invest into rolling earlier on.”

But going into Worlds, Razza says that kind of playstyle doesn’t faze him. It’s his idol, MismatchedSocks, who he fears playing against the most.

“I’m pretty scared of Socks,” Razza said. “It’s hard to say that someone is the best player in the world, but I’d say it’s him. He’s at least in the top five.”

Heading into the World Championship, MismatchedSocks seems to be among the favorites to take the title. But it was the players that had little to no attention given to them before the last World Championship who shined the brightest during that competition. Whether it was 16-year-old French TFT prodigy and eventual champion KC Doouble61 or one of the many unheard-of skilled players from China, players from regions that aren’t given the spotlight proved they can still make an impact.

Compared to other regions, particularly North America, Australia’s competitive TFT scene doesn’t have the same kind of attention and love given to it. But it’s still thriving thanks to its high number of active players. Oceania is among the most participated-in and rapidly expanding TFT scenes globally, making it a little surprising that the region is given just one player spot at Worlds.

But part of the reason why the Oceanic region is so strongly represented is because it includes most of the Southeast Asian market as well. That’s because Southeast Asia doesn’t have TFT on mobile yet, so their mobile players all play on the Oceania server. And it’s because they don’t have a server for themselves that their players have been excluded from being able to qualify and represent their region at the World Championship.

Razza, who’s friends with top players like JosePao10 and Kjaos from the Southeast Asia region, is perplexed at their exclusion from Riot-run events.

“The Oceania server is actually heavily dominated by players in that region, like currently, rank one, eight, 10, 11 and 17 are all Southeast Asian,” Razza said. “They really need their spot at Worlds. I really don’t know why they don’t get one, maybe because they’re on Garena, which is a different provider for Riot. These guys are top five in North America when they play on that server—they are really good.”

Looking beyond Worlds, Razza is showing no signs of slowing down. Set Five is in the not-too-distant future and seems to have the attention of most pro players eager to escape what’s become quite a disliked set among the community.

“If TFT survives Set Four I reckon it’ll blow up, they are the worst sets, worse than Set One,” Razza said. “I’m really excited for Set Five.”

However this set is publicly remembered, for Razza, winning the Fates World Championship might turn it into a set he cherishes. But it’s a daunting task and there’s a lot on the line. Razza shoulders the hopes of both the Oceanic and Southeast Asian regions and there’s a staggering $250,000 pot of cash and prizes. But if anyone can do it, it’s him: the clever and consistent OCE’s Chosen.