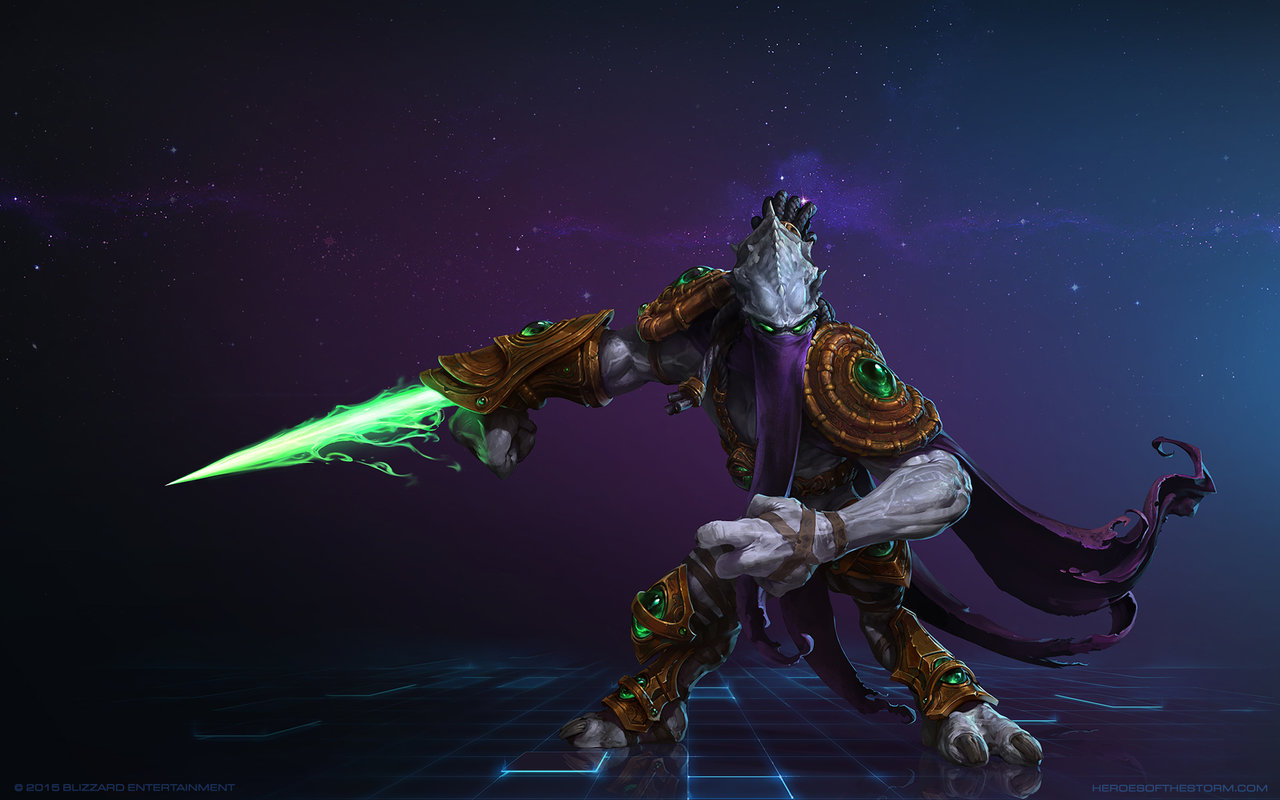 On the most recent episode of Summoning Insight, episode 49 to be more specific, Christopher “montecristo” Mykles vociferated on the western region’s chances of winning the League of Legends World Championship in the upcoming fall. My reaction? I liked it. Why? It made me reflect on the situation as a whole. The most recent international tournament, the Mid-Season Invitational (MSI), featured the 6 best teams of their respective regions. With Team SoloMid’s victory at IEM Katowice, the expectations were suddenly high for the western teams. That was the first indication of whether or not the teams of the West were finally catching up to the powerhouse regions such as China and especially Korea. Sadly, North America’s representative didn’t face the #1 Korean representative at IEM Katowice, being the GE Tigers, but they managed to win the tournament nonetheless by notably beating CJ Entus, yoe Flash Wolves and a Chinese team in the finals, World Elite. At MSI though, they had to face SK Telecom and other formidable foes. To put it simple, Team SoloMid’s performance stacked the tears. On the bright side for the West, FNATIC brought their A-game and pushed SK Telecom to their limits in a memorable best-of-5 during the semi-finals. As we all know it, ultimately, it was Edward Gaming that took the trophy of this international tournament but we did see a dent in the East’s armor with the last two events. With that being said, what does the West lack to make that dent a wide open wound where salt is the only missing ingredient?

First of all, the LCK in Korea has a format that I personally think advantages them. For example, as stated during the episode in question of Summoning Insight, montecristo mentions :”You compete in LCS right now, you compete in 18 games a season [split]. You compete in Korea right now, you play 18 best-of-3’s. You could theoretically play triple the number of games in the booth, in that competitive environment.” For the teams taking part in LCS, they don’t experience that best-of-3 format. However, they do have best-of-5’s when it’s playoff time, which takes the span of 3 weeks. For the teams in LCK, they’re exposed to best-of-3’s for 12 weeks and they implement the best-of-5’s for their playoffs like the LCS’s format and like the one seen at Worlds once it exits the group stage. The setup in Korea, or even the Chinese one where they play best-of-2’s for a total of 44 games per split, helps them grow in many ways. Long sets test a team’s versatility. It’s easier to prepare for specific teams for a given week and for a given singular match than for a set of 3 games. The differences can measure how great a team’s picks&bans phase is, how great the champion pools of each player are, how many team compositions that they’re comfortable in running and  how they mold everything into the in-game strategies that go along with these different compositions. To Team SoloMid’s credit, they look great in best-of-5’s, their success in this format manifested itself during IEM Katowice and even during their run in the LCS spring playoffs.

For example in their semi-final set against Team Impulse, they lost the first game in typical fashion but went on to win the next 3 games. They got a good feel of Team Impulse’s gameplay and they countered it. In this example, if it were a single-elimination match with high stakes, Lee “Rush” Yoon-jae and his crew could’ve ran away with their victory in the first game. However that wasn’t the case and their versatility got tested. It’s also seen in the LCK where SK Telecom drops the first game against a team like Anarchy but they win the next two games, thus winning the set and the points in the standings. Therefore, Anarchy doesn’t get anything in winning a game against the mighty SK Telecom except the simple experience of it. It’s like a form of punishment, a punishment for failing the versatility test. There’s less space for excuses in sets. In this same example, SKT couldn’t say :”We had a bad game.” Actually, they can but they possibly have 2 other games right after that loss. They have a chance to adapt and right their wrongs. In short, luck is less of a factor. Also, in a more human approach, long sets can challenge a player’s cognitive and physical stamina. When you’re trailing the series 0-2 and you have to make that comeback by winning 3 straight games, it takes determination, perseverance and a strong desire to win. Moreover, in that important fifth game, after an already long series of 4 intense games, a player’s concentration cannot falter for a single second which can be a heavy task considering the circumstances. In a nutshell, the regular season best-of-3 format truly separates the good teams from the great ones by constantly making them evolve in somewhat harsher conditions.

Among general gamers, we are proud of how the eSports scene has grown through the years. For the common bystander, the progress can be seriously astonishing and even disturbing in a way. After all, the culture of eSports has been this developed for years in South Korea, taking part in the most memorable of competitive gaming moments since the supreme reign of the first edition of Starcraft.

That culture transcends generations and it influences the spawns of young prodigies such as Lee “Faker” Sang-hyeok, the Unkillable Demon King. Speaking of Faker, also otherwise known as God, rumors claim that he describes playing at 30 ping being, well…unplayable. As a local Canadian, I am personally jealous of players getting a ping of 30 since I generally get around 80. So at what ping does Faker and his fellow Koreans play on their server? Their latency is generally below 10. Yes, 10. The quality of the Korean League of Legends server has a great reputation. Yet, that level of quality doesn’t stop at the latency. Indeed, the quality of the players is also considerable. The group of players in  the korean solo queue is star-studded, even hosting players from regions close by in search of true competitive challenge such as Liu “Westdoor” Shu-Wei from ahq and Kim “Deft” Hyuk-kyu that resides in China are prime examples. The server also has the most ranked players of the 10 regions you can choose from in your client, let’s compare the three most populated ones (sadly I wasn’t able to find any data of the Chinese QQ servers) :

By the sheer demographics of the situation, not only do the ranked players in Korea add up to a greater number than the ranked players in the other regions, Korea is a much smaller region than its western counterparts. The concentration of players is incredible. In a sense, with so many players, it unlocks more potential in the solo queue environment. With the talent that goes along with it, the top players push each other constantly, having viable opponents more often. They also apparently spend more time climbing the ladder. That is an argument frequently used when describing the gap between regions. It’s ordinary to play League of Legends for 12 to 15 hours a day in Asian regions. For the West, based on testimonies, that amount is a little less, more so around 8 to 10 hours (although I’ve heard the West’s numbers start to resemble more and more the Asian regions). On a side note, it’s also ordinary for Koreans to have beach parties featuring a competitive gaming playoff :

All of this does sound like the arguments are all in favor of the eastern regions, making another Christopher “montecristo” Mykles out of me. My first name might also be Christopher but fear not, I am from North America (wait, he comes from NA too…oh well) and I believe that anything can happen in competitive gaming. Anything can happen but as this article demonstrated, the odds don’t favor the western region. However, a great aspect of both the EU LCS and the NA LCS is that they feature an interesting blend of cultures. Many teams feature different ethnicities and that is a feature not seen at all in the LCK. On the other hand, the LPL does feature the most dynamic mix, having teams composed of Chinese and Korean players since the end of the Season 4 World Championship. Nonetheless, the multiracial teams in the LCS is truly inspiring, ranging from Kim “Reignover” and Seong “Huni” Hoon Heo in the european squad FNATIC to Chae “Piglet” Gwang-jin and Kim “FeniX” Jae-hun in the american squad Team Liquid. However, to my knowledge, the LCS teams haven’t distinctly taught anything to their eastern rivals often mimicking their playstyles in a way, making them the students while the eastern teams remain the teachers. Yet, many tales feature a student that surpasses their teacher. Maybe the League of Legends scene is just another tale waiting to be an addition to that theme.

My name is Christopher “Wave” Phakjarung and I want to give you my sincerest gratitude for reading.