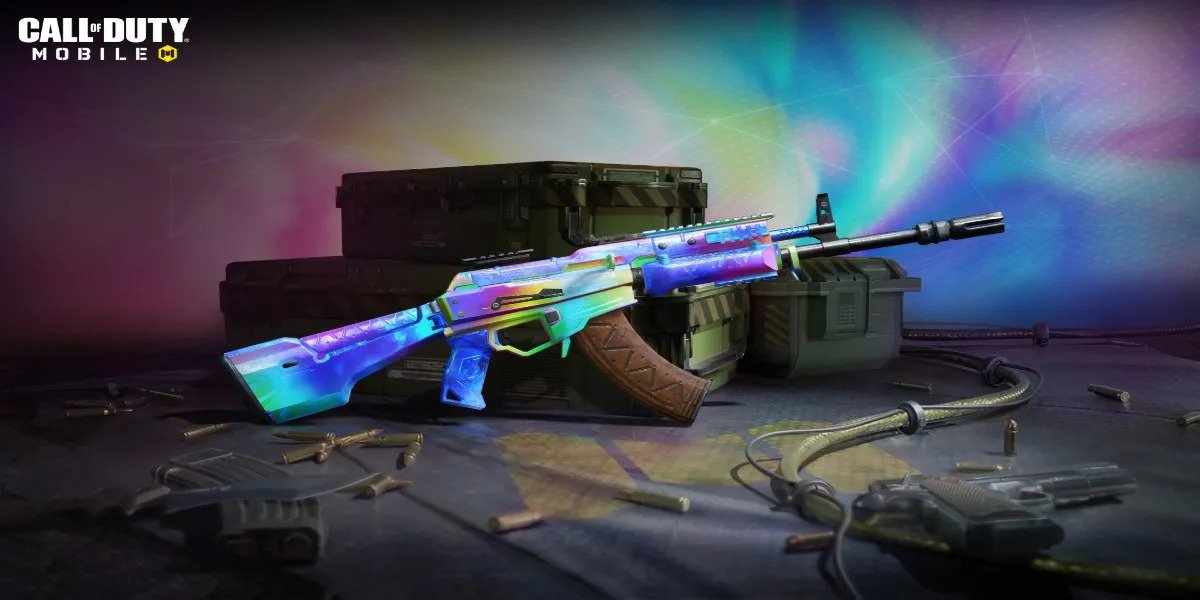 Call of Duty: Mobile has been a popular choice for mobile gamers since its release over a year ago. The handheld variant of the Call of Duty franchise has gotten over 250 million downloads worldwide.

One popular aspect of the series is the multitude of guns that the games provide players with. Each type of gun is perfect for different types of situations and CoD Mobile not only makes it possible to have each of these but also allows players to get their hands on exclusive items, like unique gun skins.

Each of these gun skins has various tiers, including legendary, epic, rare, uncommon, and common. Of these tiers, there are a bunch of skins that are more coveted than the rest.

Unlike most other games where weapon or armor skins are purely cosmetic, CoD Mobile provides a variety of bonus stats and kill effects that the default weapon does not provide. These can range from graphical effects and screen popups on kill to broadcast effects that are heard all over the map when the player kills someone while using a particular weapon skin.

Here are the best weapon skins in CoD Mobile, ranked from lowest to highest.

Bringing up the rear in our No. 10 spot, the Man-O-War Dream Crystal covers up the already powerful assault rifle in an even better-looking skin. Players need to reach level 52 to unlock this powerful rifle type, however. Even then, getting the skin might take some more effort on their part because it is not exactly easy to get, especially since it is one of the legendary tier skins. It also has a variety of effects, such as getting extra ammo when killing enemies from close range, along with a new kill effect specific to the skin type.

This skin can be acquired via the Dream Crystal Lucky Draw.

This skin can be acquired via the Valentine’s Draw.

The GKS Tactical Unicorn skin is aptly named since it has a unicorn head and horn as the barrel. It is a highly coveted legendary tier weapon skin, especially since it could only be acquired through season five. As is the case with other legendary blueprints, every enemy killed is broadcast with effects, shrouded in fireworks while the weapon itself changes its appearance.

This skin can be acquired via the Rest in Rainbow Bundle from season five.

The Type 25 Bloody Vengeance sits in our No. 7 spot. This aggressive-looking weapon skin covers up a dangerous weapon in the Type 25, arguably the best weapon type for close combat. The main weakness of this weapon type is its bad accuracy, but when it is being fired from close range, that does not matter. If the weapon itself wasn’t dangerous enough, the Bloody Vengeance skin adds a more menacing touch to it.

This skin can be acquired via the Huntress Draw.

The Outlaw High Noon is one of the more classier-looking skins in the game. This golden variant of the first sniper rifle on this list is a beast of a long-range weapon by itself. Acquiring the base Outlaw rifle itself will require players to reach tier 12 in the free season six battle pass, while the High Noon version requires a bit of luck in the draws.

This skin can be acquired via the Frontier Justice Draw.

This skin can be acquired via the Melting Point Draw.

The Cordite Zero-G is a futuristic-looking weapon skin. It’s the best-looking skin for the other amazing SMG-type weapon in the game. Unlocking the base weapon is not too difficult, requiring the player to reach level 10 first. For an SMG, the Cordite has a low recoil rate, making it great at long-range as well.

This skin can be acquired via the Void Lucky Draw.

The AK117 Meltdown is another molten weapon skin, arguably better looking than the QQ9 Melting Point. The difference in power between the QQ9 and the AK117 is pretty apparent, however, with the AK117 boasting way more firepower at a faster rate. This just comes down to the assault rifle class weapons being a little bit better than the SMGs at close range.

This skin can be acquired via the Molten Fusion Draw.

It’s probably not too surprising that the DL Q33 – Zealot is this high on the list. It’s one of the more popular skins with its fascinating design and cool-looking demonic skeletal concept. As the other sniper weapon on this list, it’s extremely powerful at long range. The legendary skin gives it unique kill effects as well.

This skin can be acquired via the Dark Ritual Draw.

The top spot on our list is held by the M4 – Court Jester. This might be a controversial pick for some, but in this author’s humble opinion, this is the best-looking weapon skin. The molten design of the gun, from the grips to the handle to even the barrel, is something that I personally thoroughly enjoy. That combined with the dark sinister looking purple aura and the chain around the barrel makes for a thoroughly enjoyable aesthetic while being a badass gun.

Lest we forget, this skin still belongs to the M4, so there’s no shortage of power here either.

This skin can be acquired via the Wicked Trickster Draw.