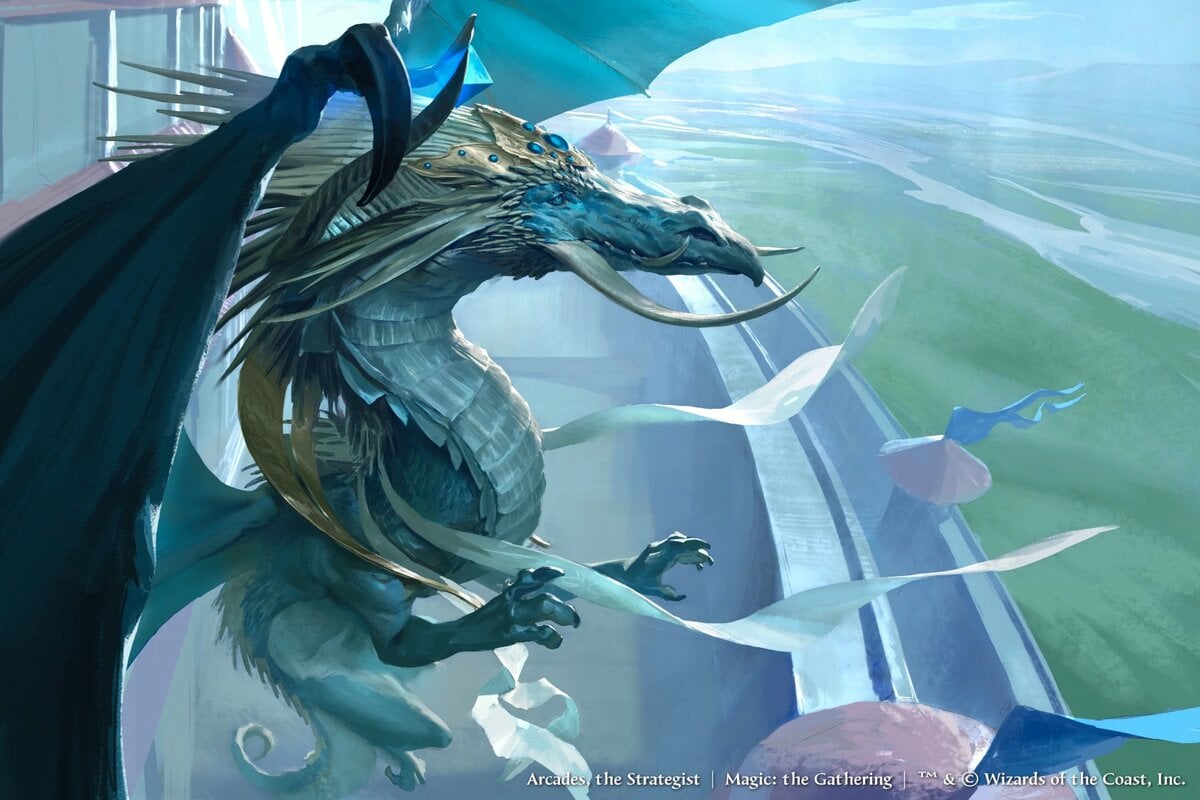 Magic: The Gathering’s latest commander set is bringing back more of the Dungeons & Dragons goodness that Wizards of the Coast introduced in Adventures in the Forgotten Realms.

Among the fire breathing monsters coming with the set is a chromatic cycle of mono-colored dragons that are mythic rarity, all of which have “ancient” in their name and require two devotion to their respective color to cast.

What makes these expensive-to-cast creatures massively valuable is a triggered ability that each has with some D&D flare to them, bringing a mechanic from the role-playing game into MTG. 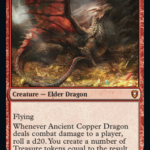 Each ancient metallic dragon allows players to roll a d20 whenever the creature deals combat damage to a player. A d20 is a specific type of 20-sided die used for playing D&D, and is typically the core die used for players rolling attacks and ability checks. This is not to be confused with 20-sided spindown dice, which are often used in MTG as tools for tracking life totals.

The result of your d20 roll will affect the benefit that you get that is specific to your dragon. These abilities trigger after the damage is dealt by the dragon to a player at the end of combat.

With these creatures coming in a commander set, their mana cost as well as their triggered abilities are geared toward the commander format. Trying to fit these cards into 60-card decks might be a little bit tricky, and in some cases is ill-advised.

Particularly with the Ancient Silver Dragon, you probably will not want to play it in a deck outside of the Commander format. If the dragon deals combat damage to an opponent, you could potentially be forced to draw up to 20 cards. While this might help you win the game, in a 60-card deck, you could be setting yourself up to deck yourself.