Every new mechanic in Magic: The Gathering War of the Spark

Discover the new mechanics in MTG War of the Spark. 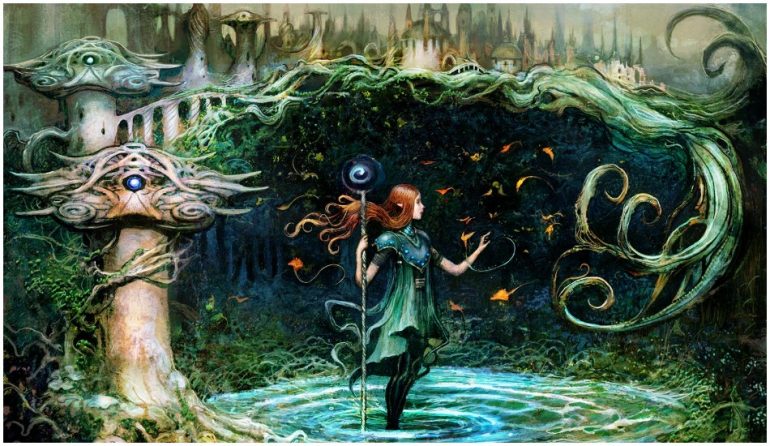 An epic battle is being fought on Ravnica, with War of the Spark being the final act.

Dubbed the planeswalker war, head designer for Magic: The Gathering Mark Rosewater wanted mechanics that fit the overall storyline and theme of the expansion. To do this, he simplified the options down to three—planeswalker static abilities, proliferate, and amass.

Due to the size of the war taking place, War of the Spark required a showing from every possible planeswalker. In total, over 30 found their way into the expansion. Because there’s so many, not every planeswalker could be designed like previous expansions (only rare and mythic rare). This led to the first uncommon planeswalkers and a new mechanic.

A planeswalker static ability has several different forms, like removal, beefing up a creature, or working as an enchantment. In addition, loyalty counters are still in place with uncommon planeswalkers only having a minus ability. In War of the Spark, there are 20 uncommon, 13 rare, and three mythic rare planeswalkers.

With so many planeswalkers not having a plus-loyalty counter, an old mechanic was revised and brought back to life.

Originating from the Scars of Mirrodin block, proliferate is a mechanic used to increase planeswalkers loyalty counters and plus one/plus one counters on creatures.

Proliferate has the potential to become a broken mechanic. To keep that from happening, proliferate is on only 14 cards. Much like afterlife from Ravnica Allegiance, proliferate will see most of its action in a Limited format.

“Choose any number of permanents and/or players, then give each another counter of each kind already there,” the effect reads.

The mechanic amass is Mark Rosewater’s answer to Bolas’ eternal army in the storyline. Not wanting a mechanic that produced a large number of tokens (slowing down gameplay), amass was created. The “army” is represented through a single card, rather than multiple.

“Put a plus one/plus one counter on an army you control,” the effect reads. “If you don’t control one, create a zero/zero zombie army creature token first.”

Amass is similar to a Simic theme through a plus one/plus one counter, but differentiates by growing a token into a very powerful army contained in a singular card. It’s also not in every color scheme. Amass is primarily in mono-black (home of the zombies) and in the colors of Bolas (red, blue, and black).

Unlike proliferate, it’s unclear how amass will perform in Limited and Standard right now. With so many removals and board wipe spells available, amass could be dead in the water before it even has the chance to grow.

Magic: The Gathering War of the Spark’s pre-release is on April 27. Two days prior, the expansion will launch on MTG Arena.