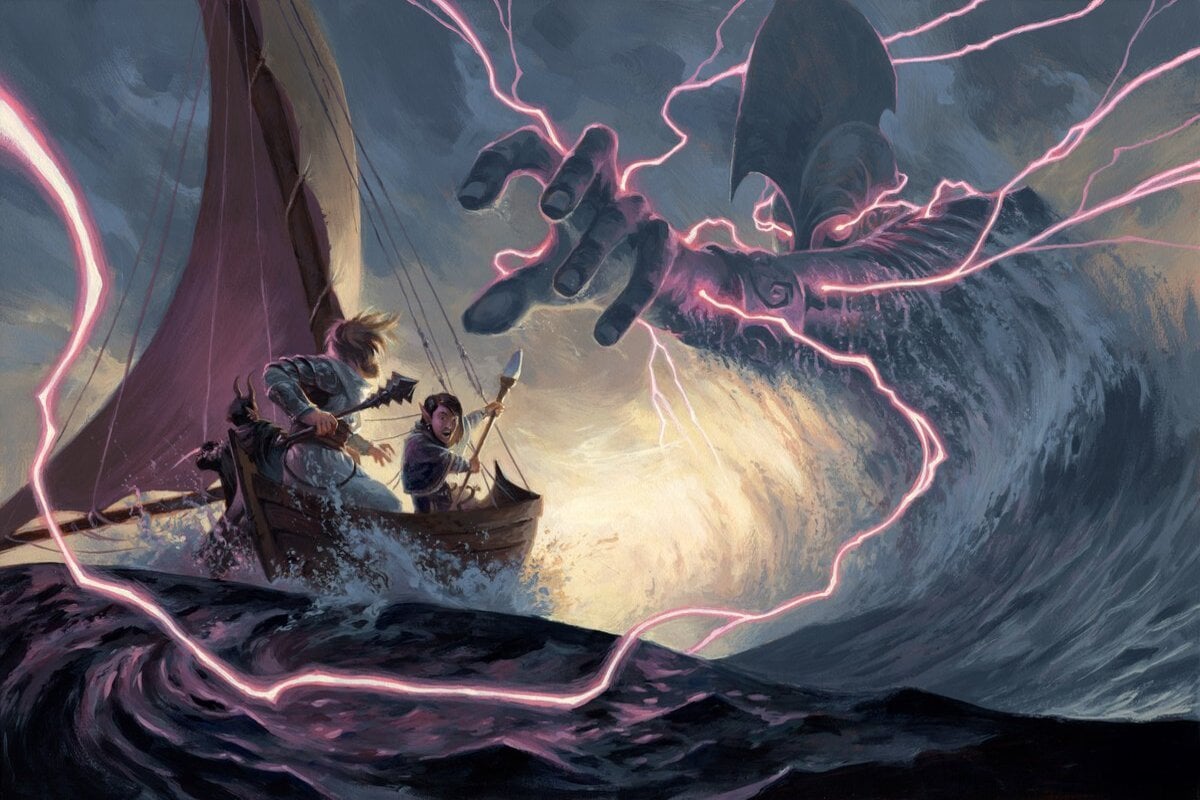 Gods from the lands of Faerûn in Dungeon & Dragons are, for the first time, getting materialized into Magic: The Gathering cards within the upcoming Commander Legends: Battle for Baldur’s Gate set.

There are over 30 deities scattered throughout the Forgotten Realms, according to D&D Beyond, with a potential cycle of them in the Commander Legends: Battle for Baulder’s Gate (CLB) set that is scheduled to release on June 10. Containing a total of 361 regular cards, the Commander set is playable within the MTG Limited format. And the Gods revealed today during the Baldur’s Gate spoiler stream—Myrkul, Lord of Bones and Bhaal, Lord of Murder—might have an impact on the Limited meta.

Both Myrkul and Bhall became Gods within the Forgotten Realms at around the same time, along with Bane (who might end up in Baldur’s Gate as well). And both share similarities in their manifested Magic card forms. A static ability gives them Indestructible upon life total stipulations getting met and both have an ability that triggers whenever another nontoken creature you control dies.

Myrkul, Lord of Bones is known as Lord of Bones, Lord of the Dead, and the Reaper. This former human isn’t worshipped but rather blamed when things go wrong.

Bhaal, Lord of Murder is literally the God of murder. He is also able to take on three forms: the Slayer, Ravager, and Kazgoroth—with the Slayer form likely the avatar featured on the Baldur’s Gate legendary Magic card.

Players can test out both Bhaal and Myrkul, along with other D&D Gods within the Commander Legends: Battle for Baldur’s Gate set, during prerelease events from June 3 to 5 and when it releases globally on June 10.