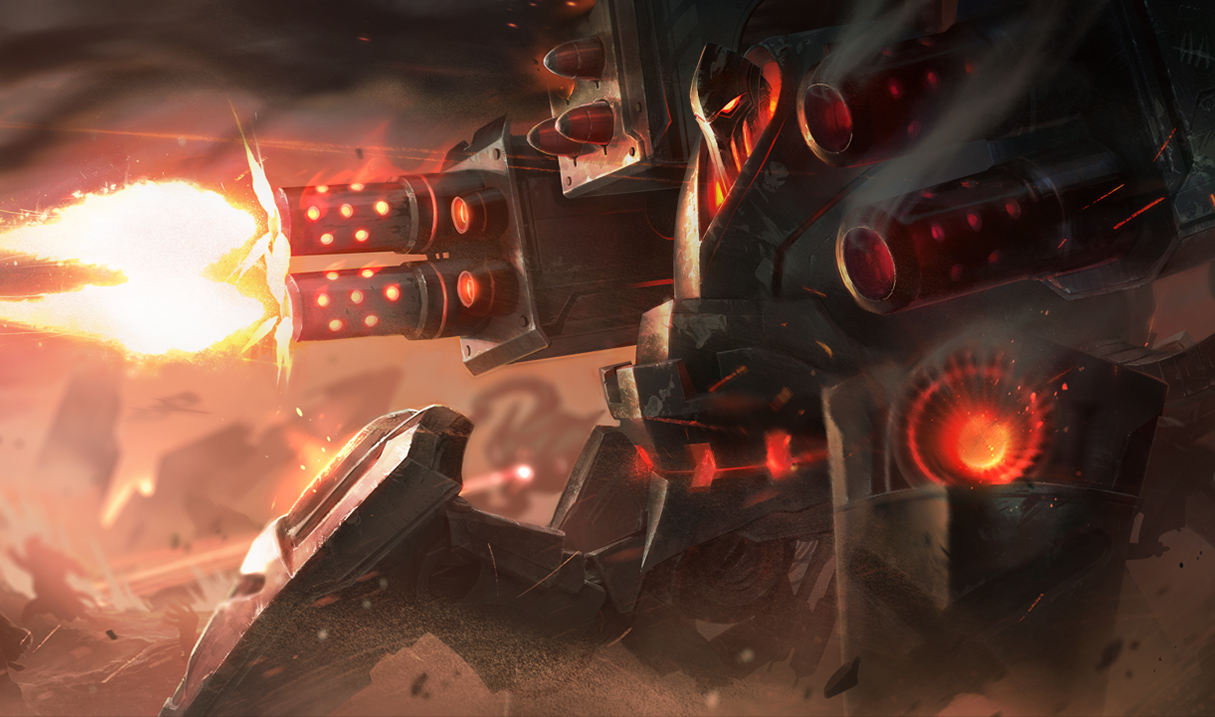 When Urgot’s rework was revealed last month, and we all saw the nightmare-fueled instakill his ultimate ability had become, the League of Legends community was worried he might be a little too strong. Well, he was released almost two weeks ago today, and it turns out he’s very balanced.

Unlike Galio immediately following his rework, Urgot doesn’t feel that oppressive. Riot pulled off something difficult—it designed his new kit to feel scary and threatening without actually making it that threatening, and that’s no easy task.

He doesn’t need an onslaught of nerfs, even with his insane damage and tankiness. He actually seems like he might be a little on the weak side, if anything.

At his core, Urgot is a juggernaut. It may seem weird to call a ranged champion a juggernaut, but it’s true, and he essentially has the same strengths and weaknesses of the other juggernauts in League—Darius, Garen, Cho’Gath, and Mordekaiser. Extreme immobility, lack of hard engage, and susceptibility to kiting are his weakness, and just like the other juggernauts, he has a very hard time dealing with tons of crowd control and mobile carries.

His strengths are just as distinct. Although he’s slow moving, if he can actually get a hold of you, your health bar is going to drop so fast you won’t believe you’re dueling a tank. On top of that, just like every single other juggernaut, his ultimate hits like a truck, and if it’s up, you’ll probably lose a fight against him.

As far as other players’ performance goes, his win rate is actually pretty damn low. He’s sitting at 43 percent—the lowest top lane win rate in the game, according to League stats site OP.gg. Don’t let that dash your hopes of learning how to terrorize people as the Ur-god, though, because he’s still doing fine. The low win rate is almost similar to Kayn after his release and Galio after his rework. Tons of people are playing him, and his win rate will remain low until that dense population of players figures out all his quirks.

That being said, just like Kayn and Galio, Urgot’s win rate has still steadily been climbing since his update. Combine that with his clear strengths and weaknesses, and the conclusion is that Urgot is in a very healthy place. There are distinct match-ups that go in his favor and distinct match-ups that can really ruin his day, and champions don’t really fall into an unhealthy category until that ratio gets shifted one direction of the other.

If you’re thinking about trying out the new Urgot, take it from us—now is the time to do it.