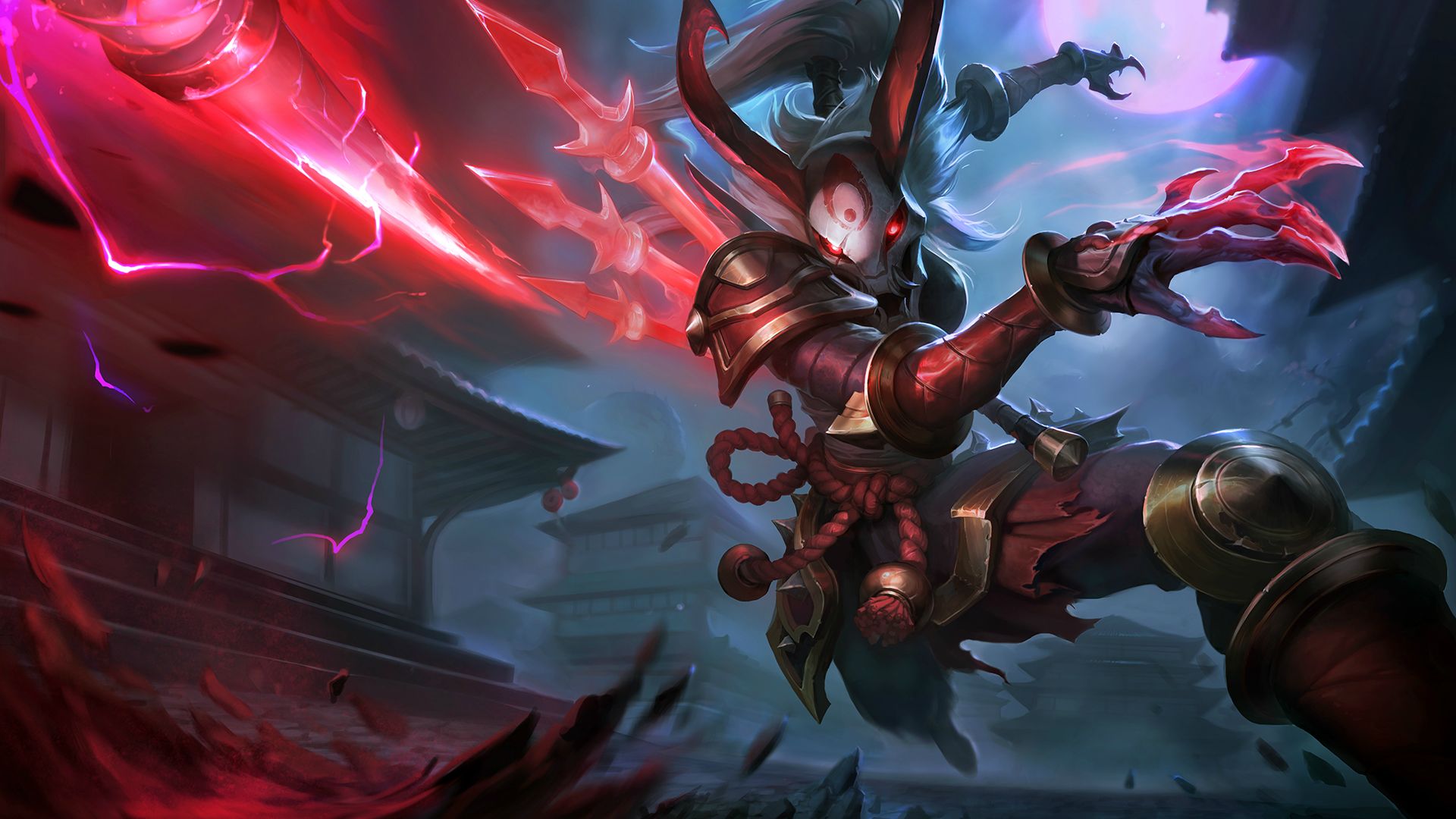 Kalista is now a highly-contested pick in the top lane in League of Legends solo que. She was played this week by Invictus Gaming’s top laner for the first time in competitive play this season and helped his team achieve a clean 2-0 win.

While Kalista received some buffs to her health and armor growth in Patch 10.1, she’s just recently started appearing in the top lane. So what’s changed over the past couple of patches?

Kalista has always been a great pick against tanky teams due to her kit and itemization. She focuses on acquiring lifesteal items and stacking her spears on a target, then popping it for insane amounts of damage. Tanks have always had a difficult time against Kalista since she can kite around them in a circle and chip down their health bar with Blade of the Ruined King and spears.

Kalista’s Pierce (Q) is her main poke ability during the laning phase. Even though it has good base damage and 100 percent AD scaling, it falls off after the laning phase due to Kalista’s requirement to rush certain attack speed items, which don’t have that much AD. You should focus on maxing it against ranged champions and poking them down on cooldown to force them back. This will allow you to farm safely and reach your power spike faster.

Sentinel (W) is useless early on without an ally. You won’t be able to proc it and the vision granted by the Sentinel can be easily circumvented by enemy players. You shouldn’t max this ability up until level 10 when you might start grouping with the team.

Her Rend (E) ability is what makes her terrifying to tanky champions. Due to her core items being focused on attack speed, she becomes a hard-stacking spear champion. Due to the lifesteal on your items, you’ll be hard to kill if you kite properly and you’ll have more time to stack these spears to pop them to deal a lot of damage. Rend can also be used to secure objectives since you need a couple of stacks to deal more damage than the enemy jungler’s Smite.

Fate’s Call (R) should be used to either send an engage champion into the enemy champion or pull an assassin out of a teamfight. You should think clearly about who you’re going to link from the draft. Once you link with a teammate, you can no longer pick another one. You should hold the Black Spear in your inventory until mid-game to see who will benefit from it the most.

Why is Kalista viable in the top lane now?

The meta is constantly evolving and there are many melee champions picked up in the top lane right now. Kalista is a good counter to them due to her kit. The mobility granted by her passive and damage capabilities from her spear stacking makes her insanely hard to deal with unless you can burst her down or poke her out before getting in range.

The current top lane meta champions that have a high pick rate and win rate are Aatrox, Darius, Mordekaiser, Ornn, and Sett. Most of them are melee champs without a lot of mobility and they suffer a lot against champions that can kite them effectively.

While Kalista resurged in the bottom lane as well recently, she has much more success in the top lane since she can have an easier time farming against melee top laners and she doesn’t have to deal with obnoxious bot lane champions like Senna, Aphelios, Nautilus, and Leona.

There are multiple rune pages that are viable on Kalista, but this is the most-picked one for the top lane right now.

The Domination primary tree grants Kalista the ability to deliver a lot of damage in a short window via Hail of Blades. Cheap Shot and Ravenous Hunter give her additional sustain and the ability to survive the laning phase easier. Eyeball Collection is the most reliable rune to get additional AD compared to the other ones.

The Precision secondary is helpful to make you tankier via Overheal and Legend: Bloodline will help you lifesteal damage much faster.

Doran’s Blade is the perfect starting item. It gives you health, attack damage, and lifesteal, which is everything you need in one item. The health pot is self-explanatory.

This is your goal for most games. Berserker’s Greaves will allow you to kite easier, while also making your attacks much faster. Blade of the Ruined King synergizes with your kiting and stacking playstyle perfectly. It’s one of the best items to kill and kite tanks. Sanguine Blade is perfect for splitpushing. Invest in it if you intend to splitpush. It will make you much stronger in a one-vs-one scenario and practically unkillable.

While Runaan’s Hurricane is a part of the core build for bot lane Kalista, it isn’t essential on top lane Kalista unless you intend to group with your team early on. Your goal is a bit different from ADC Kalista and you should focus on splitpushing as a top laner. Therefore, Runnan’s Hurricane isn’t a good investment unless you plan to teamfight a lot with your team.

Phantom Dancer is a great pick up against assassins since it allows you to have more effective health and gives you more time to lifesteal all the damage back via Ravenous Hunter, Legend: Bloodline, and your lifesteal items. Bloodthirster is a good investment against all teams as a late-game purchase since it increases your damage directly via AD granted. It makes you harder to kill due to the lifesteal and shield.

Top lane Kalista with Hail of Blades is a great poker. The base damage and scaling on her Q make her a big threat for squishy ranged champions. You should use this to your advantage and max Q and poke enemy champions out of the lane.

If you face a melee champion, don’t worry. Kalista is one of the best champions to slowly kill champions who lack mobility. You should focus on maxing E against them since the poke from Q will barely do anything against people who intend to stack armor early on.

Focus on using Hail of Blades on cooldown and keep the enemy at bay. Pay attention to the enemy junglers and don’t overextend. Aim to farm for your first core item, Blade of the Ruined King, which will directly enhance your kit and make you much harder to deal with. Remember that you’re a carry top laner, not a tank, and therefore you shouldn’t aim to be the frontline for your team. Aim to keep splitpushing and let your team pick up objectives or play on the defensive while you pressure side lanes.

In teamfights, look to use your R to either save a teammate or allow them to engage easier. Don’t waste the Black Spear at level one. It’s better to wait and see how the game goes and who might benefit the most from your ultimate.

And remember, you’re playing an ADC in the top lane. Even though you’ll be quite tanky due to the itemization and runes above, you’re still squishy compared to other champions. Pay attention to your positioning and don’t expose yourself to unnecessary risks, which can lower your chances of winning the game.