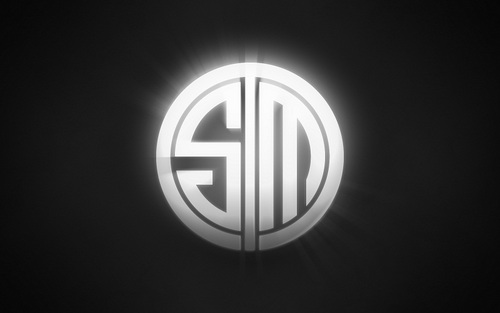 When judging what is and isn’t a ‘flop’ there are only two things to consider. Expectations and achievement. This is NOT a list of failures, if I wanted to write a list about failure, the title would be ‘The shape of the meta going into the Season 5 World Championship’. That article, however, would be far too easy to write.

TSM, the most popular team in Western LoL, were expected by many to stomp through the Summer Split and represent TSM as the #1 NA seed at the S5 World Championships. What happened, however, was something horrendous. They ended the Summer Split with, brace yourself, the #2 seed. Most TSM fans, however, had you offered them the #2 seed at the start of playoffs, would have bitten your hand off and hoped that their team would improve sufficiently to stand a chance at Worlds.

The reason the #2 seed was such a disappointment for the fans and players was the manner in which they attained it. TSM breezed past Gravity and Team Liquid, two series which were not expected to be easy, just to be embarrassingly crushed  3-0 by long time rivals Counter Logic Gaming, the famous choke artists. Team Solo Mid won two series to give fans false hope.

The only part of TSM’s summer split that wasn’t disappointing was their Youtube series TSM: Legends.

Team Liquid was the all-star roster of the NALCS. Former World Champion Chae “Piglet” Gwang-jin, formerly serviceable support Alex “Xpecial” Chu and a few other people were supposed to finally realise their potential™ of being the best team in North America. They didn’t. The team choked rather impressively in the final series of their season, losing 3-1 through a combination of poor jungle/support shotcalling and drafting from Coach of the Split, Peter Zhang.

Team Liquid did succeed, however, in winning Reddit’s heart by once again losing out on a chance to Worlds to the NALCS’ darling team, Cloud 9. For this reason they take 4th place on my list.

Many things were disappointing about Elements’ LCS debut.

First of all their horrendous social media introduction which was just about matched by their crushing loss to Fnatic in the first game of the Spring split.

They continued to be mediocre or worse throughout the two splits with highlights coming in the form of high CS numbers from star mid laner Henrik “Froggen” Hansen and impressive numbers of roster changes. The team managed to avoid relegation but that was as far as their achievements went, for that reason the “superteam” takes #3 on my list, the highest placement they have got this year, if that’s any consolation.

Gambit Gaming were a team many had high expectations for heading into the Spring Split of the EULCS. They came into the split off the back of an impressive win at IEM Cologne, at least if you classify beating CLG as impressive, dominating the competition with relatively new AD Carry Kristoffer “P1noy” Pedersen and star top laner Lucas “Cabochard ” Simon-Meslet. They finished the regular split in 4th and fell in the first round of playoffs to the underdog team Unicorns of Love and their infamous ‘chaos-style’.

The story was different, however, in the Summer Split. With the addition of Konstantinos “FORG1VENGRE” Tzortziou, who many viewed as the best AD carry in the League, things were looking bright. The split started terribly, with 4 losses in the first four games it seemed that “0-4g1ven” was not the solution to their problems. As the split continued, however, the team found their feet and edged closer to playoff participation when disaster struck. Forg1ven was banned (again) due to “toxicity”, leading him to miss the all important last two games of the split.

Gambit scrambled to find a sub for the last week of the split, on which their playoff dreams depended, eventually adding former Supa Hot Crew midlaner and current support main Amaury “Moopz” Minguerche to the team. The team lost their last two games to Elements and H2K and missed out on playoffs. It is still debatable whether this was a bigger flop from Gambit or Riot Games’ disciplinary team, whether they were simply ‘unlucky’ or not good enough is up in the air. Their placement, however, is not, for this reason Gambit takes #2 on my list.

Possibly the biggest surprise on this list are the 5 time LCS champions, Fnatic. They stormed their first split in the LCS with a team consisting of Bora “YellOwStaR” Kim, the veteran support, and four players new to the EULCS. This was an impressive feat which shocked much of the community predicting them to fail.

The Summer Split, however, was when the true disappointment came. Fnatic impressed everyone taking SK Telecom to 5 games at the Mid Season invitational and further strengthened their roster with the addition of Martin “Rekkles” Larsson. The team beat everyone in their path achieving the first ‘perfect LCS split’ with a record of 18-0 and headed into playoffs as heavy favourites. The team stormed past UOL and Origen to win the split and qualify as #1 EU seed for the World Championship. You might have got this far and wondered, ‘in what way does this qualify as a flop?’. The answer is obvious, the team lost two games in the finals of playoffs, ruining their perfect 24-0 record and proving to the World that their previous winstreak of 21 was a fluke. For this reason they take their third 1st place finish of the year, this time there won’t be a shiny trophy, however.