The ultimate-stealing revolutionary is up for some small changes that may help his ability to all-in. 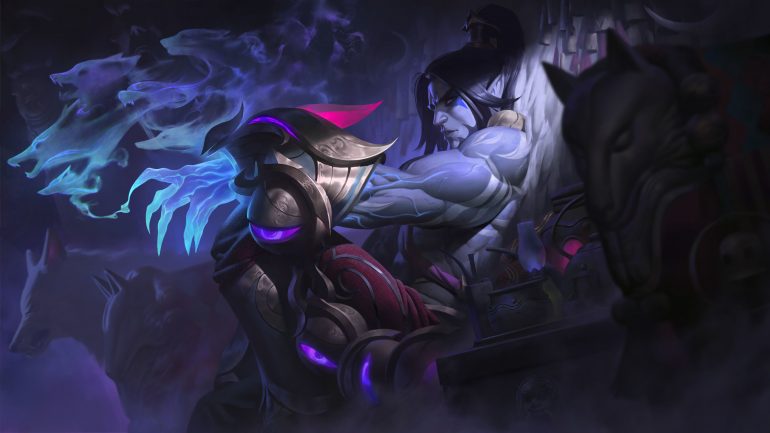 After joining the world of League of Legends in Patch 9.2, Sylas immediately found a home in pro play due to his versatility and his game-changing ultimate, Hijack. This versatility is what’s allowed him to take up residence in many pros’ champion pools, with MSI champion Caps “Rasmus” Winther even changing his summoner names on two League servers to represent his love for the champion.

But his strength in all facets of the game has prompted Riot to shift some of his reliability and power around to offer some counterplay to the Unshackled.

His passive, Petricite Burst, is moving to a charging system upon spell cast to allow for a little more preparation before an all-in. While that may seem like a boon as well as being coupled with a base four AD and 0.5 AD per level boost, the radius of damage has been reduced from 400 to 250 and will only deal 30-percent damage to minions that aren’t Sylas’ primary target. This significantly hurts his wave clear and the short-range damage boost puts more focus on using those charges when leaping in to kill opponents.

Sylas’ Q, Chain Lash, is his main ability in lane, and in order to compensate for the buffs being given to his other abilities, it’s taken a hit. Riot has tuned the radius of this ability and lowered it by 20 from 200 to 180, as well as pulling down the AP of the second explosion by five at first rank all the way to 25 at max rank. Riot wasn’t done there, however, as the AP scaling on the ability has been dropped from 60 to 40 percent, significantly weakening the second explosion and placing more emphasis on hitting it the first time and unloading your combo quickly to utilize the slow from the second explosion.

Kingslayer is often regarded as the most frustrating aspect of Sylas’ kit due to its ability to keep him alive when he’s on the verge of death. It’ll benefit from the power taken away from Chain Lash by getting a boost on the heal. Starting out at a base 60 heal, he’ll now get an extra 10 at first rank but will gain an extra 30 at max rank, from 140 to 170. This may encourage a return to maxing W because this healing boost will allow Sylas to beat down his lane opponent in the early game and get away with more.

Sylas’ Abscond/Abduct is having some of its power shifted around to reward going in and taking on an opponent. Abscond, the dash aspect of the ability, gave Sylas a shield. But this encouraged preventative play since popping the shield would quickly dissuade an opponent from engaging, allowing Sylas to briefly farm in peace. The new change transfers the shield to the second aspect, Abduct, and will now give a buffed shield on hitting an enemy champion or monsters. It starts at a base 20 bonus but scales to a bonus 60 at max rank. Again, this continues the theme of this mini-rework by ensuring that Sylas in encouraged to go in more often for the kills.

Sylas will always have a presence in pro play due to his kit, and these changes allow for solo queue players to still enjoy playing him (or against him) without feeling too overpowered. Advanced Sylas players should be able to show off their skills with these changes and will be rewarded more often for going in. So far, these seem to be good changes for the champion, but it’s unclear if they’ll accomplish exactly what Riot is looking for.