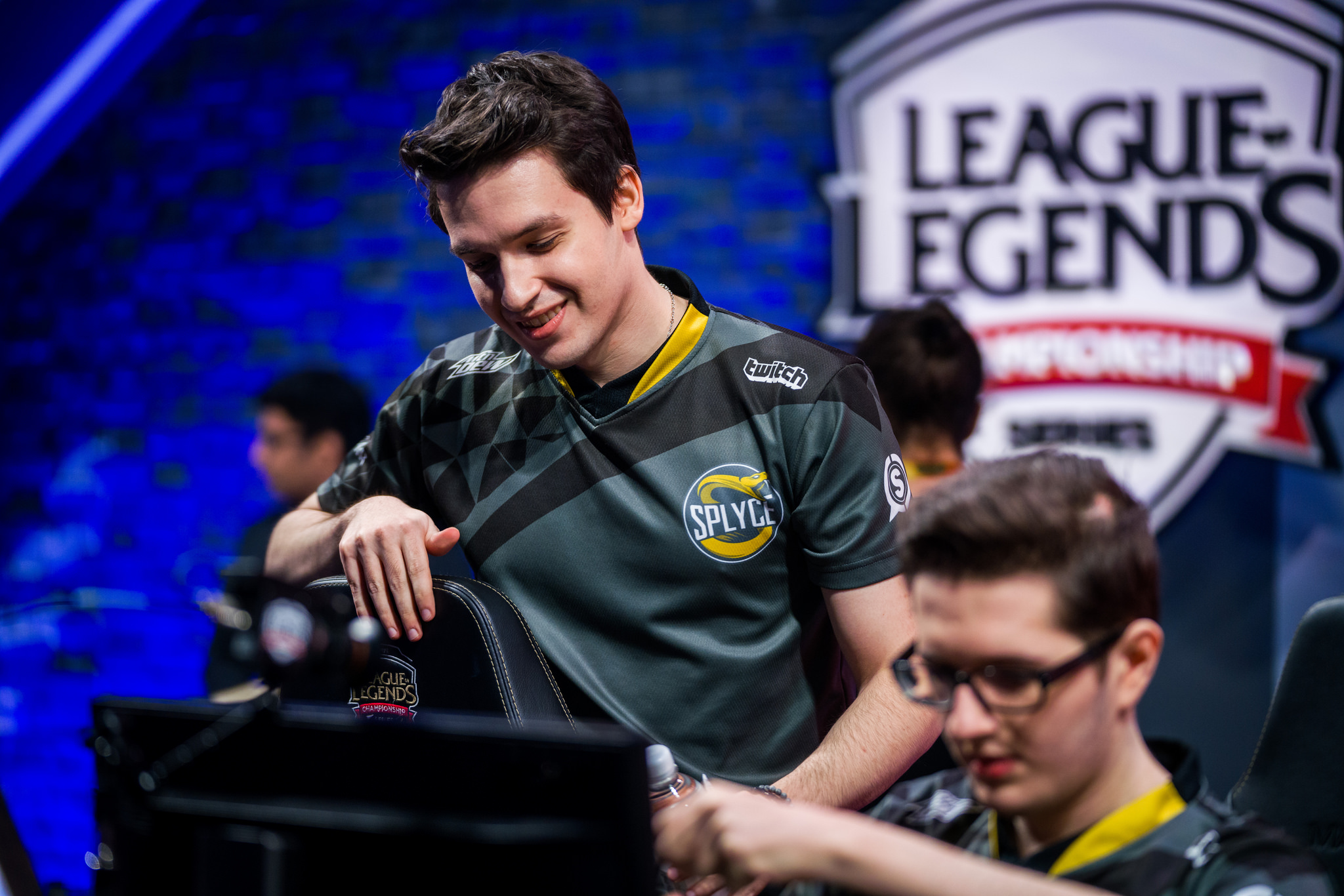 After an early season swoon that saw them drop near the bottom of the league table, Splyce have been taking over the EU LCS.

Boasting a three-win streak that included a victory over league-leading G2, they went into Friday’s matchup with Misfits full of confidence. Misfits have been in a bit of a rut lately, however—they haven’t had a clean week since week two.

Splyce should have had all the momentum, but they gave it away within the first few minutes. Picking a team composition highlighted by a very early Caitlyn for ADC Kasper “Kobbe” Kobberup, you’d think that they’d focus on snowballing that lane ahead. Instead, they picked relatively little peel for the Caitlyn, especially facing an Olaf on the other side.

They did a couple nice things, like picking up first blood by punishing an invade and lane swapping for first turret. But they consistently failed to respect Misfits’ dive ability with mid lane Galio and that pesky Olaf picking up numerous kills on the Splyce duo lane. Kobbe received absolutely no help in getting blown up again and again.

Unluckily for Misfits, their own ADC, Steven “Hans Sama” Lip, didn’t pick up any of those kills, getting only a slew of assists for his effort. That meant his Varus wasn’t actually that far ahead of the Caitlyn in items of effectiveness. Splyce then shoved Misfits out of the mid lane in full-on teamfights, preventing them from taking over the map.

But the coup de grâce came when Splyce didn’t have to fight at all. Misfits never expected Splyce to start Baron with their Cho’Gath in the bot lane, but that’s exactly what they did.

With their early game comp falling behind and facing that Baron buff, Misfits could only watch as their base crumbled. Clean macro and superior map control have been hallmarks of Splyce’s play of late, and this is another encouraging sign for a team with championship hopes.

For Misfits, the good news is that they’ll get a match against a reeling Giants squad tomorrow to try and solidify playoff positioning. The bad news, however, is that they need every win they can find just to make the postseason.