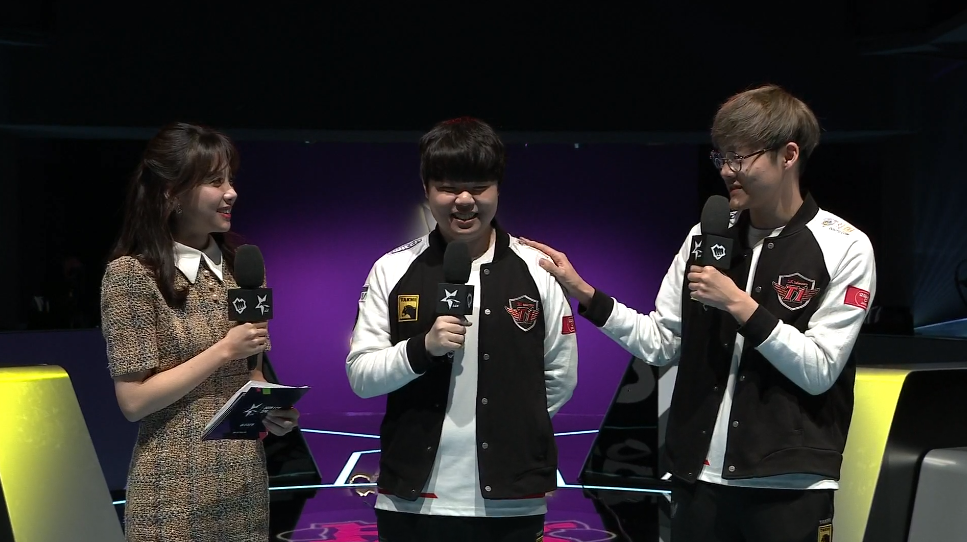 After a long offseason, the LCK has made its return in 2019. And there was no better way to begin the new season than with a 2-0 victory by the LCK’s newest dream team, SK Telecom T1.

Despite beating Jin Air in a two-game sweep, both Teddy and SKT jungler Kim “Clid” Tae-min ended the match unsatisfied. When asked what caused this feeling of dissatisfaction, Clid referred to the second game. “In game two, I got caught out several times,” Clid said. “I wasn’t aware of where my teammates were, and I was kind of nervous.”

But while he made some mistakes in the second game, Clid had a monstrous performance in game one, styling on Jin Air with his famous Lee Sin pick. Nobody on Jin Air could escape Clid’s Lee Sin as the jungler hit almost every Sonic Wave.

While they experienced some difficulties in the early game as Jin Air found many kills during the laning phase, SKT were easily able to confirm their victories in mid-game teamfights, with Teddy shredding through the entire enemy team. Teddy ended game two with 83-percent kill participation, earning himself that game’s MVP award.

As two of SKT’s newest players, Clid and Teddy have now played (and won) their first match with the organization since joining in November. What have the two learned since joining the team, though? Well, naturally, they’ve discovered Lee “Faker” Sang-hyeok’s love for puns. “My image of Faker is all gone,” Teddy said. “I thought he would just be a quiet guy who just plays games, but he makes a lot of weird puns that aren’t really funny.” Clid affirmed Teddy’s opinion on Faker’s jokes, calling them unfunny.

Puns aside, though, SKT will now prepare for their next match against Afreeca Freecs, which is set to take place on Jan. 18.