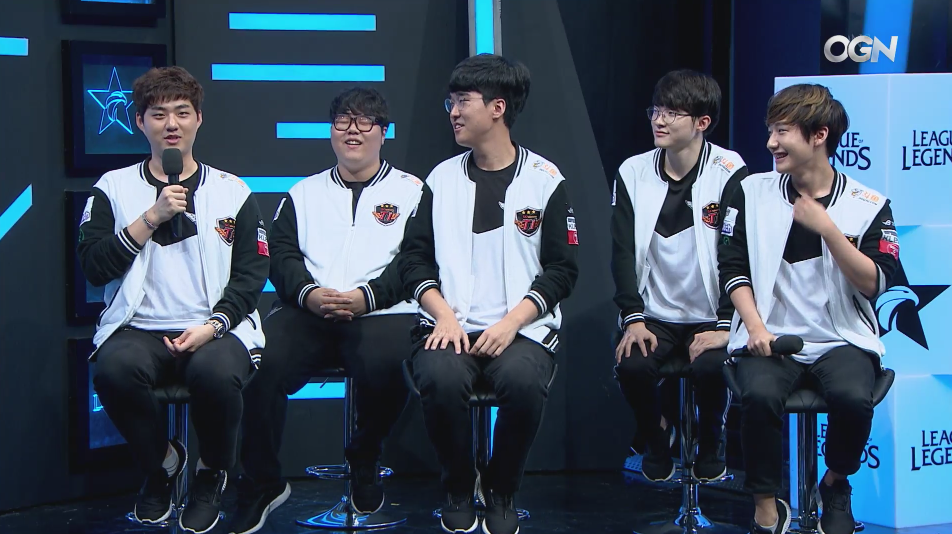 After falling to fourth place in the LCK standings due a mid-split slump, SKT dropped into the lowest playoff seed alongside Afreeca, causing the two teams to face one another in the initial wildcard match.

For Afreeca, this match was their chance to earn their first playoff game win since the organization first joined the LCK in 2015. Afreeca looked to add a win to their 0-8 playoff game record with a clever bot lane strategy.

They drafted a bot lane of Twitch and Janna, and Afreeca’s AD carry, Ha “Kramer” Jong-hun, started game one with a Targon’s Brace, instead of the standard Doran’s Blade. Afreeca’s goal with this item choice was to try to farm excess gold for Janna so she could quickly buy an Ardent Censer—the strongest support item in the game.

But Afreeca’s strategy required time for their champions to scale, and SKT noticed that. Knowing they could win all mid-game teamfights, SKT pushed as much as they pleased, taking all the neutral objectives without Afreeca contesting. SKT was eventually able to sneak a Baron and end the game before Afreeca had time to properly scale.

Ditching their previous strategy, Afreeca decided to match SKT with a similar mid-game teamfighting composition with Kallista and Cassiopeia in game two. But despite having similar compositions, Afreeca’s macro play was still behind SKT’s, causing them to slowly fall more and more behind in gold.

After losing their top lane inhibitor due to a messed up rotation, Afreeca decided to make a last-ditch comeback effort with a Baron attempt. Unfortunately for Afreeca, SKT managed to get to the Baron pit quick enough to steal the objective. Now empowered by the Baron, SKT had enough resources to end the game—and to knock Afreeca out of playoffs.

With tonight’s win over Afreeca, SKT advance to the playoff quarterfinal match, where they will face Samsung Galaxy on Aug. 15.