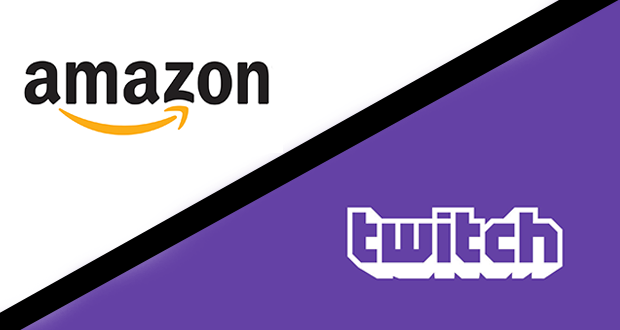 Those who are interested in pro gaming are seeking too much ‘legitimate’ support. Esports and our communities are big enough to sustain themselves. We should not seek them out; let them come to us.

As a person who is involved mostly with League of Legends, the focus is on them in this article but applies to every pro scene. League, as a community, is being degraded and watered down by many casual fans. By people grabbing for public attention like it is heroin, we have been willing to compromise too much and have gained a bad reputation for it. If it is acceptance and legitimacy that we want, we should act properly when good things happen to our community. People have acted over ecstatically when big name companies, like Coca Cola or Nissan, sponsor something within the scene. The founders of gaming communities were shunned, and now, people within our community are embracing those who have harmed us. I am not saying that we should be a closed off part of society, but rather, we should let them eat from our hands, not the other way around. As gamers and with the help of gaming companies, we have been able to flourish, and with that knowledge, we should not seek out what we do not need. I think that it is great that mainstream people have taken an interest, and maybe, they will join us one day. Gaming in general had started off as a subculture, and it should not be compromised in this ongoing popularity contest.

For a hardcore player like myself who is trying to climb the ladder in a team game like League of Legends, it can be very frustrating when people who have very little interest in the game decide to ruin yours by trolling or afking. Myself and countless others are not asking people to be superstars at the game, but we just want people to put effort into it. The source of this problem is the way members have been dealing with public support. People beg for mainstream recognition, the game gets more popular, and then people are playing the game for ulterior reasons. For those of you who do not understand what I am trying to get across when saying “ulterior reasons,” I will give an analogy. A few friends of a person enjoy playing polo and want this friend to come. This friend joins them, but he finds that he doesn’t enjoy the game. He plays polo with them again and again, only to find greater unhappiness. This friend does it because he wants recognition from his friends and to fit into that group. I have noticed this happens very often when playing with people who play League but not as much in CS:GO and definitely not at as much in Starcraft II. Our game was criticized for being a casual one, and that is what it has become. You want evidence of how this is so? On reddit, there are more front page posts of artwork and foolish Rito plz posts, and in game, people troll all day long. On reddit people say that they never see people trolling, and to this I answer that they are either lying or hopelessly stupid. We cannot stop these people from playing, nor should we, but by making our position as a community clear, we can solve this problem through discouraging them.

Riot is adding wood to the fire with this problem with their new progressive businessing. The treatment of the LCS as a league and the games played is horrible. They have flashy lights, a nice set up, and everything else but a serious attitude. They give terrible players MVPs, making it an award for effort; they say everyone is good and never criticize anyone; and they don’t enforce their rules universally. They try to appeal to the mainstream, but mainstream sports never go about doing it the way Riot is. Football is a violent sport, and they only emphasize brutality, not minimize it to appeal to the meek. If I want to watch football, I don’t want to tune in to see big guys in ballet costumes playing flag football. When I want to see the LCS, I don’t want to see twitch spam and an equally improper company broadcasting the game.

It may seem unavoidable, but I think the broadcast can easily be fixed. Remember OGN? Remember the subscription fee? Remember Monte and DoA? Riot has been unhappy with the English cast, but these two guys talking about Star Wars did way better than any Riot broadcast. It wasn’t only the casting and games that were better, but also the chat experience. The chat was filled with people interested in the game at its highest level and were really serious about it. Being one of the hundreds of people around the world watching, it felt like everyone watching had a similar interest and that I was apart of something greater. I definitely don’t experience this feeling in solo queue or while watching the NA LCS, and that’s a problem. It could really help if Riot adds a subscription fee, maybe only to watch live or maybe just for chat. Rebroadcasting would definitely make it better, but somehow, I just really liked to watch the OGN rebroadcasts. Riot can utilize the rebroadcast however they like, whether to incentivize people to subscribe or to popularize their game. What could they do with the money? They could put it into MVP awards or the prize pool because they definitely aren’t making big bucks with practically free admission at the LCS and none online. It actually would surprise me if they were making a direct profit from NA and EU LCS, and by that, I mean making money through the pro scene, not publicity.

League is a great game and Riot is not a bad company, but the problem is that they could be so much better. Riot is not changing, and to make this change, gamers as members of a community must change. We had the luxury in the past to be in a small group with similarly strong interests in the nerd and gaming subculture, but we no longer have that luxury. We must reinvent our group in order to suit our dedicated needs but to also retain the benefits that we have gained from mainstream culture.

Author’s Note: Hello, I realize this is much like Thorin’s video today. I had this article sitting around, and when seeing his video, it spurred me to post my take on the issue. For those of you who haven’t seen his video, you should really check it out.