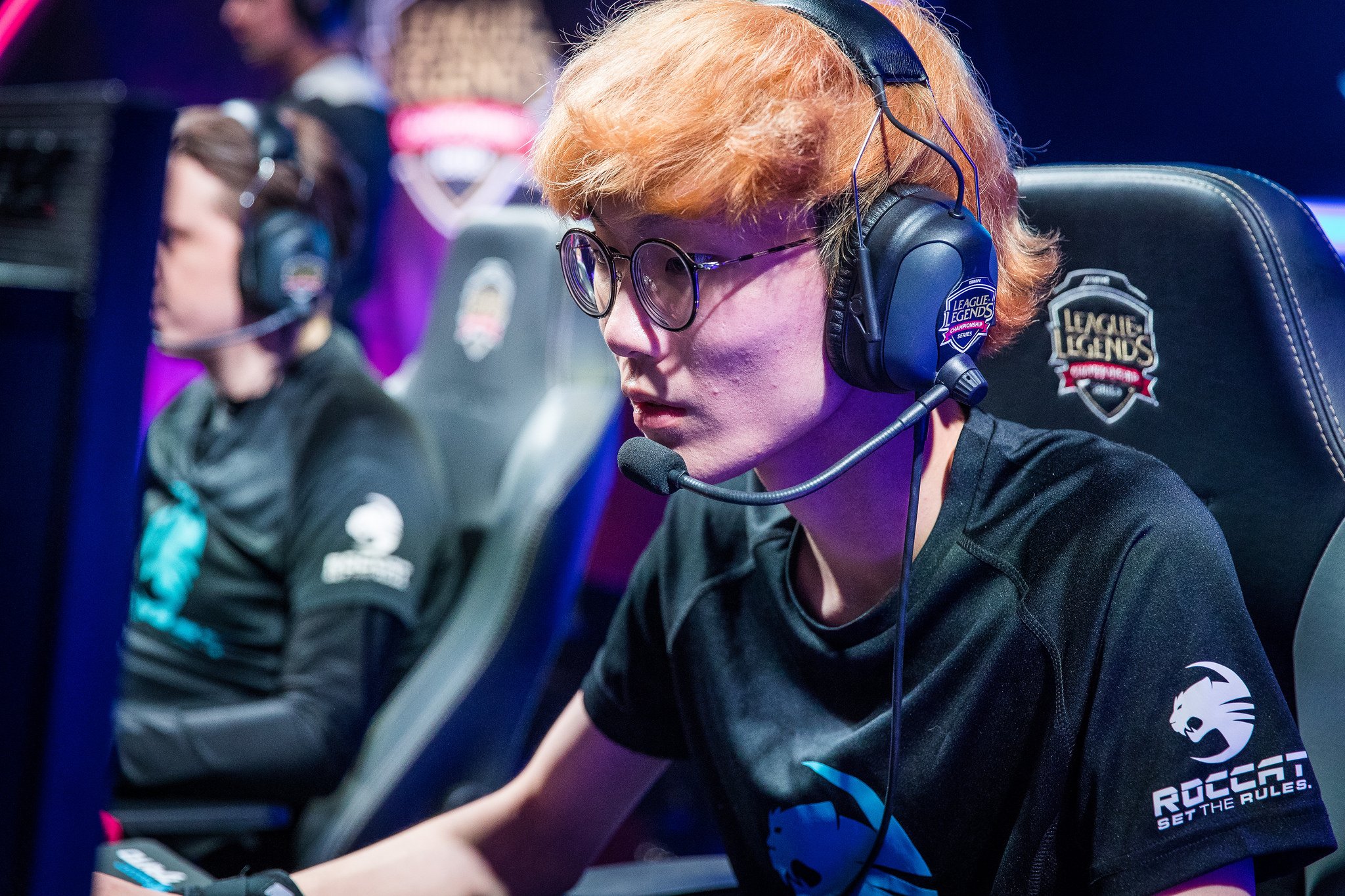 The race to first place in Group A is over.

Roccat has spoiled the party by defeating G2 Esports 2-1 today in the EU LCS, with a convincing victory over the current EU LCS champions.

G2 needed to beat Roccat, and hope that Ninjas in Pyjamas beat Fnatic, in order to keep their hopes alive for a first place finish. Sadly now though, G2 has no way to finish first, instead they’ll finish in second place in Group A.

Roccat, on the other hand, had nothing left to prove. The team had already survived a relegation scare and had no hopes of catching up to Misfits to try and get into the EU Summer Playoffs.

In the first game of the series, Roccat started poorly. G2 should have been ahead but due to Roccat’s superior CS lead, the gold remained about the same. The later the game got, the stronger Roccat became. After the team sneaked a Baron buff on the 20-minute mark, they became unstoppable, ripping apart G2’s base to take an easy victory.

In the second game, G2 woke up from their first-game daze and started playing like Worlds contenders. The team ripped apart Roccat and won in every lane, giving Roccat no hopes of winning the game.

This should have been a springboard for G2 to turn the game around, complete the reverse sweep, and keep their hopes of finishing first alive—but it wasn’t.

The last game was a closer matchup then the first two. G2 started well and took an early lead, only for Roccat to turn it around in the mid game with a successful team fight.

After this, Roccat started to pull away from G2 with a string of successful teamfights and vision control. G2 didn’t respect Roccat’s counter engagement potential and gave the team easy kills and objectives, which eventually won them the game.

With this victory, Fnatic are guaranteed first place in the group no matter how the other matches go. Roccat’s season will come to an end on Aug. 12 when they face off against Misfits.

Looking ahead, Roccat will hope to learn from this experience to challenge for those all important playoffs spaces in the 2018 season.