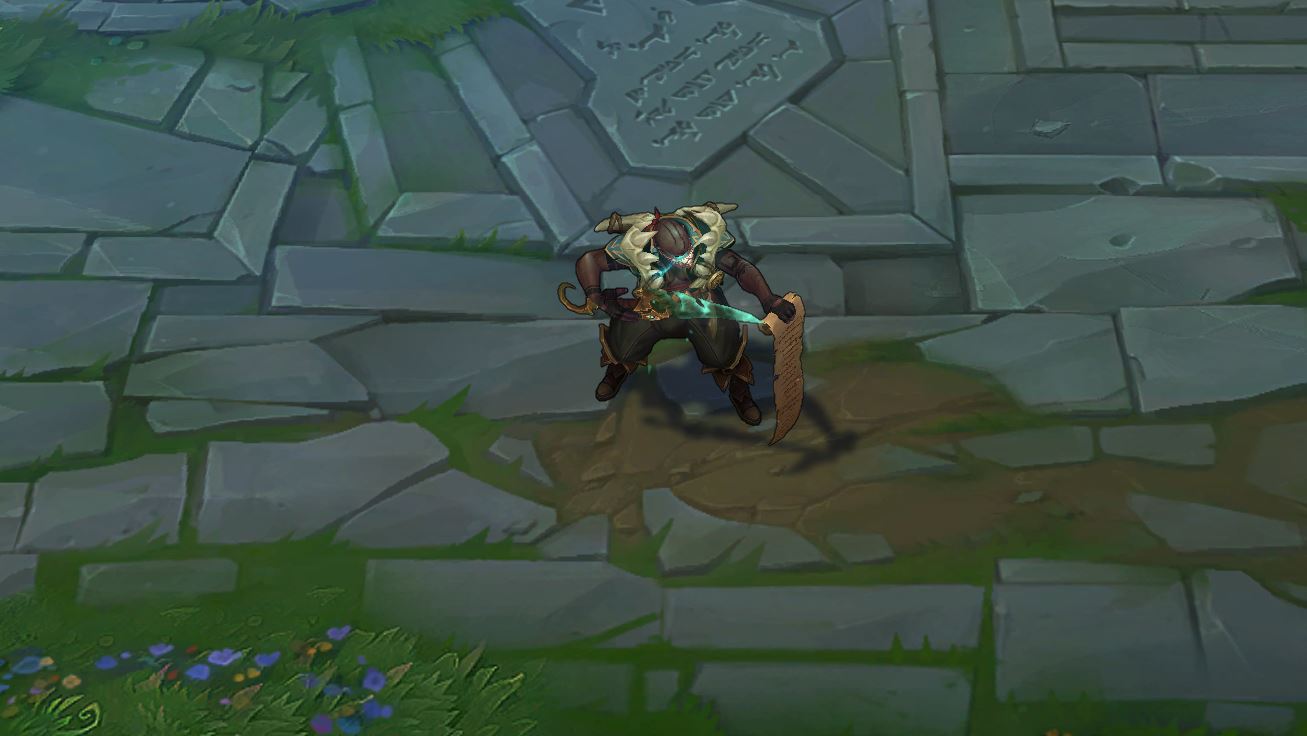 So, you’ve seen Pyke’s official reveal, right? We assume so, or you wouldn’t be here, trying to learn more about his voiceover. If that’s true, you probably also already know that his overarching theme is terrifying, spooky, and all other synonyms for shaking in your boots.

Well, we’re here to tell you that, after listening to his full array of taunts, jokes, and threats, he’s certainly not as scary as you’d initially think.

After the new League of Legends champion’s official reveal this week, League YouTube channel SkinSpotlights threw together a compilation of his many, many special interactions with the game’s other champs. The result was… strange.

Sure, plenty of his voice lines are still extremely menacing. He makes remarks about how he really hates his teammates, threatens to put champions in coffins, curses the sea gods of Bilgewater for his gruesome fate (well, one sea god specifically), and makes plenty of references to his quest for revenge against all captains, pirates, ships, and pretty much everything else. That’s just his coping mechanism for dealing with the betrayal from his shipmates that ultimately led to his death.

Aside from all that, though, Riot sprinkled in some fan service. And by fan service, we mean really weird jokes and one-liners that realistically just end up making him less threatening. Some of them are quite strange.

For instance, when he gets a pentakill, he asks, “Did I ‘support’ right?” as an obvious nod to the many players who have cried out that this literal, actual assassin isn’t a real support. In reality, the many facets of his kit do actually cater well to a support style of gameplay, but that’s a debate for another time.

That line is pretty funny, and it isn’t a huge deal, because how often do you get pentakills? Probably infrequently, to put it lightly. That being said, having a funny line hidden in there with the rest of his coldblooded facade is harmless fun. What about something more common, though? Like when you use your taunt emote while near an ally, for instance?

In that situation, Pyke says, and this is a direct quote, “You’re growin’ on me… like a barnacle… on my ass.”

That pretty much takes the cake for unexpected things to hear from the ghost-pirate version of Jack the Ripper, but the fun doesn’t stop there. That’s just one of the things he can say while taunting an ally. He could also say, “You’re not on my list yet. Keep it that way. Oh, wait… I wrote it on the back.”

As far as quirky quips go, that’s pretty much as bad as it gets for Pyke. He has some other funny one-liners, like, “I can’t be good for business,” when accessing the shop, but there’s plenty of creepiness in there to keep any psychopaths happy. He says things like “Quit thrashing, just sleep…” when killing. Another killing voice line is just one long, “Shhhhhhh…” Those are admittedly much less funny.

Pyke’s release should come alongside Patch 8.11 in about two weeks.