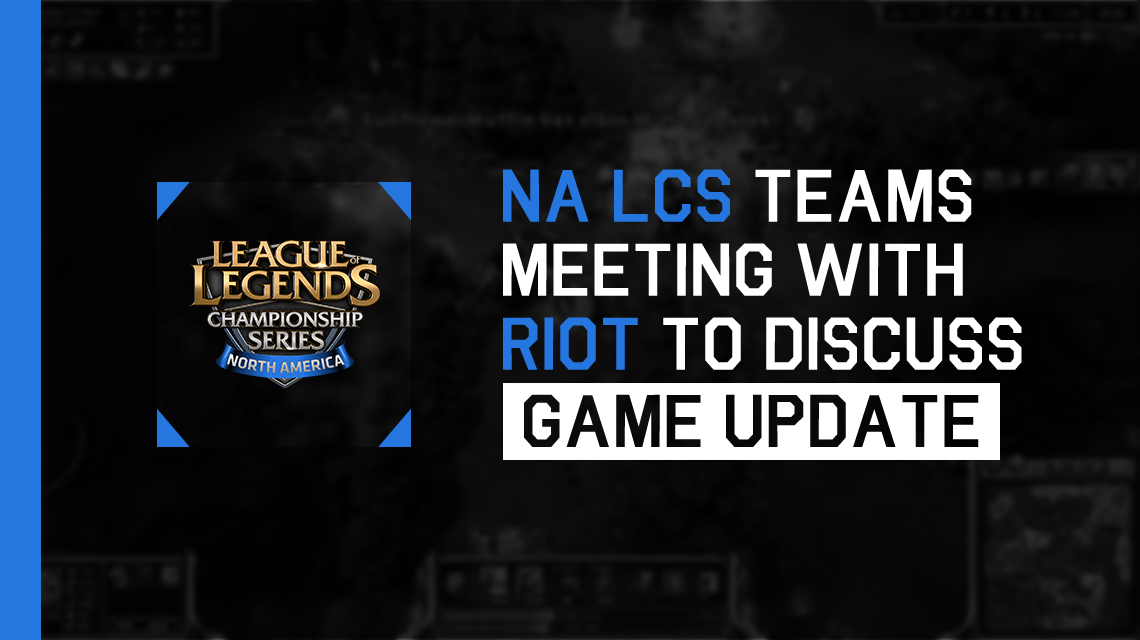 North American League Championship Series teams and staff have a meeting scheduled with Riot Games on Friday, July 23 to discuss an upcoming update to the game. This specific update carries more changes than an average update, and can sort of be looked upon as an end-of-season/pre-worlds update. Riot is targeting the early game, and specifically the strategy of lane swaps.

First, we will look at the contents of the actual update, and then focus on why the teams and Riot are having this meeting.

Riot just recently incentivised the dragon in their mid-season update, and now are looking to have turrets play a bigger role in the early game. Most notably, they have added a first-blood style bonus for the first turret takedown of the game. Destroying the first turret of the game now gives you a gold bonus depending on where you are when the turret falls: +275 local, +25 global, as well as a total of 400 gold for the team.

In addition to that, Riot has tweaked the bot lane outer turret. Riot outlined these changes in more detail in their official post here. The TL;DR version is a little something like this:

Other changes to the bot lane outer turret and to the spawning rotation of cannon minions were made, and can be found in Riot’s official announcement. They also noted that these changes only affect the two bottom lane outer turrets, no other turrets will be changed in this update.

This update puts more focus on securing the first turret of the game, and not giving up an outer turret for free, which is what happens in a lane swap situation, an early game strategy that Riot is trying to eradicate in this update.

Now back to the team’s meeting with Riot to discuss this update. They are concerned that a major update, like this aforementioned update, that is going to heavily influence playstyle is coming out right as teams are heading into playoffs and Worlds. There is no current date that the update will be pushed out, but it is expected sometime between now and Worlds.

This story first surfaced after sources at ESPN were notified by team and Riot personnel of the meeting. The teams and players, at this moment, appear to want the meeting to be focused on the timing of this update, while Riot has said the meeting will be strictly content related, and will not touch on the timing of the update with the teams.

I think the lane swap changes look pretty good, the game should be more interesting with standard lanes being incentivized.

What are your thoughts about this update? Let us know by commenting or tweeting us @GAMURScom.