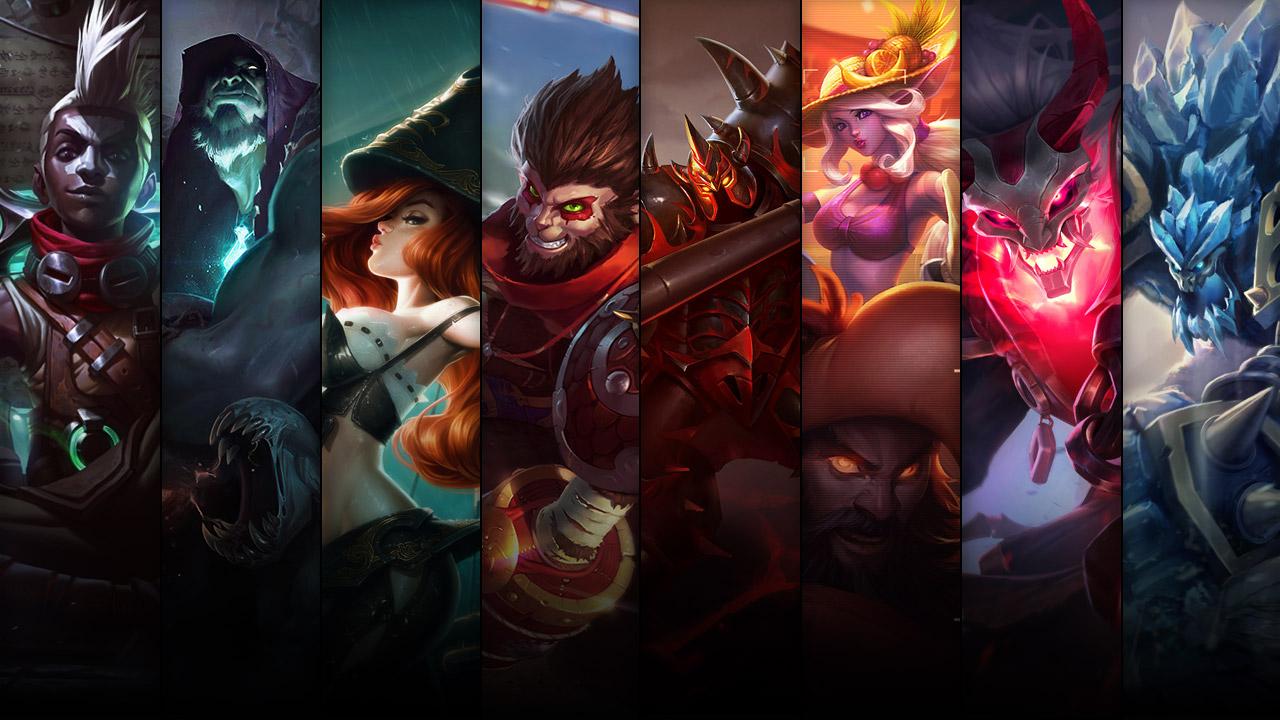 Another week, another sale in League of Legends.

Champions on the sales docket from Sept. 19 to 22 are fairly strong, with Miss Fortune and Ekko headlining the list. The skins, on the other hand, aren’t exactly winners. If you’re looking to extend your champion arsenal, though, it’s definitely not a bad week to do so.

Yorick isn’t in a fantastic spot right now, but he definitely isn’t weak. In fact, we’d say he’s even a bit underrated. He’s a niche pick, but in the right hands, he can carry a game with the best of them.

Wukong, on the other hand, is right at home in the current meta. With Lethality items and gold-efficient tank items, Wukong can swing in either direction depending on his team, and thanks to his ultimate, he’s always useful.

Miss Fortune is Queen of the Cheddar in the bot lane right now, because no one cheeses harder than she does. Thanks to insane early damage from her Q, she can terrify enemy bot lanes into submission better than most ADCs, aside from Draven, maybe.

Ekko isn’t just a strong solo queue pick, he’s one of the most-played assassins on the pro stage, too. He’s insanely fun to play, and if you’re an aspiring mid laner, he’s definitely one you’ll want to try out.

This is possibly one of the worst skins in the game. It looks old and clunky, and it’s little more than a red and black recolor of basic Morde. It’s not exactly the skin’s fault, though. Morde desperately needs a visual update, and most of his skins just reflect that fact. He’s also the last champion in the game still with pizza slices for feet, a feature that most champions have had fixed by Riot’s design team over time. It’s on sale for 260 RP, so if you have to buy it, we’d suggest doing it now. Otherwise, don’t waste your money.

Glacial Malphite is sort of in the same boat as Infernal Morde. Malphite as a champion leaves a lot to be desired in the looks department, looking more outdated than most older champions (aside from maybe Morde and Veigar). This is one of his older skins, but it’s also one of his most expensive, so it’s not quite as bad as other older skins. Still, Ironside Malphite and Mecha Malphite both look a lot better and more modern, so we wouldn’t recommend buying this one either. It’s on sale for 675 RP.

Blood Moon Thresh is an awesome skin. It’s almost awesome enough to redeem this week’s sales of Infernal Mordekaiser and Glacial Malphite. Almost. Thresh has a lot of cool skins, and this demonic Blood Moon skin is no exception. It alters his abilities, his recall animation, and sound effects, and it’s on sale for 487 RP.

Order of the Banana Soraka

There aren’t many joke skins as good as Order of the Banana Soraka. It takes the long standing meme regarding her auto attacks looking like bananas and turns it into reality. She has a banana staff and slings bananas at her enemies. It’s hilarious, and it’s on sale for 375 RP.