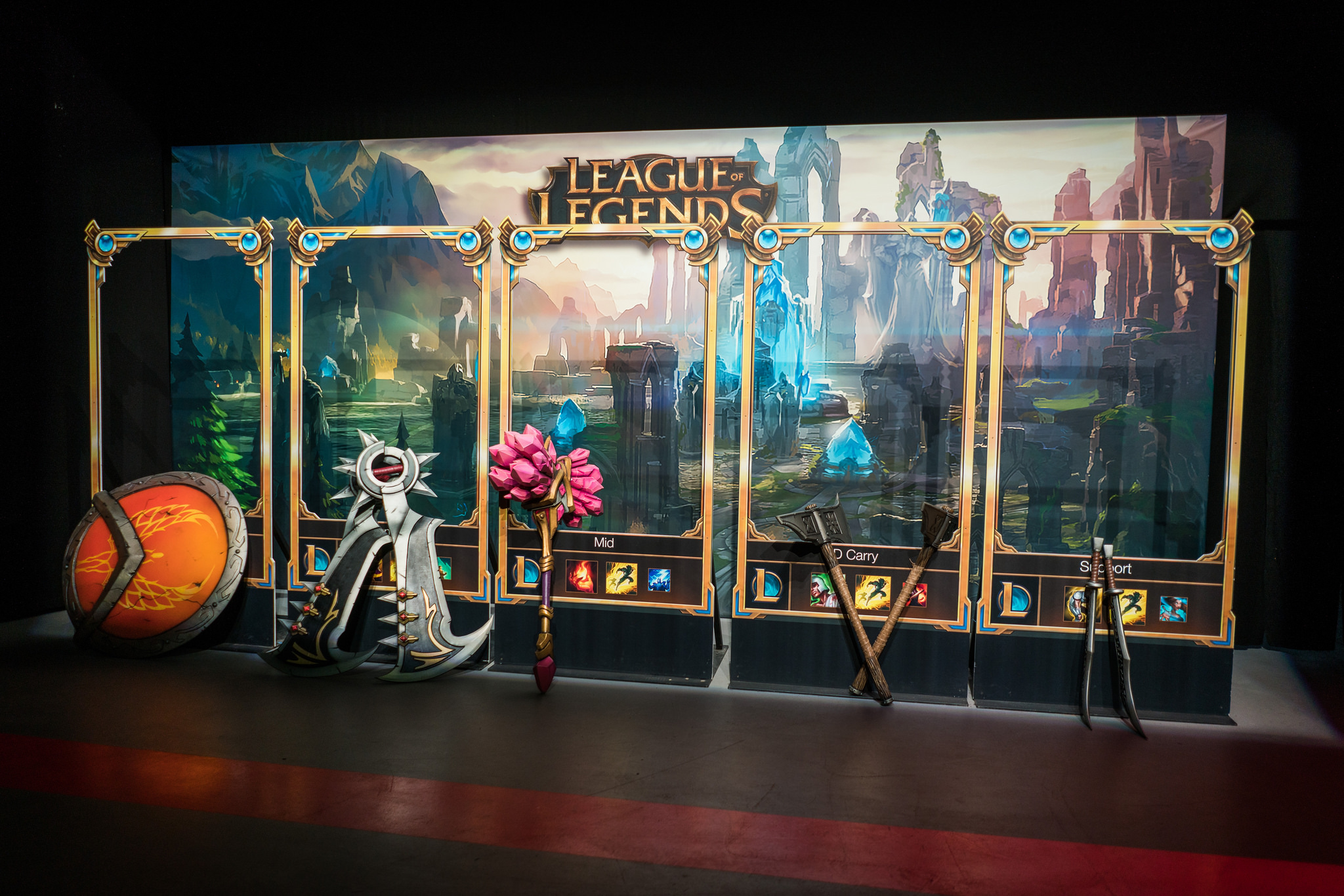 Right now may be the most balanced competitive League of Legends has ever been.

Just look at the diversity in champion picks: You can play tank tops like Galio and Shen, or rampaging split pushers like Renekton and Kled. Mid lane is always a smorgasbord, but now more than ever. Even ADC, a much maligned position throughout the year, features champions who either build crit, BOTRK, or (gulp) Duskblade.

If there are two positions where the pool is more stale, it’s support and jungle. Both positions favor crowd control and utility at the moment. But given the intricacies of these roles, people are still finding creative ways to use the champions.

Support is actually a great position to start from, since many teams are building their drafts through this position.

The number one champion pick wordwide this summer is Thresh. Well, technically, it’s Gragas—but because he’s a flex between jungle and top, Thresh sits at the top of the single-position tier list.

Related: Patch 7.15 will be the World’s patch. What’s going to change?

The reason? Teams value engage more than ever, and Thresh offer’s the game’s best combination of engage and peel. Thresh and Braum are the top two supports in every competitive region because of their unparalleled ability to start fights. Just below them is some combination of Rakan and Tahm Kench, two weaker facsimiles. Zyra has high priority in the LCK, but that’s pretty much it.

The focus on tanky engage is a wholesale shift from just a couple months ago, when shield and heal supports like Karma and Lulu dominated. What changed?

It was actually a couple things. Lulu and Karma got some nerfs. But the biggest shift came in how teams are using ADCs, and by virtue, their supports. The variety and health of the ADC champion pool is what’s driving the support picks.

Lane bullies like Varus and Caitlyn still dominate the ADC tier, though in the most recent patch, Varus has fallen off in favor of Kalista. But other picks have grown in popularity as well. As teams grew increasingly enamored with scaling ADCs like Kog’Maw, Twitch, and Tristana, they had to learn how to make do with the subpar lane phase from each of those champions. It just doesn’t make sense to take a ranged support to win lane with a low-ranged, scaling ADC.

On the other hand, Thresh and Braum are incredibly effective in the midgame teamfights in which those ADCs excel. They can keep their carries safe through the early game and turn into unstoppable teamfighters.

The return of lane swaps

The mid-season patch that improved the Rift Herald has made playing around top side more viable. Smart teams have figured out that in the worst-case scenario that a bad lane phase leads to the enemy team getting first turret, you can always swap your duo lane topside.

In the NA LCS, CLG had become so known for early lane swaps, executed right after the turret armor on top and bot side equalized, that teams started preemptively swapping against them to avoid turret trades. In prior patches, an even turret trade would still yield benefits to the team that stayed bot side because of dragon control. Now, teams are comfortable trading dragon for Rift Herald.

Finally, supports with engage can also affect mid lane. Early roam from supports give mid laners protection against dives. It’s an easy way to patch things for a mid laner taking a scaling pick like Kassadin, or a mid who isn’t quite on the same page as the jungler.

Sometimes the support doesn’t even have to appear mid to make an impact. Even disappearing into fog, sitting in a bush while the ADC wave clears on his own, can lead to a bunch of MIA pings from the opposing side.

Tale as old as time: Lee vs. Elise

It seems like the League jungle meta constantly cycles between the Lee Sin/Elise and every other jungle champion. Kha’Zix remains a favored pick in some regions, and Gragas and Rek’Sai have begun to creep up the tier list on the latest patch.

Keep your eye on the clock

These junglers have been picked because of their effect on the early game. And games are being won in the early game more and more (stats courtesy of Oracle’s Elixir):

After creeping north of 37 minutes in the middle of the Spring Split, average game times are now close to 35 minutes. That means that whoever wins the early game is doing a better of snowballing and closing.

Lee Sin and Elise are nearly unmatched in their ability to both control the early jungle, with mobility and fast clears, and gank lanes. Elise, in particular, is known for struggling late, when she becomes a cocoon bot, but nobody can deny her early power. The only thing more scary than seeing the spider skittering out of the jungle is when she turns into human form and the spells start to come out.

Another legacy of MSI was a focus on split pushing. Teams still do it, and split pushers remain meta at top and mid lane. But teams have learned to fight extended splits by grouping and taking away more objectives on the other side of the map. Smart split pushers want you to chase them.

That’s where Gragas comes in. The fat guy has no interest in chasing. He’d rather body slam someone in a teamfight and force you to collapse. Split-push reliant teams like Fnatic and CLG are turning more to teamfights to close out games. Even World Champs SKT stumbled recently as their split-push style was countered by teams going all-in on teamfights.

During the spring split, win percentages between sides got totally out of whack—sometimes in excess of 60 percent, favoring blue side. The meta has shifted dramatically since then:

7.13 is the healthiest patch we’ve see in a while, with red side’s winning percentage above 45 percent. Not only are we seeing diverse champions and build paths, which leads to interesting games, but the map is increasingly fair as well.

That variety has led to some interesting games, with top teams in nearly all the regions. There are up to five legitimate contenders in the LCK, depending on how you feel about the Afreeca Freecs beating SKT. The situation is the same in nearly every major region, including the LMS, which, due in part to some jungler drama, Flash Wolves have been challenged this split.

Hopefully the patches will continue to be this balanced for Worlds. Riot has announced major changes for Patch 7.15 in anticipation—let’s hope the changes continue to promote what we’ve seen thus far this summer.