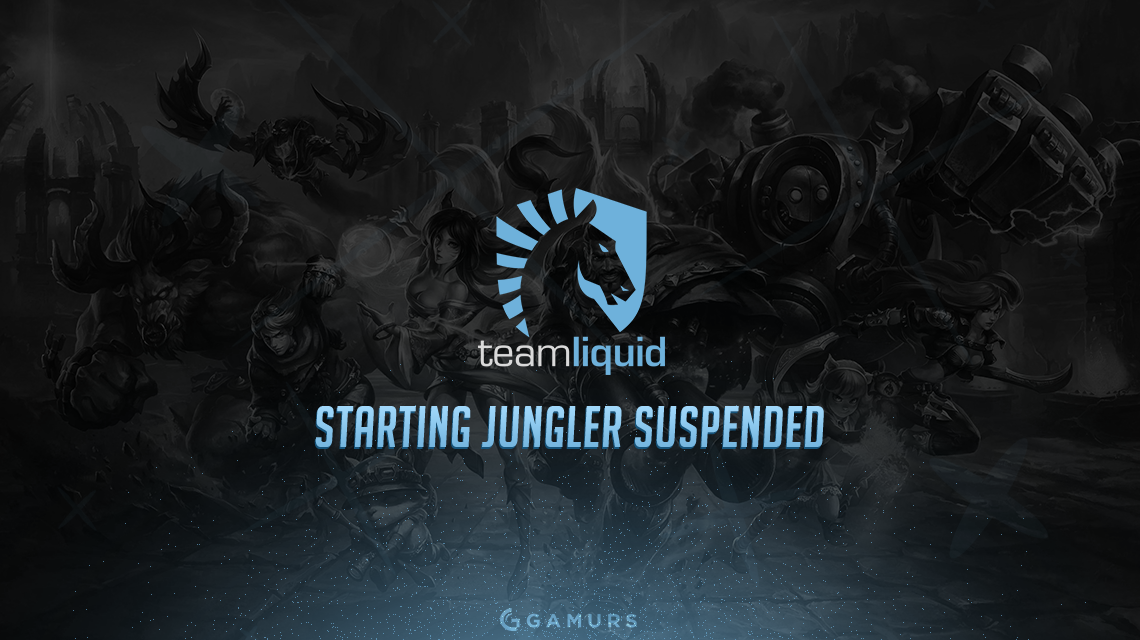 Team Liquid has announced that they will be suspending starting jungler Joshua “Dardoch” Hartnett for the first two weeks of LCS for insubordination. The announcement comes a week before the 2016 LCS Summer Split and on the heels of the team’s bootcamp in Korea, but the decision seems to have come on May 18. The team said they attempted to fly in a sports psychologist to work through the issues, but were unable to reconcile.

“Effective since the 18th of May 2016, Josh has been placed under suspension from Team Liquid for behavioral issues—namely, insubordination,” said Team Liquid owner Steve Arhancet in a statement.

Liquid coach Yoonsup “Locodoco” Choi added, “It may come as a surprise to our fans that we’re starting the season this way…While this is a big change, we are moving closer to that environment with the suspension. We’re going to succeed through our teamwork and effort, not individual players…”

Dardoch rose quickly to prominence in his rookie LCS split by posting an impressive 5.7 kill-death-assist ratio and a 78 percent kill participation, both second best in North America. He was also named “MVP of the Week” twice during the Spring Split and was named the “Rookie of the Split” by the league. Dardoch also became a polarizing player in the scene for his risky trash talk and his “embodiment of Twitch chat.”

The team has stated that they will do their best to facilitate a transfer so that Dardoch will continue to play elsewhere. Dardoch posted on his Twitter that he will “voice [his] opinion on the situation” at a later time.

It is likely that Team Liquid will start Galen “Moon” Holgate at the jungler position as he is currently the listed substitute with Riot.

What do you think about Liquid’s decision to suspend Dardoch? Let us know by commenting below or tweeting us @GAMURScom.