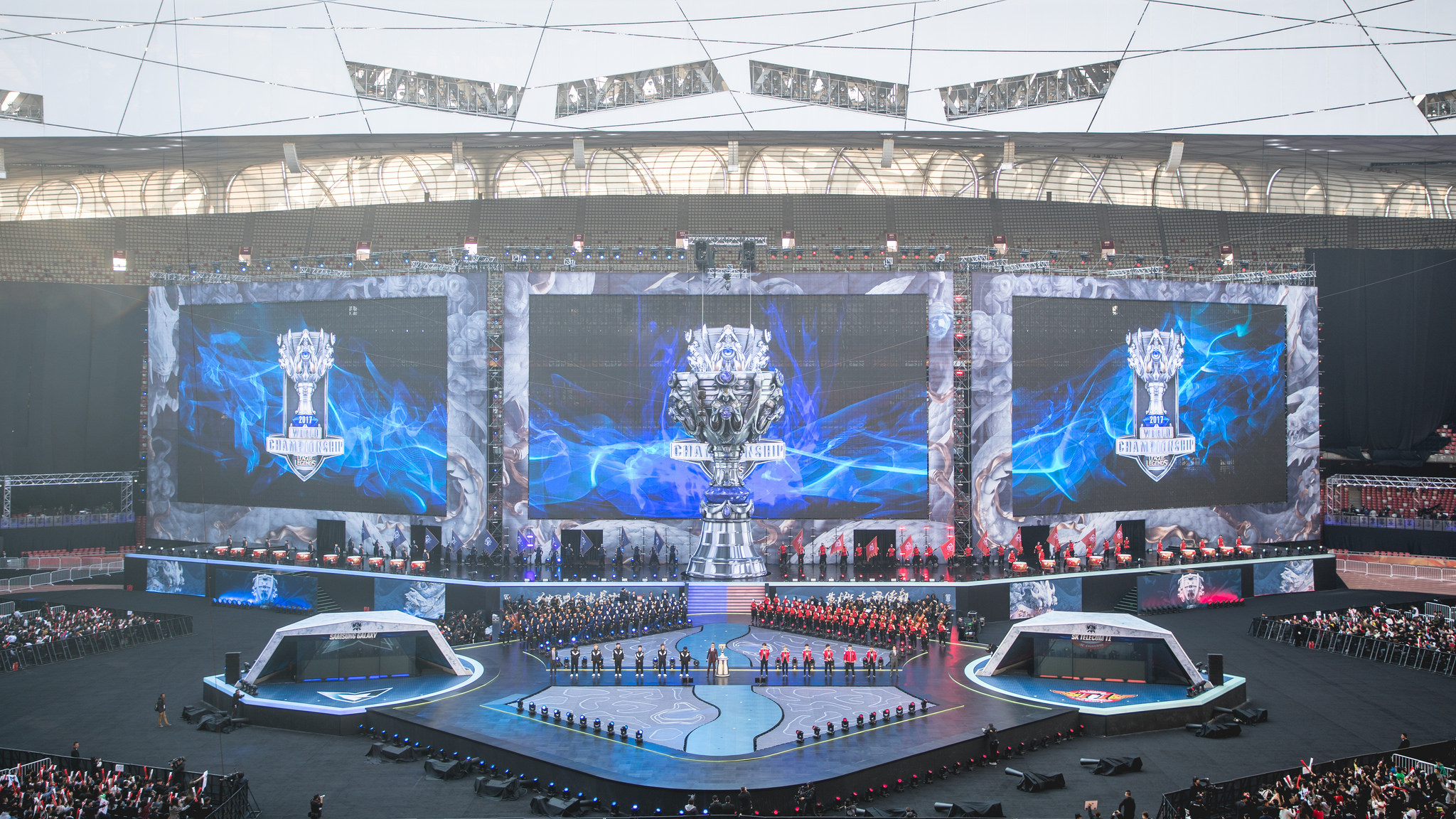 The League of Legends World Championship is right around the corner, bringing some of the best teams to South Korea to prove that they can be world champions.

Before things kick off, however, teams need to know who they’re playing against, which is where the Worlds Play-In and Group draw comes into action.

Both the Play-In draw and Groups draw will take place on Sept. 23 at 7am CT. There, the 24 teams taking part will learn who they’re up against throughout October on their quest to win the title.

The Play-In Stage starts on Oct. 1 and ends Oct. 7. Twelve teams will be looking to win their respective groups for a shot at earning a spot at the Worlds Group Stage, which begins on Oct. 10.

How are teams seeded?

The 12 teams taking part in the Play-In Stage are split into three different pools based on the last two years of competitive results internationally.

The Play-In pools at a glance

How does the draw work?

One team from each pool will be placed into either Group A, B, C, or D. All four teams from pool one will be drawn first, followed by pool two and then pool three.

The three teams in each group will then face off against each other in the Play-In Stage for a shot at making it to the Group Stage.

Groups will begin on Oct. 10, with 16 teams looking to qualify for the knockout stages by finishing either first or second in their respective pool. The Group Stage ends Oct. 17 with knockouts beginning on Oct. 20.

How are teams seeded?

The 12 teams that qualified for the Group Stage along with the four teams to qualify from the Play-In Stage will be split into four different pools that will be placed into four groups.

Out of the five major regions, the four that performed the best at this year’s MSI are given slots in pool one for their first-seeded teams, while the worst performers’ (the NA LCS) first seed are placed into pool two.

The Groups pools at a glance

That leaves the four teams that qualified via the Play-In Stage to make up the final four slots in pool three.

How does the draw work?

The group draw on Sept. 23 will only place teams from pool one and two into groups. The teams that have yet to qualify for the third pool will then be drawn into existing groups after the final Play-In elimination match on Oct. 7.

Unlike in the Play-In draw, however, the Group draw has certain rules. For starters, a group can’t have more than one team from the same region in it. So if two EU LCS teams were drawn in the same group, for example, then the second EU LCS team would move to the next available group.

On Oct. 7, when pool three teams are added to the existing group, it’s possible that the draw can become invalid in a few situations.

In these instances, checks are carried about before the draw to see which teams can go where. Teams could be automatically placed into one of the four groups even before the draw begins, or during it, if they can’t go anywhere else.