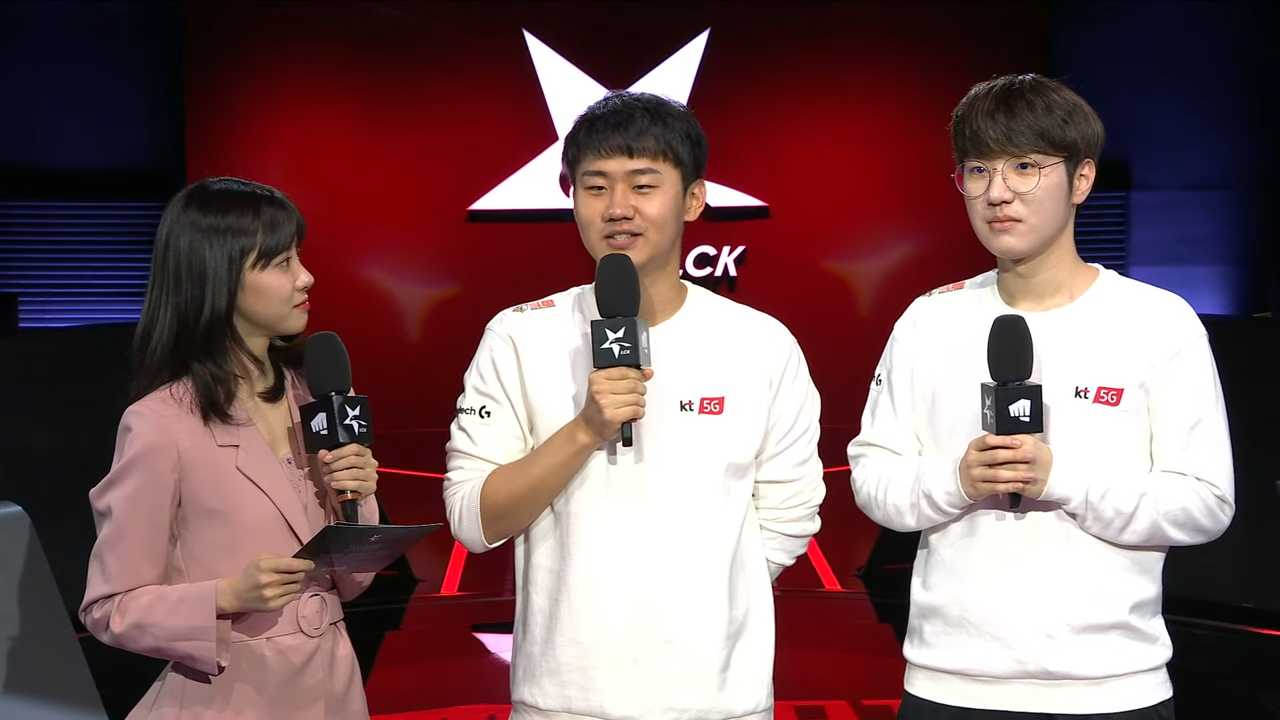 KT Rolster picked up their first LCK match win of the 2020 League of Legends season today against Afreeca Freecs. Top laner Jeon “Ray” Ji-won and mid laner Lee “Kuro” Seo-Haeng played well throughout the entire series to lead their team to a 2-1 victory.

While KT Rolster is trying to climb from the bottom of the standings, Afreeca Freecs were tied for first at one point and are actively trying to maintain their position. All odds were against KT but they pulled through and secured their first win of LCK Spring Split.

Ray showed a remarkable display of skill in the first game on Mordekaiser, dominating his opposing laner and snowballing the game for this team. Kuro replicated Ray’s success in the third game on Nautilus by picking off AFS members who were out of position and securing objective afterward.

While AFS tried to come back in the third game and secure their win to cement their position near the top of the standings, a good initiation by Ray near the Baron sealed their fate and sent them home.

KT went through a rough two years. After losing most of their core players due to a poor showing at Worlds 2018, they tried to rebuild around their star top laner Song “Smeb” Kyung-ho, but they were unable to reach the same heights.

The organization went from winning LCK Summer Split 2018 to finishing ninth in LCK Spring Split 2019. KT used to be a rival of T1 during the Telekom Wars but has become a shadow of its former self. While the current roster is trying it’s hardest to pick up wins, other teams are just better mechanically.

Today’s win was unexpected, but it did not improve KT’s standings in the LCK Spring Split. They remained in the 10th place with -7 points, and their current performance is a straight road towards the relegation tournament.

Their next match will be against Sandbox Gaming. The two teams will face off on Wednesday, Feb. 26.