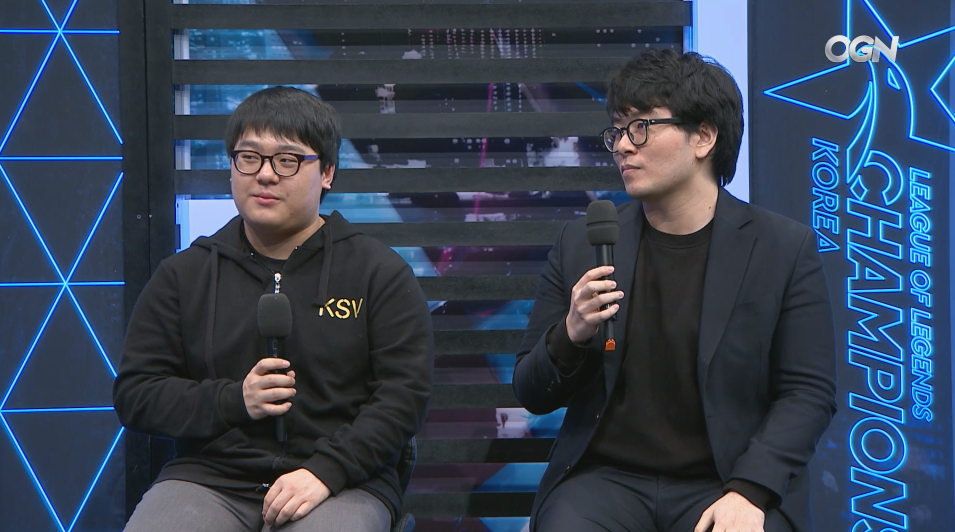 KSV Esports are closer to earning a spot in the playoffs after an unexpected win over KT Rolster to close out their seventh week of LCK Spring Split play.

KT, on paper, were the overwhelming favorites to win tonight’s match as the second-place team in the league right under KINGZONE DragonX. But KSV have repeatedly upset KT in the past under their old Samsung Galaxy moniker. In addition to KT’s proclivity to inexplicably lose random games, this made tonight’s matchup hard to predict.

The series looked to be a clean sweep after a decisive game one victory by KT. After KSV’s attempted pick of support Cho “Mata” Se-hyeong, KT broke game one’s 23-minute stalemate with a spectacular teamfight that earned them four kills and the Baron buff. From this point, KT had complete control of the map and game, and after a few base pushes and one more Baron buff, KT found KSV’s Nexus.

KSV turned the series around in game two with the help of their top laner Lee “CuVee” Seong-jin, who took over the match as Gnar. CuVee’s dominance over rival top laner Song “Smeb” Kyung-ho kept KSV in the game, despite being outskirmished by the rest of KT multiple times.

CuVee didn’t make the game-winning play, however—that was KSV mid laner Lee “Crown” Min-ho’s Velkoz. Crown weaved his abilities in the face of four KT players, which bought enough time for the rest of KSV to come to his aid and almost entirely wipe KT.

CuVee and KSV carried this momentum into game three, where they continued to find advantageous fights. In these fights, KT couldn’t get past KSV support Jo “CoreJJ” Yong-in, who blocked almost all of KT AD carry Kim “Deft” Hyuk-kyu’s Xayah feathers with his Braum shield. These teamfights quickly piled up for KSV, who accrued a large gold lead and enough objectives to close out the series.

With a 2-0 week seven under their belts, KSV will now prepare for their upcoming match against Jin Air Green Wings, which is set for March 13.