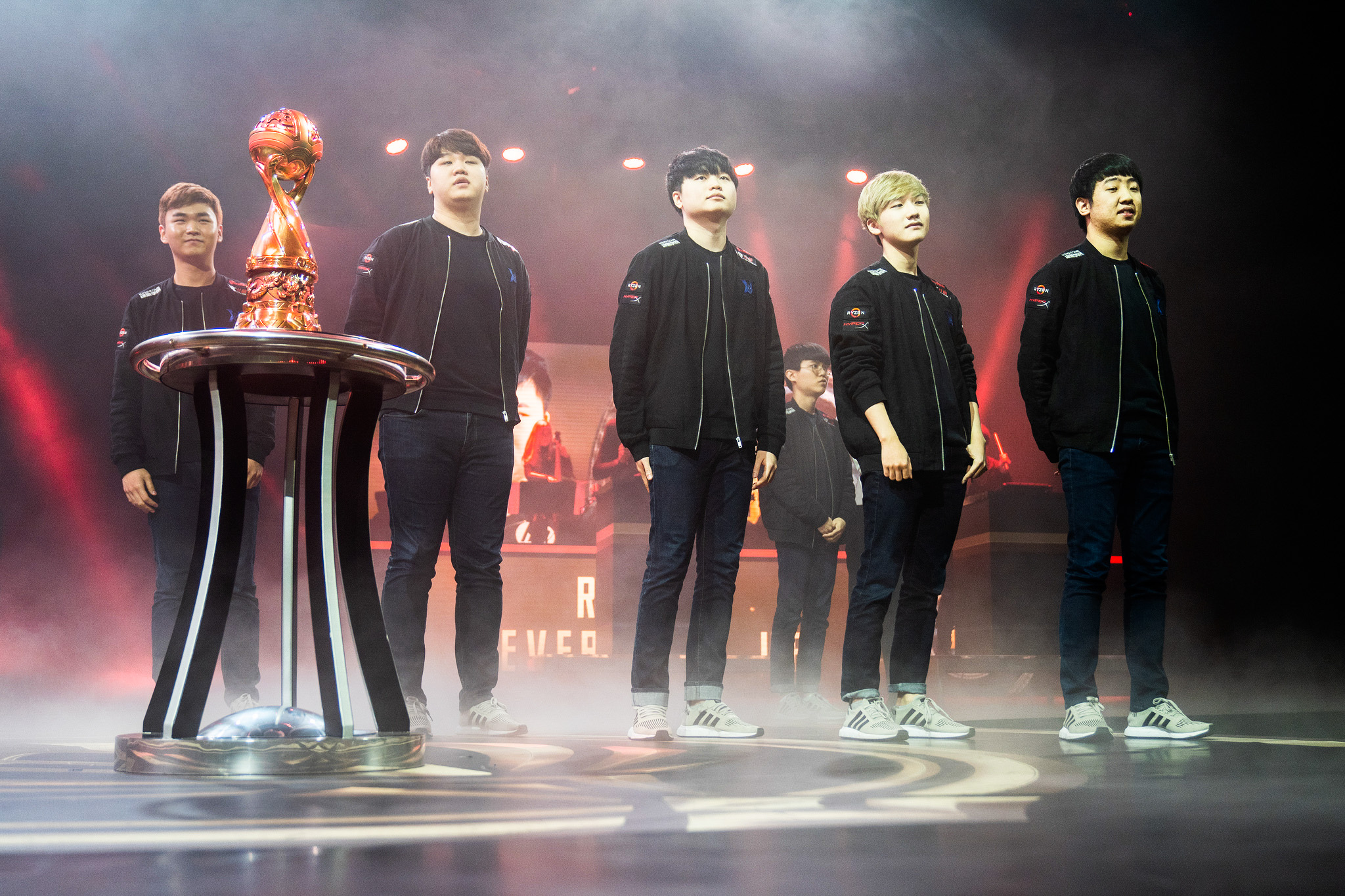 The 2018 LCK Summer Split started with a bang last night. All sorts of funky team compositions and strategies were on full display in the opening match between bbq Olivers and MVP. Last year’s cheese has truly become this year’s meta.

But tonight, the real action begins when defending LCK champions KINGZONE DragonX take on Gen.G, the renamed Samsung Galaxy squad that are the reigning world champions. While there will be pressure on both teams to perform, it will be highest on the shoulders of the KINGZONE players. That’s why the most important thing KINGZONE can do this summer isn’t something to do with strategy or training. They need to relax.

Only when they can play freely without worrying about anything but themselves will KINGZONE unlock their true potential as a dominant team.

Pressure can do weird things to teams. It can unwind entire strategies, as NA LCS teams have seen countless times at international events.

Gen.G have faced that pressure before, and overcome it. They already have their white whale, that big international trophy. Even if they never win another, they’ll always be known as the team that stopped the SK Telecom T1 dynasty. But KINGZONE’s story is different. Twice in a row they’ve entered a major international competition as the favorites, and both times, they’ve failed.

It’s hard to imagine the effect that’s had on their players. ADC Kim “PraY” Jong-in said that he had to avoid message boards after the team lost at MSI a month ago. That’s why, instead of worrying about team comps and strategies, what they need to figure out is how to play relaxed.

All they have to do is look back to the MSI final for an example. After years of choking on stage in big moments, Royal Never Give Up ADC Jian “UZI” Zi-hao finally figured out that his fans love him, win or lose. That relaxed mentality gave him a tremendous leg up.

Meanwhile, KINGZONE’s Pray, support Kang “GorillA” Beom-hyeon, and jungler Han “Peanut” Wang-ho—despite having played in major international finals before—looked scared. KINGZONE simply didn’t play the same champions, the same style, that has been so successful for them in domestic play for the past year.

That’s why they came up short. When they needed their best, the pressure got to them and they couldn’t summon it.

The legend of SKT

The players may not feel like it now, but it’s okay to lose at international events. It really is! Just look at UZI and RNG—UZI lost in final after final before overcoming KZ at MSI. It literally took him years to finally lift that trophy.

In the modern history of professional League of Legends, there has only been one team that was immediately successful on the international stage. It’s the one team that everyone is chasing, even today: SKT.

In 2013, led by teenage sensation Lee “Faker” Sang-hyeok, who was still a rookie, SKT somehow blew past the competition and won Worlds, bringing the Summoner’s Cup home to Korea for the first time. Over the next few years, Faker made winning international titles look easy, establishing an SKT dynasty in the process.

SKT’s instant success and continued dominance set standards that have thus far proved impossible to match, even for fellow LCK squads. Even Samsung—in both their 2014 and 2017 title runs—took time to jell.

The last thing KINGZONE should worry about is living up to the legend of SKT. It’s hard to believe, but because of the quirky LCK playoff system, we’ve only seen KINGZONE play in five best-of-fives matches over the last two seasons (they’re 3-2). That just isn’t enough time to tell how great this team can be.

And that’s why they need to relax. Tune out the criticism and focus on their game. They have a great opportunity tonight at 12am CT against Gen.G to do exactly that.