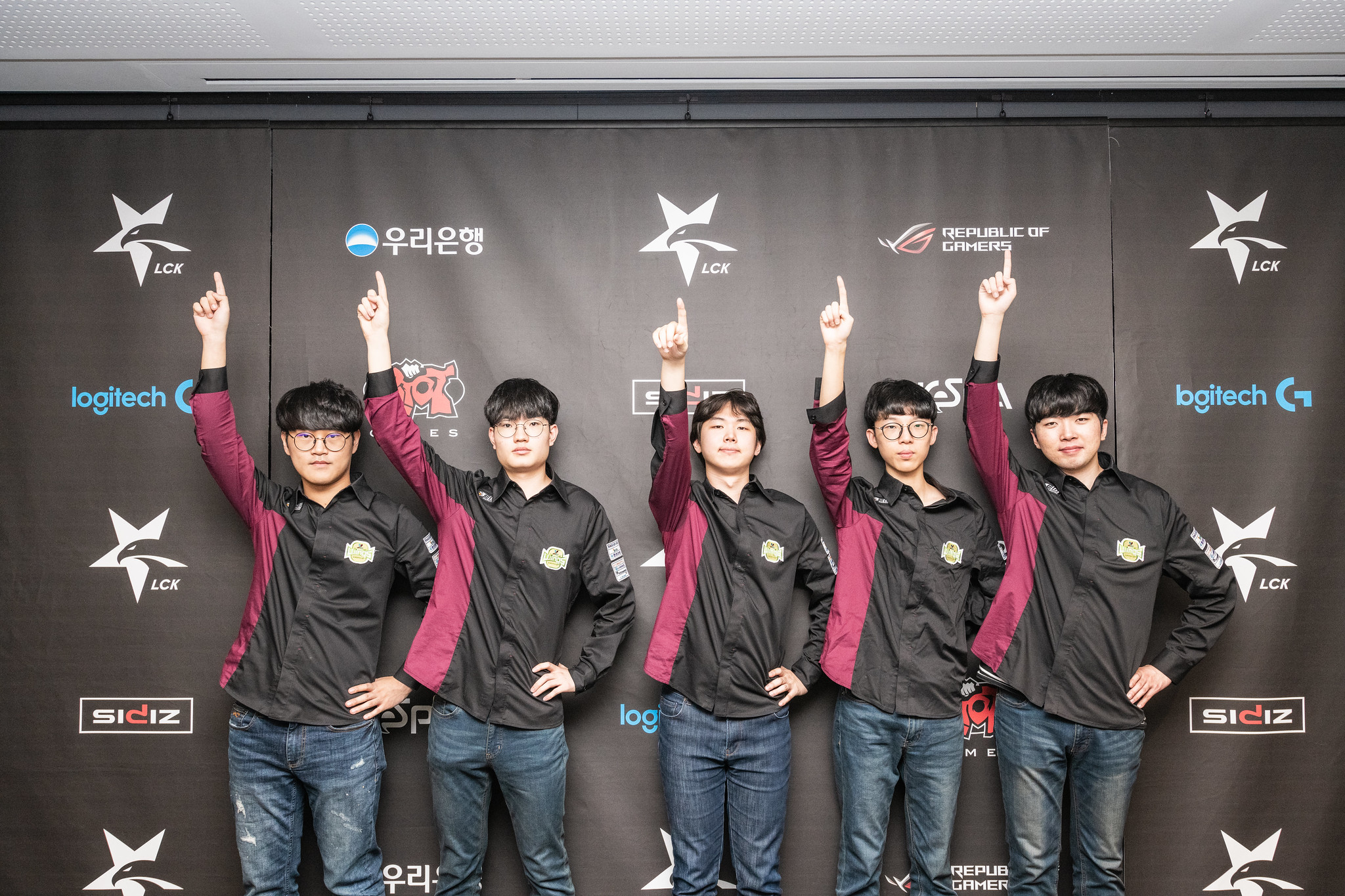 Raise your gladplanes, LCK fans—Jin Air Green Wings will be returning to the LCK this summer after crushing ES Sharks in the final qualifying round of the promotion tournament.

“It was really hard, and there were a lot of struggles,” Jin Air head coach Han “H Dragon” Sang-yong said in the post-game interview. “During preparation, a lot of teams were on vacation, but we were always in the gaming house preparing, so I just want to give my appreciation to the players on all their hard work.”

But while these early leads gave Jin Air control of the game, it didn’t guarantee them a win, as seen in game three where a couple of bad fights on the side of Jin Air allowed ES Sharks to come back from a major deficit.

“Well I did expect a 3-1 score, because our players showed some mistakes they were making in practice games,” H Dragon said regarding Jin Air’s performance. “I’m okay with the mistakes, but I was worried about their mentality. But they were really strong, so I was happy to see them perform well.”

And arguably the strongest player on Jin Air today was top laner Heo “Lindarang” Man-heung, who single-handedly won teamfights for his team through teleport flanks as Kennen. “I just really wanted to stay in the LCK, that was the biggest force which allowed me to do well,” Lindarang said about his play.

After securing their spot in the LCK for another season, Jin Air are now free to take a vacation before the LCK Summer Split begins. While no exact date has been announced, expect the LCK to return sometime in June.