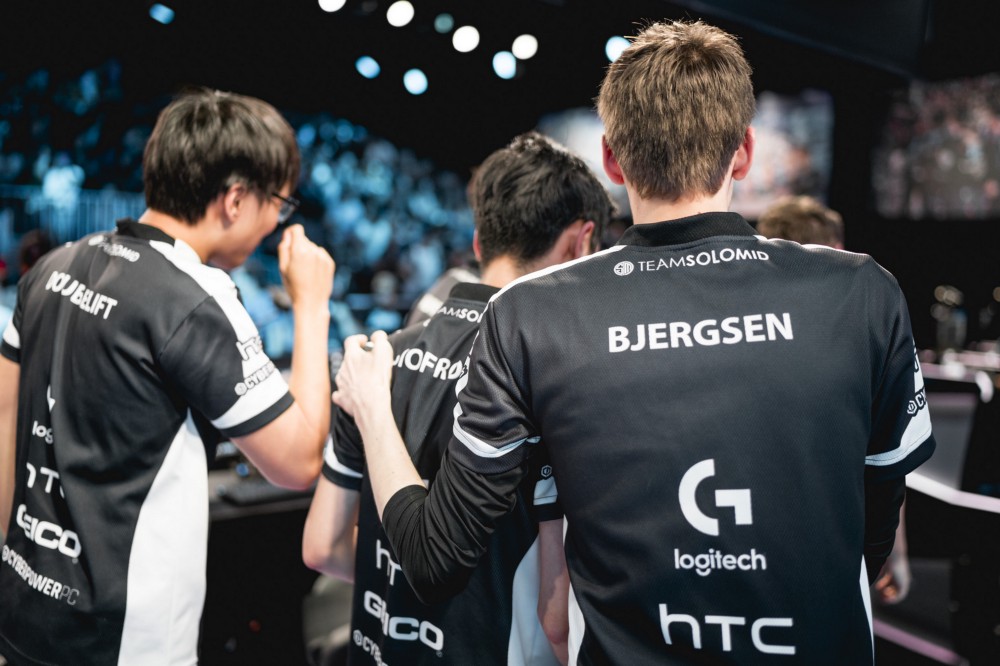 The Intel Extreme Masters events have a storied history in the world of esports. Even though Riot-sponsored tournaments have far surpassed them in prestige, these are still some of the only opportunities we get to see professional League of Legends teams compete across continental lines.

Today’s quarterfinal stage went according to the script. Unicorns of Love dispatched INTZ e-Sports and Longzhu Gaming easily handled The Chiefs eSports Club. Now we get to the business end of the tournament, with the teams from the major regions meeting in the semifinals.

Unicorns of Love vs Team SoloMid

Like nearly every game that features Andy “Reginald” Dinh’s team, this match will be all about TSM. What will Jason “WildTurtle” Tran look like with the team? Can Vincent “Biofrost” Wang assume a larger leadership and shot-calling mantle in the absence of Yiliang “Doublelift” Peng? And can the team finally win a multi-game series in international play?

No doubt we will be serenaded by chants of “TSM! TSM!” from the home crowd in Oakland. But don’t forget Unicorns, who looked fairly strong in their games today against INTZ. They may be a wildcard, but this is a team that made it to Worlds and knocked off a pre-tournament favorite in EDward Gaming.

UOL’s dominance today came via their jungler Kang “Move” Min-su, and support Zdravets “Hylissang” Galabo. UOL scouted INTZ well, understanding how much the wildcard relied on top laner Felipe “Yang” Zhao to carry. INTZ had opportunities early but couldn’t turn them into kills and objectives while UOL punished their mistakes.

The key in the semifinals will be the mid lane duel between UOL’s Fabian “Exileh” Schubert and TSM’s Soren “Bjergsen” Bjerg. You wouldn’t be able to tell from the ending scorelines, but INTZ’s Gabriel “Tockers” Claumann had some strong moments against Exileh. Bjergsen is going to be a much tougher opponent. In this meta, it almost doesn’t matter who is playing ADC if a team can unlock pressure through the middle of the map.

Also, keep an eye out for TSM’s macro game. That facet suffered immensely at Worlds as teams like Samsung Galaxy and Royal Never Give Up dragged TSM around the map, forcing them to sacrifice farm in order to fight for vision and objectives. North American fans will want to see the team setting up “6th man” waves to work with. What they don’t need is to group constantly and just fight?—?they are strong midgame fighters, especially with WildTurtle. But the best teams in the world can win in multiple ways.

IEM has been called a “lose-lose” for Korea’s Longzhu Gaming. But there’s no reason for the team or its fans to feel that way. Beating Flash Wolves and TSM, even with both teams fielding a new player in the bot lane, is no small task. And losing to Flash Wolves wouldn’t be a complete shock?—?Flash Wolves have taken down the likes of SK Telecom T1 and other top-tier Korean teams.

Since the patch that removed lane swaps, mid lane has been a huge priority, and so it will be in this match. Longzhu’s Kim “Frozen” Tae-il had trouble with Chiefs mid laner Simon “Swiffer” Papamarkos’ Orianna. Longzhu’s talent, especially in the duo lane, eventually won the day. But they will not have that luxury going against Flash Wolves’ combination of Huang “Maple” Yi-tang in the mid lane and Hung “Karsa” Hau-Hsuan in the jungle.

It’s possible that Longzhu jungler Lee “Crash” Dong-woo will choose to focus the bottom lane instead, where Flash Wolves are starting a rookie Hung “Double Red” Hau-Hsuan at ADC. Crash and top laner Lee “Flame” Ho-jong combined for some clutch back-line dives that won them the series against Longzhu. We will see if they can take advantage of Double Red’s inexperience or of Flash Wolves’ practiced since Worlds has paid off in the form of strong team synergy.

A look ahead to the Final

No matter how much they’ve disappointed in the past, it would be another big surprise if TSM didn’t make it to the Final. They would match up well against Longzhu if Bjergsen can build a mid lane advantage. It would be big for this team’s psyche to finally beat a Korean team in a best-of series, even if it’s one the usually places in the bottom half of the standings.

Flash Wolves would cause either UOL or TSM more problems due to Karsa’s ability to hold down the fort. A lot will come down to how Double Red performs and how the top lane looks. But with the games being held in TSM’s backyard, it’s hard not to peg them as the favorites for Sunday.