Griffin’s return to the LCK was closer than they were hoping for. 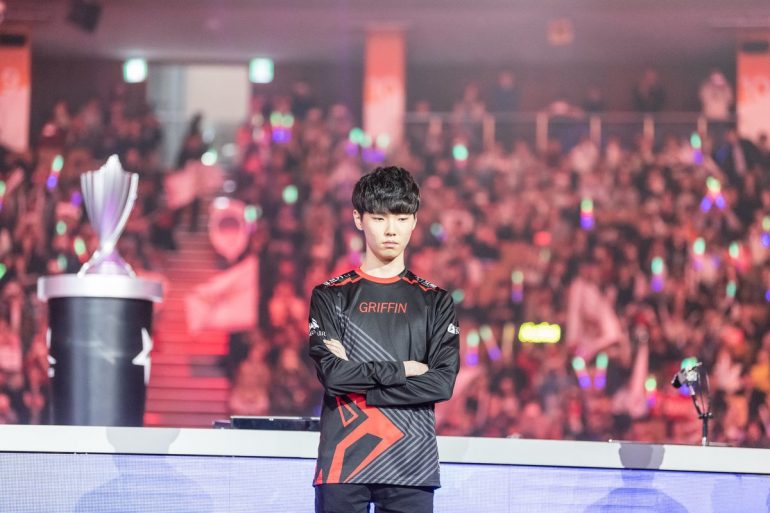 Griffin beat against Afreeca Freecs in their first game of LCK Summer 2019, but the 2-1 result was a lot closer than Griffin fans were hoping for.

Game one saw Griffin pull out two unconventional picks, with Jeong “Chovy” Ji-hoon on Camille in the mid lane and Son “Lehends” Si-woo. Both picks have been dominating Korean solo queue, and Griffin put them to use against Afreeca’s hard scaling composition.

However, it wasn’t the Camille or Lux that shone, but an unlikely hero in Choi “Sword” Sung-won’s Jayce in the early game. He forced Kim “Kiin” Gi-in’s flash early thanks to a gank, before solo killing him at around 11 minutes.

As the game drew out, with not a lot of action happening before 30 minutes, Afreeca went to baron with Son “Ucal” Woo-hyeon’s Azir and Kim “Aiming” Ha-ram’s Xayah to force a fight around an objective. It didn’t go to plan, however, with Lee “Tarzan” Seung-yong’s Sejuani securing a 50/50 smite steal, while Park “Viper” Do-hyeon’s AP Kai’Sa wiped out Afreeca’s back line.

With this, the gold lead blew out to over 6,000 gold, and while Afreeca managed to grab both an elder dragon and baron buff back-to-back, Aiming’s slight lapse of concentration found him caught out, and the rest of Afreeca fell down with him. Griffin marched up mid, ending the game just short of 38 minutes.

Griffin didn’t manage to bring that momentum into game two, as they looked like a shell of themselves. Every lane lost hard. Afreeca jumped out to a 7-0 kill lead, all while locking out Griffin from dragon control.

But no matter how many dragons, gold leads, or baron buffs Afreeca had, they didn’t have the siege power to end the game. Locked in a stalemate for over 15 minutes, Griffin held off eight siege attempts from Afreeca. Even with double elder and baron buff, Afreeca couldn’t find the fight they needed to break open the base as Griffin, with their backs against the wall, mounted comeback-after-comeback.

Finally, though, at 45 minutes, Ucal and Aiming were able to catch out Chovy, and Griffin’s stalwart defense inevitably came crumbling down as Afreeca forced a third game.

In game three, Griffin again locked down Camille and Lux, and the game broke out into an all-out brawl from the moment minions spawned. Chovy got first blood at two minutes against Aiming’s Yasuo, before Tarzan was caught in the Afreeca jungle, forcing another skirmish just mere seconds later.

The game never really settled down, with both teams going at each other’s throats until Griffin edged out a lead of about 10,000 gold at 24 minutes. With their advantage, Griffin pulled off the split push with Camille and picked Afreeca apart at the seams with Sword and Viper almost untouchable.

Griffin took home the points with some signature innovation, but it was a lot closer than expected. Griffin will take on Damwon Gaming on June 8, while Afreeca will face defending champions SK Telecom T1 on June 9 to finish off the LCK opening week.