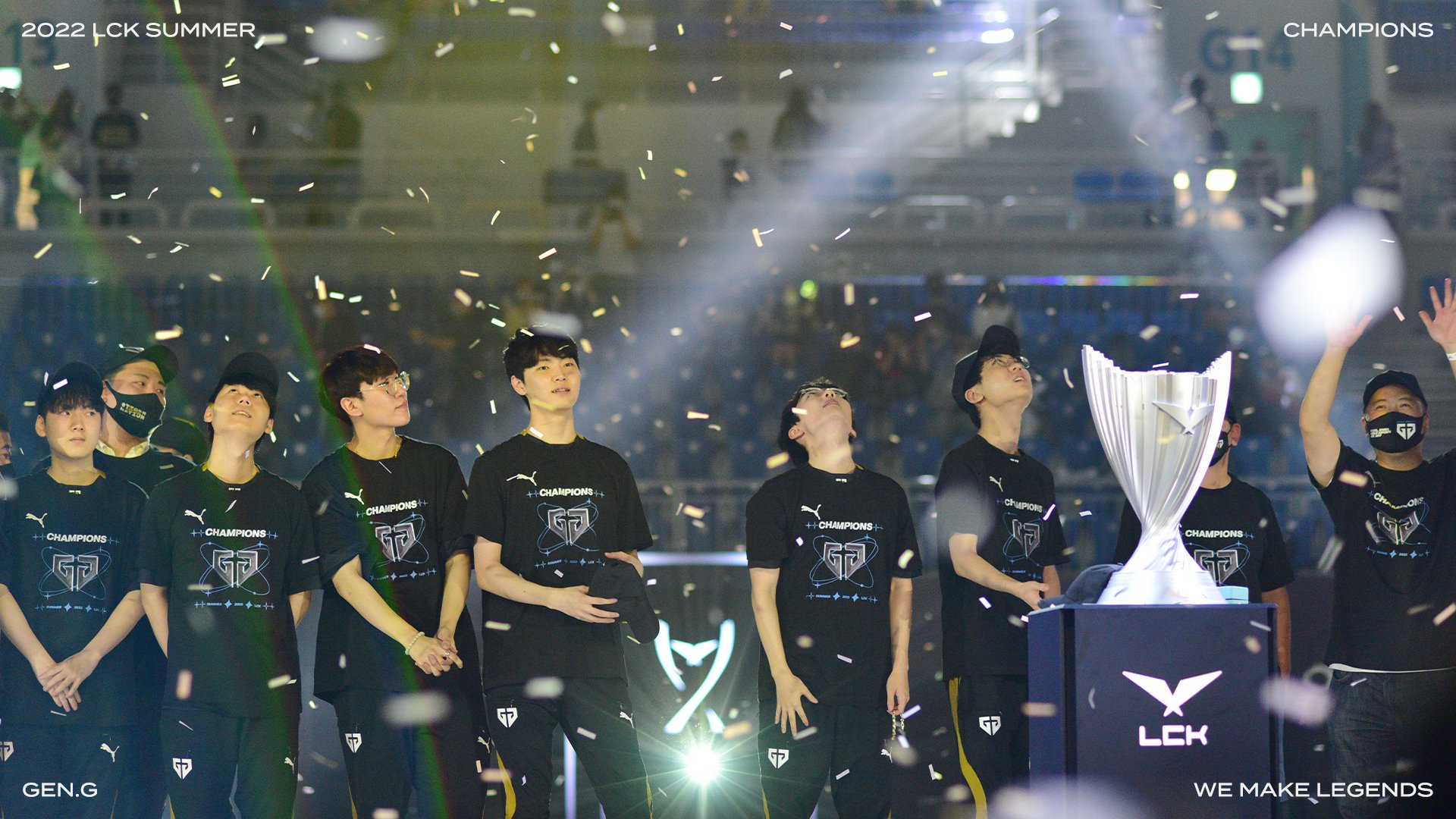 After three weeks of competition, the 2022 LCK Summer Playoffs culminated in the top two seeds of the region meeting for the chance to call themselves the LCK champions.

In one of the most single-sided series in recent LCK history, Gen.G successfully swept T1, a team that, mere months ago, fans around the world thought was unstoppable, to add a Playoffs victory to their regular season win. Despite the outcome, both of these teams will be moving on to represent the region at the World Championship, where they have the potential to add even more accolades to their histories.

Yet before the series could begin, players and fans were faced with an unexpected adversary delaying the anticipated action: an unknown network error. This delayed the start of the series by over an hour, forcing the broadcast to run a previous episode of “The POG State” podcast, replay various vignettes hyping up the series, and have the casters analyze the histories of the teams to fill the remainder of the time.

In typical LCK fashion, both teams played game one slowly and methodically when the series finally began. The extended delay did not appear to deter either team as both side’s carries farmed their way to items that would allow them to thrive in team fights. Unfortunately for T1, Gen.G had accumulated a large lead through epic objectives that gave them control of teamfights, complete with a quadra kill for Ruler’s Zeri to close the game for Gen.G.

A heavy roaming composition from Gen.G gave them quick control of game two—completely contrasting the tempo set in the first game of the series. Lehends had opted for Singed support, a rather off-meta pick, that allowed him to run around the Rift with ease and be an incredible nuisance for Faker to watch out for in the mid lane.

Within 20 minutes, T1 did not have a single kill or objective, while their opponents rewarded themselves with the tools they needed to maintain their lead. Only a few minutes later, an Infernal Soul was the last piece of the puzzle Gen.G needed to blaze through their opposition, then reach match point.

For T1 to match this newfound early-game pressure instituted by T1 in game two, they handed Oner Vi to more easily gank the team’s lanes. This afforded the team a quick first blood and gold advantage in the hands of Oner, though the action began to diminish as the mid-game approached.

Once more, Ruler and Lehends got hold of the dreaded Zeri/Yuumi combination that allowed them to steamroll through T1’s front and backlines. Even though T1 had accumulated some objectives, they could not stop the movement of the swift ADC, allowing Ruler to catch up to any opponent that dared to run away from him.

Zeus could do little more than watch as the entirety of the Gen.G squad stormed the base and secured their place as the LCK champions. This marks the first LCK Playoffs that Doran, Chovy, Ruler, and Lehends have won, while veteran Peanut enjoys another trophy earned against his former team.

Gen.G and T1 will represent the LCK at Worlds this year, beginning on Sept. 29 with the play-in stage in Mexico City, Mexico. The third seed from the LCK to advance directly to the Worlds group stage will be determined via the 2022 LCK Regional Finals this weekend and will be filled by either DWG KIA, Liiv SANDBOX, KT Rolster, or DRX.

The runner-up of the Regional Finals will begin their Worlds journey in the play-in stage and need to progress through that leg of the competition to join the other LCK teams.