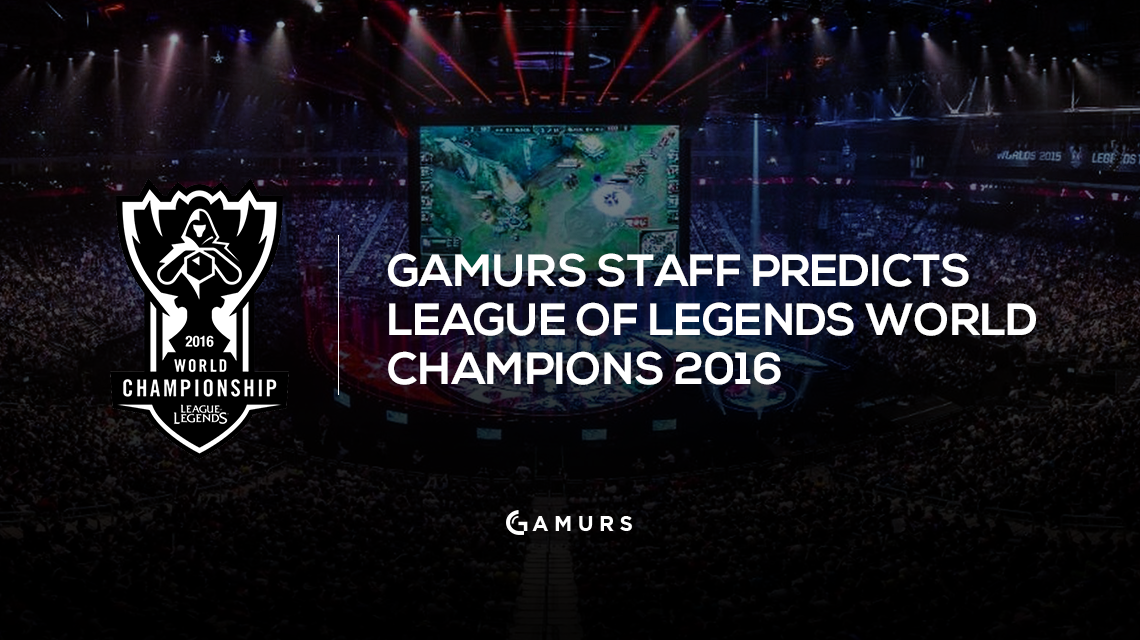 Sixteen teams are heading to North America as the 2016 World Championship looms. It’s hard to think that it has already been a year since such a fantastic European World stage, but now, with a new crop of talent beginning to take their individual regions by storm, will they be able to perform on the one stage that matters most: the world championships?

TeamSoloMid, Cloud9, CounterLogicGaming all go into Worlds as the hometown favourites, looking to be the first NA team to win the competition.

G2 Esports, Splyce and H2k-Gaming head up the European contingent, looking to prove themselves. With two of the three teams world debutants, it will be interesting to see if they can build off the success Origen and Fnatic had last year.

ROX Tigers, SK Telecom T1 and Samsung Galaxy are showing impressive lineups as they look to continue the Korean dominance going into Worlds.

Edward Gaming, Royal Never Give Up and I May are looking to get some redemption after Chinese teams failed to show up last year and gave up a lot of games, but all three teams are looking stronger than ever.

Flash Wolves and ahq e-Sports club return once again to the world’s stage, a place for these teams was given considering their overall dominance in their regionals.

And lastly, INTZ e-sports and Albus Nox Luna head up the final two places with the international wild card slot. Could we possibly see them making an upset?

We asked our editorial team who they think will be taking home the coveted crown. Here is what they had to say:

“Depending on the groups, I think SKT will win and either TSM or ROX will take second. Take that as you will.

My reasoning for SKT is that they always show up at worlds, despite how they looked during the split. They know how to systematically shut down most teams who aren’t in tip-top shape. I think TSM has a fighting chance at defeating SKT and ROX, but they’re going to have to play perfectly, and if they don’t, ROX will probably take second just due to sheer skill.”

“It all depends on the group draw, but I think ROX is the best team in the tournament. In my opinion, second could be anyone between SKT, EDG and TSM, in no particular order there.

It’s just impossible to bet against ROX at this point. Individually and as a team, they are better than everyone else. Plain and simple. SKT only has a shot if they have solid jungle play, otherwise, they can’t compete for that top spot. EDG is pretty interesting and a ridiculously strong squad. They are really in form right now and ClearLove alone can make them compete for the top spot. TSM is kind of the wildcard and it shows my hope for North America.

Realistically, they make it out of groups almost no matter what and could pretty easily make it to the semis. It all depends on the draw. From there, it’s a matter of how they show up. Sven and Hauntzer will need to be able to compete against the best top lane and junglers. If they can do that, they have a chance.”

“I would love it if TSM won on home turf. I have a lot of love for the organization, but being realistic, it will probably be SKT/Rox unless a miracle happens. CLG showed the world at MSI that NA can be right up there this year, I just hope we don’t get another faulter out the gates. The groups will be a big decider in it all. But I’m not counting on any European team to get out of the group stages.

In short, SKT/Rox to win and maybe G2/TSM to be the runner-up. Like I said, it’s all down to those groups. I can forsee tons of group of deaths.”

Who do you think will win Worlds? Which team will you be supporting at this event? Are you attend Worlds? Send answers to these and more @GAMURcom or @MonkeyKingHero on Twitter or down below in the comments!